Turning food by-products into fodder could feed a billion people

Food by-products are already part of animal feed, but their use can be increased, according to the study. Photo: Arisa Chattasa via Unsplash.

FROM WASTE TO FOOD: While millions around the world face the threat of famine or malnutrition, the production of feed for livestock and fish is tying up limited natural resources that could be used to produce food for people.

A new study published in Nature Food, shows how adjustment to the feeding of livestock and fish could maintain production while making more food available for people.

"These changes could increase global food supply significantly, providing calories for up to 13% more people without requiring any increase in natural resource use or major dietary changes," says centre researcher Max Troell, one of the authors.

Currently, roughly a third of cereal crop production is used as animal feed, and about a quarter of captured fish aren’t used to feed people.

Food for one billion people

The international team analysed the flow of food and feed, as well as their by-products and residues, through the global food production system. They then identified ways to shift these flows to produce a better outcome. For example, livestock and farmed fish could be fed food system by-products, such as sugar beet or citrus pulp, fish and livestock by-products or even crop residues, instead of materials that are fit for human use.

"This transition is already happening, but there is potential to increase the use of by-products even more"

Max Troell, co-author of the study

With these changes, up to 10-26% of total cereal production and 17 million tons of fish (~11% of the current seafood supply) could be redirected from animal feed to human use.

"That may not sound like a lot, but that’s food for up to about one billion people," says Vilma Sandström from Aalto University, the first author of the study. 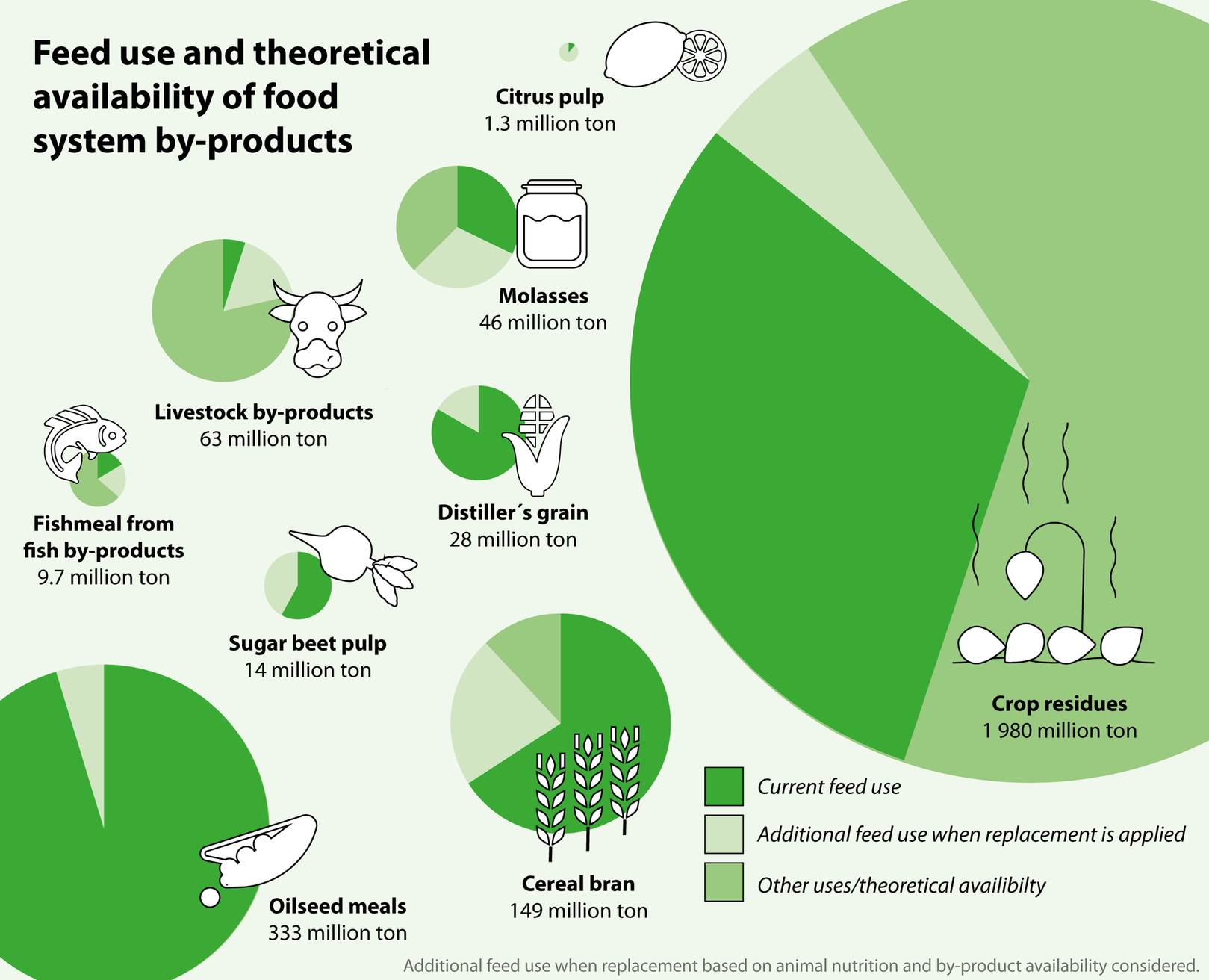 Not what people are used to

Some of the changes, such as feeding crop residues to livestock, would lead to a drop in livestock productivity, but the researchers accounted for that in their analysis. Another challenge is that the human-edible food currently used in livestock production and aquaculture is different from the food people are used to. For example, a different variety of corn is used in feed industries and some of the grains are lower quality, while the fish used in fishmeal production tend to be small, bony fish that currently aren’t popular with consumers.

"Mapping resources on this global level increases our understanding and ability to steer towards a circular economy. But what is still missing is detailed knowledge of how for example feed replacements affect animal health, quality and the environment", concludes Max Troell.