Just like looking at one of Georges Seurat’s paintings, researchers of today may need to take a step back to get the bigger picture. Too much focus on “getting each dot right” can affect decision-making. Photo: Georges seurat, la senna alla grande-jatte, 1888/Wikimedia Commons

CORRIDORS OF CLARITY: The French post-Impressionist artist Georges Seurat constructed his paintings using tiny juxtaposed dots of multi-coloured paint. Only by looking at the painting from a distance is it possible to see what it actually represents.

Just like Seurat’s paintings, researchers of today may need to take a step back to get the bigger picture.

They often retreat to “safe science”, focusing on smaller isolated problems, or insisting on collecting more and more data to build increasingly sophisticated models. This is equivalent to “getting each dot right” in an attempt to more rigorously capture reality.

This, however, is a bit like not seeing the forest for all the trees.

In a study published in BioScience, a group of centre researchers together with colleagues from around the world, analyse how to peer through this “mist of uncertainty” that threatens decisions.

“Although science thrives by gaining ever more nuanced and detailed description of reality, such details may not be that useful to decision-makers,” they write.

The four principles are:

(4) aim for getting the big picture roughly right rather than focusing on details.

“More complicated models do not necessarily predict future outcomes better than simpler models, and an overload of information can lead to cherry picking facts, greater polarization, and confirmation bias,” they conclude.

The study in BioScience is dedicated to late colleagues Kenneth Arrow, pioneering environmental economist Karl-Göran Mäler, and leading climate scientist Stephen Schneider. They all took part in a meeting on the island of Askö in Sweden, which was the starting point of the article.

For more information about the publication, contact co-author Anne-Sophie Crépin: 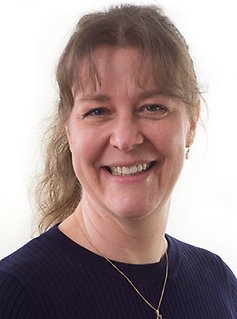