The water planetary boundary has been applied locally for a watershed in Colombia. The result is a digestible mix of socio-economic and ethical factors combined with biophysical constraints. Photo: F. Jaramillo

A FAIR SHARES APPROACH: Define a safe operating space for humanity on Earth. That was the ambitious goal achieved by centre researchers in 2009, when they launched the planetary boundary framework.

Since then, the framework has been applied to management and governance in several countries and regions including China, Columbia, EU, Finland, Germany, Netherlands, South Africa, Sweden and Switzerland.

Now they are interpreting this framework at local levels.

Looking specifically at the planetary boundary for freshwater use - or the water planetary boundary, a recent update that captures also the Earth resilience function of water in soil, atmosphere, aquifers, and in frozen form - , researchers ask: is it a question of slicing up the pie into “fair shares”?

Or should we apply the framework in a bottom-up way, considering locally relevant variables to find a “local safe operating space”?

The conclusion, published in the journal Earth’s Future, is a flexible approach.

By integrating these top-down and bottom-up perspectives they find a point of harmony for translating the updated water planetary boundary for local applications.

From wetlands to businesses

As the name implies, a fair shares approach requires ethical considerations. For instance, ice melt is strongly driven by anthropogenic climate change; however, the countries contributing most to climate change are not the same countries feeling the strongest impacts – so how can we divide up allocations of this frozen water?

Rather than trying to assess what is left to exploit, as might happen by comparing conditions to the global safe operating space under the fair shares approach, the focus should shift to actions needed to maintain and restore local environmental functioning.

For example, companies such as L’Oréal, Houdini and Alpro are already trying to implement the planetary boundary framework at different scales.

The new study presents an approach to local use of the water planetary boundary that combines the advantages of the fair shares approach (Earth System relevance and global responsibility) with the local safe operating space approach (local relevance).

The study compares the value added by fair shares approach and the local safe operating space approach to typical water management approaches in different contexts. They identify strengths, weaknesses, and principles for effective implementation of each approach.

To take advantage of the strengths, they propose a methodology to harmonize them to develop a set of local boundaries which are consistent with both local and global water sustainability.

To get there, centre researchers asked these questions:

(i) How can global-scale values be meaningfully divided to watersheds, nations, and commercial entities?

(ii) How does the planetary boundary framework complement existing approaches?

(iii) What questions need to be answered for the framework to aid local water management? 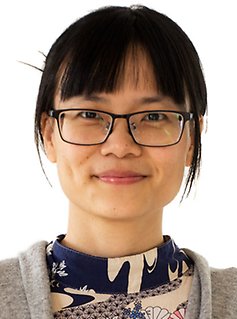 Lan Wang Erlandsson is a postdoctoral researcher in the Planetary Boundary Research Network focusing on the large-scale interactions between land, water, and climate, and their implications for resilience