Trees evaporate a lot of water, so their surroundings can get drier as tree cover grows. Photo: Eric Sonstroem via Flickr (CC BY 2.0)

Tree restoration is a great way to mitigate climate change and store atmospheric carbon. But when trees are planted at a large scale, regional water availability can be seriously affected

Trees are known to evaporate a lot of water – much more than smaller vegetation. Trees’ roots can retrieve water from far below ground and their large canopies function as a large evaporation surface.

But the real-life consequences of this effect are complex. While some studies have argued that increased evaporation from growing trees can reduce local water availability, this shortfall may potentially be offset in the case where the evaporated water rain down in the same areas.

That sounds promising, but does it hold true? A new study published in Nature Geosciences has compared the two effects using global models.

The research team from Luxembourg, the Netherlands, Germany, Sweden and Belgium concludes that if tree cover increases globally, the evaporation effect leads to a net loss in water availability over land of large areas.

However, the interplay of both effects varies greatly on different regional and local scales.

Large-scale tree-cover expansion can increase water availability by up to 6% in some regions, while decreasing it by up to 38% in others.

Even rivers are diversely affected by tree restoration; some of them could lose up to 9% of their streamflow. Others kept more or less the same flow in the models used by the researchers.

To have a benchmark for tree-cover expansion, the research team looked at estimates of the global tree-restoration potential. This dataset includes any area where trees could naturally grow and which is not currently used for agricultural or urban purposes, spanning across 900 million hectares of land globally. 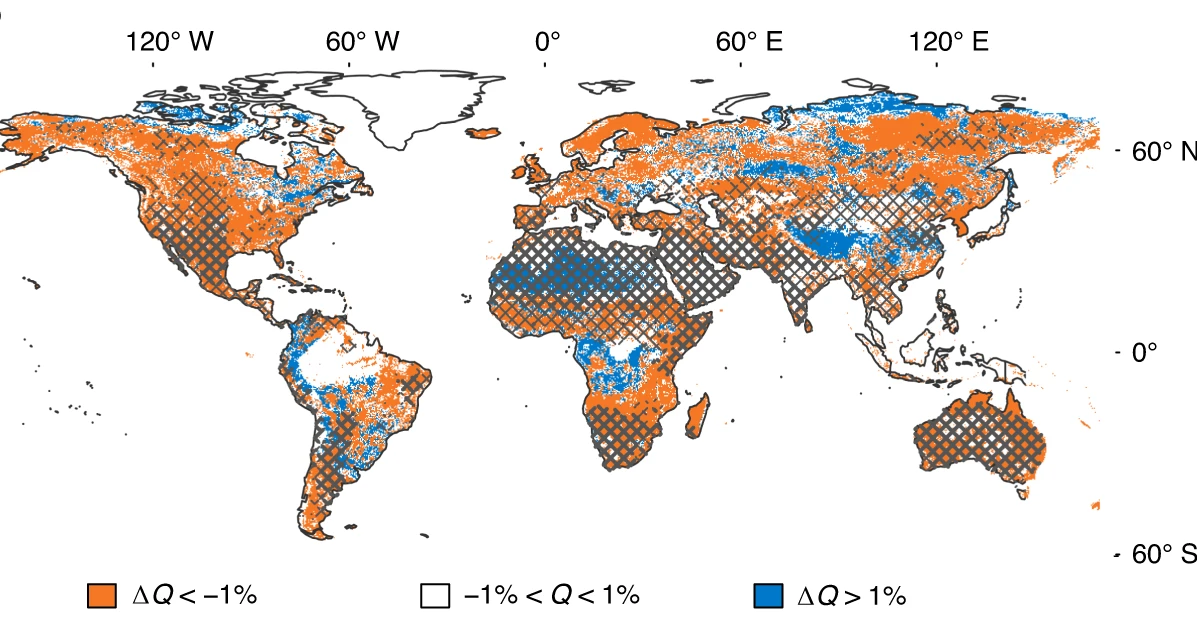 Especially hotspots of tree restoration can see a major reduction in water availability. And similar reductions could even affect regions that are already water-stressed, especially if they currently receive most of their rainfall from the sea.

If tree-cover expansion is managed carefully, it does however hold the potential to provide more water where it is scarce and to spread out the availability of water throughout dry seasons.

“It is important to consider hydrological effects in strategically planning forest restoration projects”, concludes centre researcher Agnes Pranindita who is one of the authors of the study.