River flows have changed dramatically since the beginning of industrialisation, according to a new study in Hydrology & Earth System Sciences. Photo: N. Anderson/Unsplash

Diminishing water flows may jeopardize the lives of millions of people that depend on the rivers for food production, energy or sanitation

NO LONGER FREE FLOWING: Rivers have extremely important functions not only for humans, but also for the ecology. They are a key component of the water cycle and provide habitat for freshwater ecosystems.

Yet, river flows have changed dramatically since the beginning of industrialisation, according to a new study, which was published in Hydrology & Earth System Sciences

The study was led by Vili Virkki at Aalto University in Finland, in collaboration with researchers in Sweden, Canada, Germany, the UK, Japan, and the Netherlands.

“Human exploitation of rivers is a sensitive balance between benefits gained from water use and adverse Earth system responses”, explains Lan Wang-Erlandsson, researcher at the Stockholm Resilience Centre and one of the co-authors.

Currently, we are not getting this balance right. 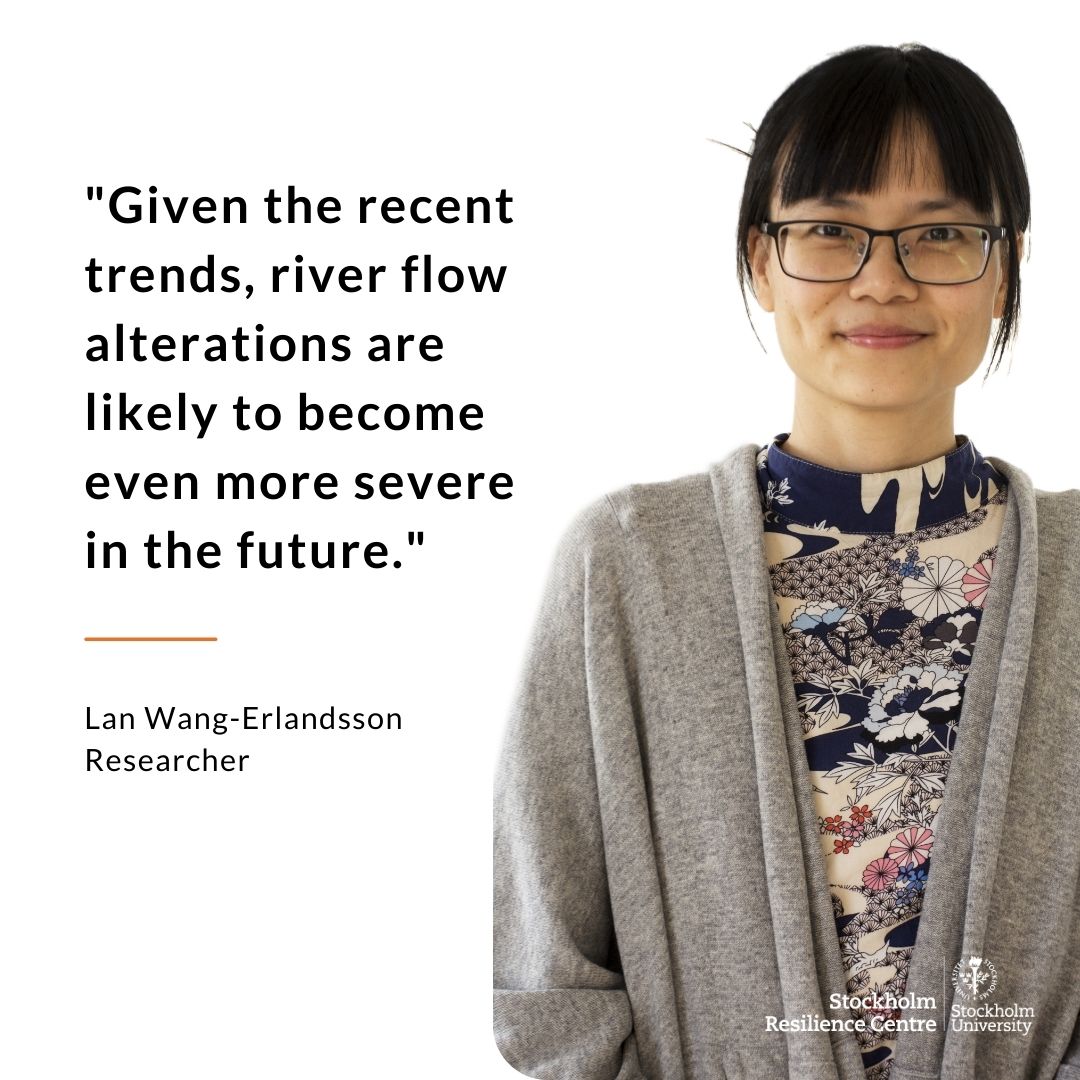 In the study, the authors compared historical river flows from a pre-industrial period with recent data. They mainly focused on how much water each river carried at a specific time a year.
From the historical dataset, the researchers established a baseline of what can be considered a natural fluctuation of water flows. Some year, there just happens to be more water going down the river than another; or less for that matter.

Then there are extreme events. Occasionally, the water level in a river might be unusually low or high. This can also be seen as part of a natural fluctuation and the historical data shows that such events happened even before industrialisation.

However, these events with extremely high and low water flows have become much more likely to occur now and are much more severe, than 150–200 years ago, the new research shows.

These events occur largely in arid and dry temperate climates, notably in areas where rivers are under a lot of pressure from human activities, such as in India, Eastern Asia, the Middle East and Central America.

As many of these areas are densely populated, diminishing water flows might jeopardize the wellbeing of millions of people that depend on the rivers for food production, energy or sanitation.

But even regions with rich ecosystems such as in South America are under threat.

While the study cannot establish definite causes for these changes, previous research has suggested three main drivers for alterations of flows: increasing water use, e.g. through irrigation; flow regulation, especially by dams; and climate change.

“Given the recent trends, river flow alterations are likely to become even more severe in the future,” Wang-Erlandsson and her colleagues warn.