Research identifying the largest corporations in the global seafood industry has positioned the Stockholm Resilience Centre and its partners as leaders in a unique branch of transdisciplinary science. Below is an overview of the work and the scientific interest it has generated

The “keystone species” concept was originally developed by Professor R.T. Paine in the 1960s to describe how some species exert much stronger influence in an ecosystem than others.

In 2015, centre science director Henrik Österblom and colleagues used Paine’s theory as inspiration to explore whether similar patterns could be seen within the corporate world.

In a paper published in PLOS ONE, Österblom and colleagues describe how “keystone actors” dominate all parts of seafood production across the global ocean.

Keystone actors represent a phenomenon that is a product of, and driver of, globalization. They are defined as:

Centre colleagues spent several years studying the “ecology” of these companies and engaged increasingly closely with them in order to deal with unsustainable practices such as overfishing and destructive impacts on people, habitats, and non- target species in seafood production.

The result was the Seafood Business for Ocean Stewardship (SeaBOS) initiative, and the aim was that this initiative could produce leadership and direction for the rest of the industry, as a complement to actions taken by governments.; to become stewards of the ocean.

The role of scientists in catalyzing corporate ocean stewardship through SeaBOS has since been analyzed in several studies:

This work illustrates that there is substantial potential for increased science-business collaborations as a lever for transformations toward sustainable futures, but also that there are a number of risks associated with such work. Trust, knowledge sharing and learning is fundamental for successful collaboration.

Österblom and his colleagues’ work has positioned the Stockholm Resilience Centre, the Beijer Institute of Ecological Economics, and the Royal Swedish Academy of Sciences, as leaders of a unique branch of transdisciplinary science and interdisciplinary collaboration. Additional partners in this work include the University of Birmingham and Stanford Centre for Ocean Solutions.

The original PLOS ONE paper has been followed by a number of articles that investigate similar dominating actors within other sectors, thereby providing a starting point for advancing transparency and accountability also in these sectors:

The keystone species concept has helped shape the notion of corporate biosphere stewardship and the role of corporations in the Anthropocene. 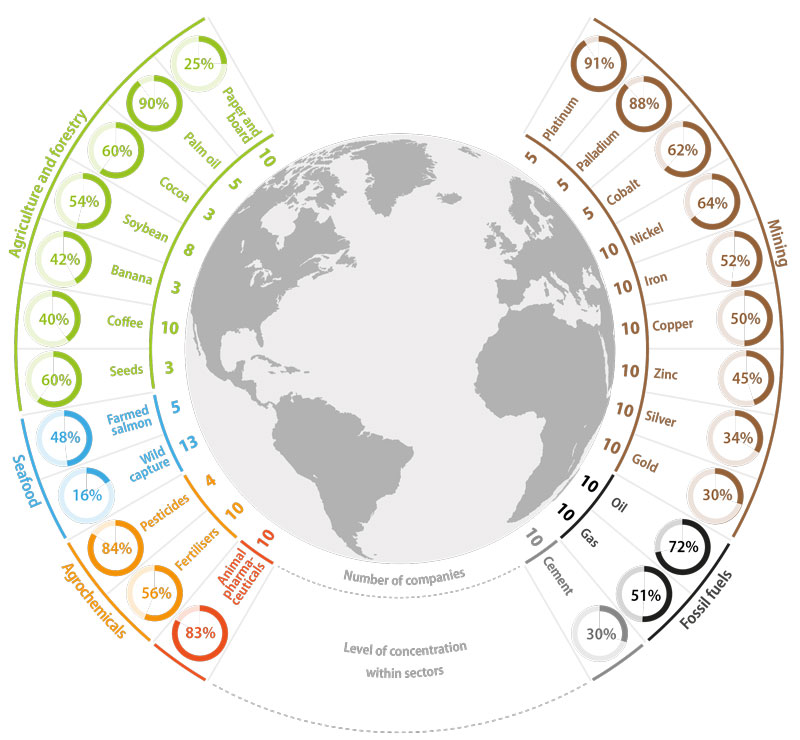 This work has also highlighted challenges associated with governance – such as the prevalence of tax havens, but also new incentives and opportunities for action associated with finance  as a means of managing the rapid acceleration in ocean industries, as well as a description of how keystone actors could contribute to stimulating transformative change towards a sustainable ocean (Brodie Rudolph et al. 2020).

SeaBOS has been discussed in relation to the general concept of knowledge co-production and analyzed in relation to multiple other empirical case-studies of co-produced sustainability initiatives across sectors, scales and countries (work in progress).

The group of scientists working with the keystone actor concept and the SeBOS initiative includes professors, post docs and PhD students, from several scientific disciplines and working in Sweden, UK, Spain, the USA and Canada.

Contributions to High Level Panel for a Sustainable Ocean Economy

Several members of the team have also been able to contribute actively to a number of “Blue Papers” for the High Level Panel for a Sustainable Ocean Economy:

Centre researchers have been deeply involved in a series of commissioned Blue Papers exploring pressing challenges at the nexus of the ocean and the economy:

This scientific background has helped shape policy priorities of the 14 heads of state participating in the High Level Panel.