For change to happen, large companies need help from interest groups around them

The clothing industry is dominated by a clutch of powerful companies, but interest groups around it are crucial in efforts to make it more sustainable

NOT ACTING ALONE: The global clothing industry is one of the largest in the world. It has an estimated worth of $2.4 trillion USD and it employs tens of millions of workers worldwide. But it is also a heavy polluter and is frequently criticised in many countries for how it treats its workers. Low wages, long working hours and poor working conditions prevail.

A social and environmental transformation is needed.

Nothing happens in isolation

Within the industry, a few disproportionately big corporations dominate. They are called “keystone actors”, a phenomenon inspired by nature itself, where “keystone species” in an ecosystem have an outsized influence in spite of being few in number. What they do, others will copy or be forced to adapt to.

But making the clothing business more sustainable will not happen in isolation from one company to another.

Their presence is crucial both towards each company as well as the industry as a whole.

In a study published in PloS One, former centre postdoc Jacob Hileman together with Ivan Kallstenius, Tiina Häyhä, Celinda Palm and Sarah Cornell, used Fashion United’s list of the top 200 fashion companies as their benchmark to look at how the industry dealt with sustainability challenges. Of the 20 keystone actors investigated in depth, only 16 produced sustainability reports.

They then conducted a network analysis to identify the group of NGOs, trade organisations, multi-stakeholder platforms and other organisations that in different ways influence or support the transformation.

These organisations work specifically with each company, but they also play an important role in improving the industry as a whole.

Or, as their research also demonstrates, these organisations can also be a barrier to change if they reinforce the status quo. Both possibilities coexist in the network.

Some more influential than others

Hileman and his colleagues found that some groups within this wider network are more influential than others: a core group of organisations in the centre of the network are connected to several keystone actors.

For instance, trade organisations enjoy extensive power, but their focus is not primarily on sustainability. That makes them both a show-stopper and a unexploited opportunity.

On the other side of the scale, government institutions are largely absent. Without them, efforts to implement sustainable practices remain voluntary and with little to no regulation.

The message from the researchers is that while the keystone actors are crucial to a change in the clothing industry, they cannot do it alone.

“Industry-wide transformation requires recognising the potential opportunities and constraints presented by influential organisations in the larger business ecosystem in which the keystone actors are embedded,” Jacob Hileman explains.

“Their presence is crucial both towards each company as well as the industry as a whole.”

Podcast: Building back better: economic and financial decision-making after COVID-19 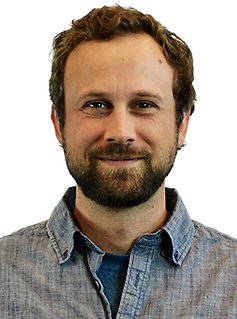 Hileman’s research broadly focuses on how the structures of collaboration among actors engaged in governance of natural resources influences core governance processes, including cooperation, social learning, and resource distribution