Experts identify the five most important risks to the planet

The new "Our Future On Earth" report provides risks analysis based on survey of 222 global sustainability experts, including centre researchers

A major new report on the state of the planet called “Our Future On Earth” features Robert Blasiak and Owen Gaffney as lead authors on two chapters relating to the oceans and disinformation, respectively. Associate research fellow Timon McPhearson also contributes with a feature on cities in the report.

The centre of the report, published by Future Earth, is a risks analysis based on a survey of 222 global sustainability experts. The survey identifies five global risks —climate change, extreme weather, biodiversity loss and ecosystem collapse, food crises, and water crises — as the most severe in terms of impact.

Four of them - climate change, extreme weather, biodiversity loss, and water crises - were also deemed as most likely to occur.

More than one-third (82) of those surveyed underlined the threat of cascading crises with one worsening another “in ways that might cascade to create global systemic collapse.”

The report summarises key research in areas of greatest importance to policymakers and the public. This includes global risk from fires, the ecological crises, the rise of populism and human health.

Robert Blasiak’s chapter highlights the ongoing UN process to improve ocean governance as this generation’s opportunity to accelerate progress to protect the ocean.

We are more reliant on the ocean than ever before, we’re realizing that it’s vast but not limitless, and there is a full schedule of international conferences and negotiations in 2020 that have the potential to reshape our relationship with the ocean.

Owen Gaffney’s chapter discussed the changing flow of information in the world through the advent of social media. This is now affecting liberal democracies and reducing trust in institutions designed to improve collective decision making.

Podcast: In the SDGs, where have biodiversity and ecosystem services gone? 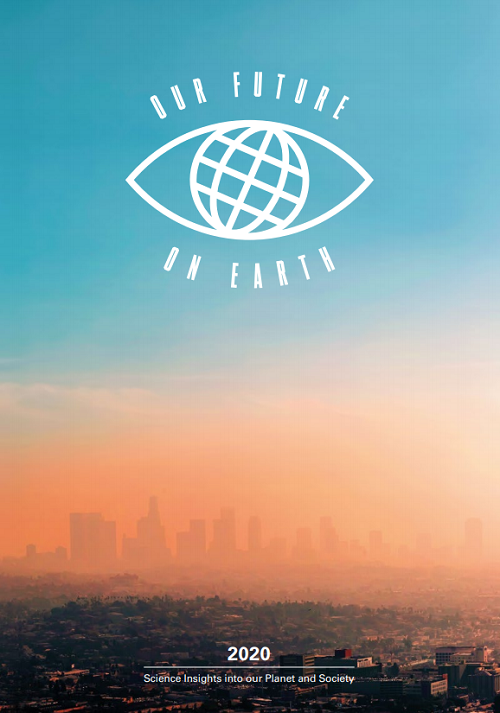