Given the limited resources available to meet the Sustainable Development Goals, designing national policies to boost positive synergies and reduce negative synergies is vital. This is the focus of a new research paper published in the Proceedings of the National Academy of Sciences of the United States of America. Photo: Neijls/Flickr

The global community has only a decade left to achieve the Sustainable Development Goals. In what is a race against time substantial resources are being diverted towards achieving and measuring progress to these 17 goals that break down into 169 targets.

Each nation aims to meet these targets primarily through national policies. Given the diversity of the targets, it is inevitable that in some cases two or more targets have a positive effect on each other and in other cases targets are in conflict. A classic example is how actions to meet Goal 8 on economic growth could conflict with actions designed to meet Goal 13 on climate action.

Given the limited resources available to meet the SDGs, designing national policies to boost positive synergies and reduce negative synergies is vital. This is also the focus of a new research paper co-authored by centre researcher David Collste. He collaborated with Matteo Pedercini, Steve Arquitt and Hans Herren from the Millennium Institute. The article has been published in the Proceedings of the National Academy of Sciences of the United States of America.

There has been a lot of discussions on synergies for the SDGs at a conceptual, qualitative level. Our modelling is important in order to actually understand where those synergies originate and assess the magnitude of their contribution to achieving the SDGs.

Modeling for synergy in the SDGs

At the time of their study, authors found that no broad qualitative analytical framework existed that could support their study on identifying synergies. Collste explains how the research team mitigated this:

“We use a model-based method to identify synergies—carrying out structured thought experiments by simulating different policies using an integrated simulation model. The models we use serve as ‘policy flight simulators’ ”

Given the wide coverage of the 17 SDGs, finding a suitable model proved challenging. Authors wanted something that allowed for inputs from and interactions between multiple sectors, incorporated key structural components such as demography and economy, represented the mechanisms that policy implementation is dependent on, and finally covered as many SDGs as possible to make sure the major source of possible synergies are identified.

The Integrated SDG (iSDG) model, developed by the Millennium Institute, responded well to all of these criteria and, hence, was chosen for the analysis.

Perdicini, lead author of this study who is based at the Millennium Institute explains “There has been a lot of discussions on synergies for the SDGs at a conceptual, qualitative level. Our modelling is important in order to actually understand where those synergies originate and assess the magnitude of their contribution to achieving the SDGs.”

Boots on the ground

But this is not enough in itself.

Arquitt adds “In order to maximize the potential impact of combinations of interventions it is necessary to understand the source mechanisms of both synergy and dissynergy and to do this we have identified 5 different types of mechanisms based on which stage of the results chain the synergy emerges from” (See figure below to understand where these different types of synergy can emerge from.) 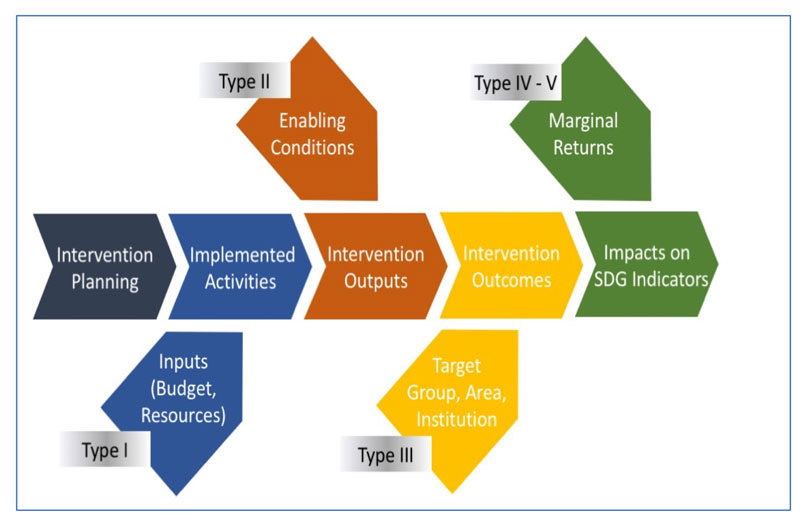 As a final step, the authors apply their approach to three sub-Saharan nations: Malawi, Senegal, Cote d’Ivore. All three nations face serious challenges in meeting the SDGs given the high levels of poverty, low human development, and the paucity of development funds.

As a case in point, the 2019 report that ranks 162 countries on their current progress towards the SDGs ranks Malawi at 146, Senegal at 124 and Cote d’Ivore at 129. It made sense then to see the benefits of synergistic policy planning approaches in the context of these countries.

The analysis shows that synergy contributions to overall SDG performance were 8% for Côte d’Ivoire, 0.7% for Malawi, and 2% for Senegal. Not only that, the value in contributions corresponds to 3% of GDP for Cote d’Ivore, 0.4% for Malwai and 0.7% for Senegal. This is a substantial saving in resources that can be used to further enhance the achievement of SDGs. Using this approach, thus, has a material impact on national progress towards the 2030 milestone.

Hans Herren, president of the Millennium Institute and earlier recipient of the Right Livelihood Award concludes by saying "It is important that all countries have access to appropriate tools for assessing policy options and their potential synergies for effective policy analysis and planning".

The Millennium Institute has developed the integrated sustainable development goal (iSDG) model for national-scale SDG planning. The iSDG model can simulate multiple policies individually and in aggregate, thus enabling the quantitative assessment of anticipated synergies among SDG policies. The researcers applied the iSDG model in three countries in sub-Saharan Africa (SSA) to analyze the potential nature and extent of synergies between policies for SDG progress. Based on these 3 cases, they describe in this paper a framework to guide and systematize synergy analysis in the context of SDG policies. 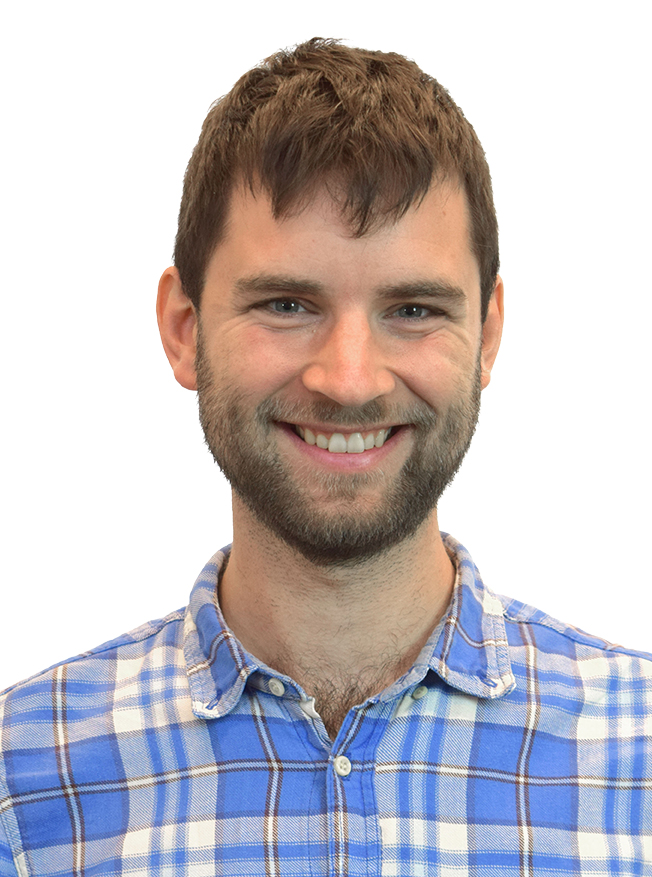 David Collste is a Marie Curie PhD Fellow studying integrated modeling for the implementation of the 2030 Agenda as part of the EU-funded ‘Adaptation to a New Economic Reality’ project.