A network analysis published in the journal Marine Policy shows that the norm for development aid is short-term, typically a single year at a time. Moreover, many less noble incentives for providing development funding have prevailed throughout history. Photo: O. Henriksson/Azote

Foreign aid aimed at supporting sustainable fisheries can make a huge difference for the many developing countries where fisheries constitute an important part of livelihoods and food security.

Development impacts are often particularly noticeable when aid flows are stable and based on long term agreements.

A recent network analysis published in the journal Marine Policy shows that the norm for development aid is short-term, typically a single year at a time.

Moreover, many less noble incentives for providing development funding have prevailed throughout history.

Colonialism and donor self-interest at national levels as well as in the international arena have been important forces shaping aid flows.

Centre researcher Robert Blasiak is one of the researchers behind the new study. He and his co-authors from Canada used network analytical techniques to examine how Official Development Assistance (ODA) funding for fisheries changed between 2002 and 2016. This was done with special emphasis on stability, or long-term tie formation, between donor countries and recipients.

The results show that fisheries-related ODA increased from USD 169 million to USD 340 million during the study period. The number of donor countries increased from 29 to 34 and there were 1076 ties reported between donors and recipients. Of these, only 2.7% were present in all 15 years, with the most ties (more than 30%) occurring in only one year.

The study’s network analysis revealed that Japan has been involved in an exceptional number of long-term ties, and also the most donor-recipient ties of all countries over the entire study period.

This is in many ways positive, the researchers conclude, and in line with calls for sustained and predictable finance under the “Paris Declaration on Aid Effectiveness" and "Accra Agenda for Action” as well as other recent attempts by donors to coordinate their efforts.

But there is also a downside characterized by self-interest.

“A more critical assessment based on existing literature, voting behaviour in international forums, the prevalence of micro-states and the nature of fishing agreements within the preferred set of recipient countries suggests that these allocations are informed by geopolitical strategy,” the study’s authors write.

They also found that historical colonial linkages were a poor predictor for long-term ties between donors and recipients, but a strong predictor for shorter term ties.

Not in line with the SDGs

In recent decades, south-south partnerships have become more common, the study notes. In the South Pacific, for instance, China has grown to become the second largest donor, behind Australia.

From 2000 to 2014, China spent an estimated $354.3 billion, with 22% of this amount allocated to ODA projects. Despite recent signs of an increase in transparency by the Chinese government, official announcements on foreign aid are still few and far between.

Understanding these kind of changes in the funding landscape will be important for both donors and recipients to achieve coordinated efforts with maximum impact, the researchers conclude. This understanding is, however, lagging behind in ways that risk hindering the achievement of the global goals of Agenda 2030.

“The analysis suggests that more effort is needed to optimize resource use towards achieving the international development agenda reflected in the Sustainable Development Goals,” they write.

At the same time, science has improved the capacity for assessing vulnerability of fisheries to climate change and other risks. Coupled with improved long-term studies of fisheries-related ODA, this could help to identify recipient countries that should be prioritized for future support in line with the SDGs.

In conclusion, Blasiak and his co-authors indicate that future ODA for fisheries could, and should, be better aligned with science and the new global development agenda, but also that such efforts risk being hindered by the use of foreign aid as a geopolitical tool, and a range of underlying historical factors, like colonialism.

The study used data from the Creditor Reporting System of the OECD, the most comprehensive and reliable global dataset on aid allocations currently available. Specifically, the study focused on Official Development Assistance (ODA) funding to fisheries from 2002 to 2016. The data was sorted into as a set of networks, each representing fisheries-related ODA transfers between countries. Donors and recipient countries were the nodes; and the size of the donor circles represented the number of ties. The analysis was done in three steps: First, the duration of country-to-country ties over time were investigated, including using “Exponential Random Graph Models” to test whether fisheries-related ODA transfers are strongly influenced by historical colonial ties. Second, the way in which total value of country-to-country transfers changes according to tie duration was examined. Third, patterns in “changes of the prevalence of network microstructures over time were explored” (e.g. to capture if ODA allocations to many or a few recipients were most common in the network). 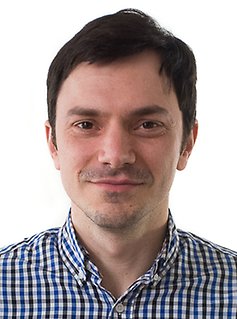