Sarah Cornell has worked on both developing the Planetary Boundaries framework with regards to the hard data and models that it rests on, as well as on putting it into practice. She warns that the wedges in the planetary boundaries figure should not be seen as budgets but more like "warning lights on a dashboard.” Photo: M. Sparréus/Azote

A scientific story that matters

Sarah Cornell reflects on the planetary boundaries framework, work she has been doing since 2011

Chemistry is all around us. When we meet Sarah Cornell over lunch in a noisy café in Stockholm, she looks around and then motions to the plate in front of her – a spicy cauliflower and falafel salad – and says: “It’s impossible for me to look at this without seeing its chemical components and understanding something about what those are and what they do.”

Cornell is originally a chemist by training. Her PhD, from the University of East Anglia, was on the global nitrogen cycle. And though she now calls herself an interdisciplinarian, with passable skills in some of the methods from the humanities and insight into different schools of thought, her disciplinary background matters to how she sees the world.

It’s a way of decoding reality and the world around us. We all carry different lenses that help us understand what we see and what that means.

She grew up in Brazil as the daughter of protestant missionaries. At 16 she moved to the UK to finish her A levels, and she stayed in England through PhD studies and post-doctoral research. She didn’t think it then, but Sweden ended up being the third place where she has spent a large part of her life.

So how did she end up here?

In 2009 the first paper about the planetary boundaries was published. To Sarah the framework marked an important step by the scientific community and by the strategic leadership of major global change projects towards placing sustainability science in a real world context, reaching outside of academia.

When opportunity came to join the centre in 2011, to work on further evaluating and developing the planetary boundaries framework, she took it. The work has been fast-paced and at times challenging, but rewarding and fun.

Cornell has worked on both developing the framework with regards to the hard data and models that it rests on, as well as on putting it into practice.

One of her proudest moments was a symposium in 2016, where participants from science, policy, business and wider society discussed the framework’s progress “from concept to action”. For her, the event showed how much the planetary boundaries framework had expanded people’s understanding of global sustainability.

Interest has continued to grow in different sectors that want to use the framework. At the moment Sarah is coordinating research projects funded by the clothing company H&M and L’Oreal, one of the global leaders within cosmetics. They are both looking at how to use the planetary boundaries in sustainability target-setting and how the framework plays into a circular economy model.

“It’s exciting to see the boundaries catch on in this way, and it has forced us to confront challenges of communicating the framework clearly,” she says.

Two things stand out as key take-homes from the discussions with such partners. The first is not lose sight of the framework as a whole. “It doesn’t work to focus on only one or two of the boundaries, they all interact and so they all need to be kept in mind,” she explains.

The other is that the wedges in the planetary boundaries figure should not be seen as budgets. “They are more like warning lights on a dashboard.”

Cornell warns that using the planetary boundaries framework is not about figuring out how much more impact a company, sector or country can get away with but rather trying to minimize the pressure on a world that is already impacted. An even better thing would be to turn to activities with a positive impact, using the framework as a tool for seeing the bigger picture.

The next big task

Looking forward Cornell wants to move through a deeper understanding of how to translate the boundaries towards action. This, she says, is her theme for the academic year: thinking deeply on the safe operating space for humanity. Last year was her feminist year (“it’s going to be a long year”). She believes thinking about whose values are seen and whose voices get heard goes well together with a deeper understanding of the boundaries.

There is a sense of urgency when she talks about it. “We need to continue to develop the models and the data, there’s a lot of exciting work being done on that,” she says. “But we also need to act on what we already know.”

And this, she says, comes back to how we understand and decode the world ¬– and to how we communicate between our different understandings.

”When researchers look at data, it tells them a whole story. Projections of temperature increase mean more to us than just this or that many degrees, they are part of a narrative of Earth’s future,” she says.

”To a non-researcher, a policy-maker or practitioner the numbers in a report may tell a completely different story, or not really tell a story, unless we are explicit and clear. It is our responsibility to make sure that we convey the scientific story that matters.”

In 2009, former centre director Johan Rockström led a group of 28 internationally renowned scientists to identify the nine processes that regulate the stability and resilience of the Earth system. The scientists proposed quantitative planetary boundaries within which humanity can continue to develop and thrive for generations to come. Crossing these boundaries increases the risk of generating large-scale abrupt or irreversible environmental changes. Since then the planetary boundaries framework has generated enormous interest within science, policy, and practice.

Click here to read more about the Planetary Boundaries framework 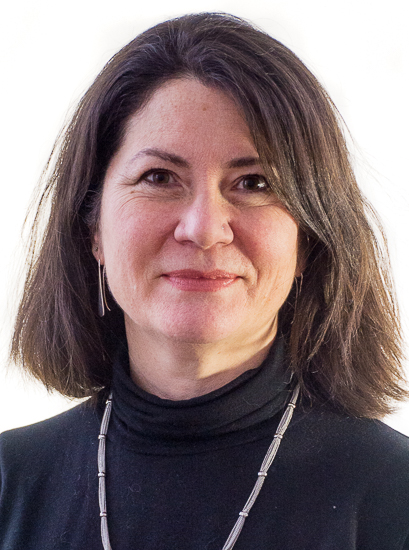