Crawford Stanley Holling, or "Buzz" as he was better known by, was a pioneer in efforts to understand complex systems. He strongly emphasized that understanding, not knowledge in a narrow sense, is navigating the dynamic, connected, and evolving challenges of our rich, unequal, and beautiful world. Photo: Simon Fraser University Public Affairs and Media Relations

Pioneering the science of surprise

Pioneers break new grounds and leave an empty space when they move on. Crawford Stanley Holling is considered the father of resilience research and a pivotal figure in the development of the Beijer Institute, the Resilience Alliance and the Stockholm Resilience Centre. Crawford, or "Buzz", a nickname given by his sister because she believed it suited his character better (he agreed), called his resilience work the "science of surprise".

He was a pioneer in efforts to understand complex systems, inspired by thinkers emerging at that time. Holling strongly emphasized that understanding, not knowledge in a narrow sense, is navigating the dynamic, connected, and evolving challenges of our rich, unequal, and beautiful world. His encouragement of creative, fun, experimental research that bridges science, practice and art has inspired the research culture at the Stockholm Resilience Centre.

From insects to adaptive management

Buzz Holling was born in 1930, and grew up in the forests of Northern Ontario where he developed a deep interest in the living world. An early interest in forest insects lead him to study insects, first at the University of Toronto and then the University of British Colombia. During his PhD (1957) he developed the first mathematical theory of predation. These concepts are now widely used to analyze predator-prey interactions.

In the sixties and seventies Holling extended his work using systems to understand diverse types of interactions among people and nature. He began to collaborate with experts outside of universities and research labs to understand land development, forest management, and pest management. It was from these experiences that Holling first began to formulate his ideas about resilience. This work continued in Vienna where Holling, first visited and then became director of the International Institute of Applied Systems Analysis (IIASA). There, he led and managed interdisciplinary teams that developed learning based approaches to understand interactions between people and nature.

Holling highlighted the importance of considering surprise, system reorganization, and learning when trying to understand social-ecological dynamics. These efforts lead to new ideas about the dynamic nature of resilience and the co-development of Adaptive Environmental Management and Assessment, a learning based approach to the management of complex environmental problems.

Buzz Holling was a true scientific giant. His fundamental contributions to our understanding of the world will continue to deeply influence and inspire us.

The origin of social-ecological systems thinking

In the 1990s, Holling moved from the University of British Colombia to the University of Florida in the United States. This marked the beginning of a long-term collaboration with Stockholm based researchers, initially through the Beijier Institute of Ecological Economics at the Royal Swedish Academy of Sciences, and then with researchers at Stockholm University.

In the 1990s these collaborations were organized into the MacArthur Foundation funded Resilience Network. The success of that project lead Holling to initiate the development of the Resilience Alliance in 1999. The Resilience Alliance was established as an international partnership of interdisciplinary researchers focused on understanding transformations in human and natural systems.

The researchers behind the partnership published a number of influential papers and books in the 2000s, exploring the dynamics of resilience and transformation as well as the concept of social-ecological systems. This bosy of publications helped resilience and social-ecological systems move from being relatively unknown ideas to central concepts in sustainability science.

The world is diverse, dynamic, and surprising

Holling trained many scientists that went on to make major impacts in behavioural ecology, forest management, fisheries, ecology, and sustainability science. Holling was passionate about developing cross-disciplinary, international networks among younger scientists, and made sure that this was a central and continuing part of resilience science activities.

He encouraged young scientists to explore bold ideas that connected different bodies of knowledge both within and outside of the academy, and he enthusiastically connected them to people and resources that enabled these explorations.

His contributions to the board of the Beijer Institute in Sweden and Santa Fe Institute in the USA, advanced complexity science and suitability research by connecting people and promoting research that aimed at understanding how the world is diverse, dynamic, and surprising.

The Stockholm Resilience Centre was founded upon many of Buzz Holling's ideas and is strongly inspired by his approach to science. Photo: J. Lokrantz/Azote

Buzz Holling received many honours for his contribution to science and society. He received the Mercer Award and the Eminent Ecologist Award from the Ecological Society of America. He was a Fellow of the Royal Society of Canada, as well as a foreign Fellow of the Royal Swedish Academy of Sciences. He received the Austrian Cross of Honour for Science and Art, and he became an Officer of the Order of Canada "for his pioneering contributions to the field of ecology, notably for his work on ecosystem dynamics, resilience theory and ecological economics".

He was awarded the Volvo Environmental Prize in 2008 that stated Holling was “one of the most creative and influential ecologists of our times". The Stockholm Resilience Centre was founded to build upon many of his ideas and strongly inspired by his approach to science.

Buzz Holling leaves behind his beloved family consisting of his wife Ilse, and his three children Jamie, Nancy and Chris, as well as four grandchildren.

He will be greatly missed by many dear friends and colleagues around the world. Buzz Holling was a true scientific giant. His fundamental contributions to our understanding of the world will continue to deeply influence and inspire us, and his warmth and curiosity will continue to inspire our research culture as we strive to create a world in which people and nature can thrive together.

Watch the wisdom seminar with Buzz Holling from the Swedish Academy of Sciences, November 2008. 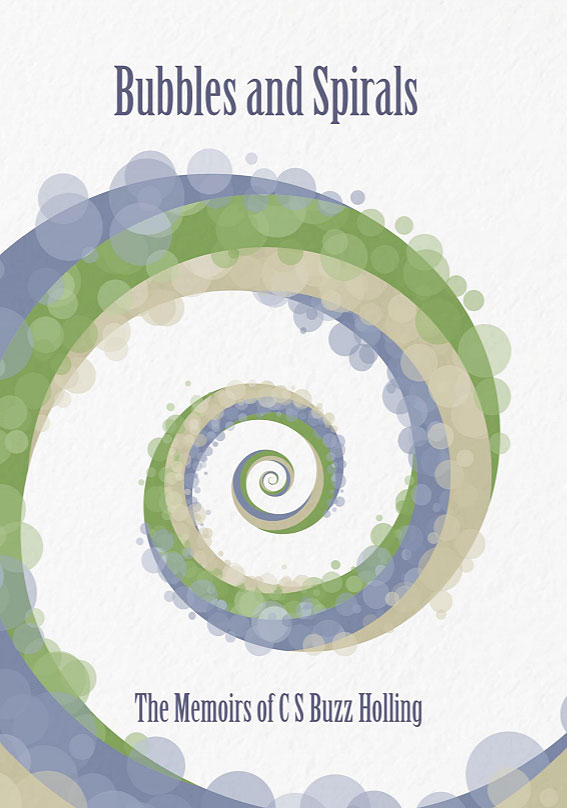