Participants in the Environmental Monitors project, Kruger to Canyons (K2C) Biosphere Region. A new study paints a richer picture of the ways in which UNESCO biosphere reserves fulfil their role as learning sites for sustainable development. Photo: Cláudia Florêncio

• Drawing on 177 interviews in 11 biosphere reserves the study demonstrates how values, politics and power influence learning for sustainability

"Biosphere reserves represent learning sites in both practical and reflexive senses – as a means of fostering the active pursuit of sustainable development, while also enhancing academic understanding of what learning for sustainability might entail and how it might be studied," explain Lisen Schultz and Simon West, co-lead-authors of a recent study published in Global Environmental Change.

Talking back to theory

In the study Schultz and West teamed up with four Master's students at the SRC (one is now based at the James Hutton Institute in Aberdeen, and another at Universitat Autònoma in Barcelona), a Master's student at Stockholm University’s Department of Human Geography, and researchers at the university's Department of Political Science. The research team conducted interviews with 177 participants in 11 biosphere reserves with the aim of enabling those directly involved in everyday biosphere reserve work to, as Schultz and West put it, “talk back to theory.” The reserves studied are situated in six countries: South Africa, Paraguay, Ecuador, Spain (including the Balearic Islands and the Canary Islands), Australia and Israel.

More specifically, Schultz, West and colleagues wanted to explore how learning for sustainability in biosphere reserves is shaped by the practitioners’ interpretations of the meaning of biosphere reserves and their experiences of working with the concept.

The study, they write, contributes to three pressing concerns in sustainability science:

First, it demonstrates how politics and power influence learning for sustainability, by highlighting the values that underpin interpretations of biosphere reserves.

Second, the study adds to the emerging literature on how sustainability scientists engage with society and might exert “real world impact” by showing how meaning shapes the translation of scientific concepts into action.

Third, the study contributes with new knowledge about “bridging organizations and intermediaries” by highlighting how practitioners working in biosphere reserves connect different people and groups to foster learning and improved governance of complex sustainability challenges.

"Our results illustrate the profoundly political nature of bridging work, in the sense that bridging often entails connecting and negotiating with actors that carry very different interests, knowledge, identities and levels of authority," they write.

Another main result of the study is that biosphere reserves have been perceived in very different ways by practitioners around the world. For example, the study shows how biosphere reserves have been interpreted as everything from a ‘badge’ to reward work done (El Hierro in the Canary Islands) to a ‘social enterprise’ to generate employment (Cape West Coast in South Africa).

"Taking practitioner understandings and experiences seriously is essential for reconciling expectations and centralized understandings of the biosphere reserve concept with outcomes ‘on the ground’ – in so doing dissolving the perceived gap between concept and reality," they write. 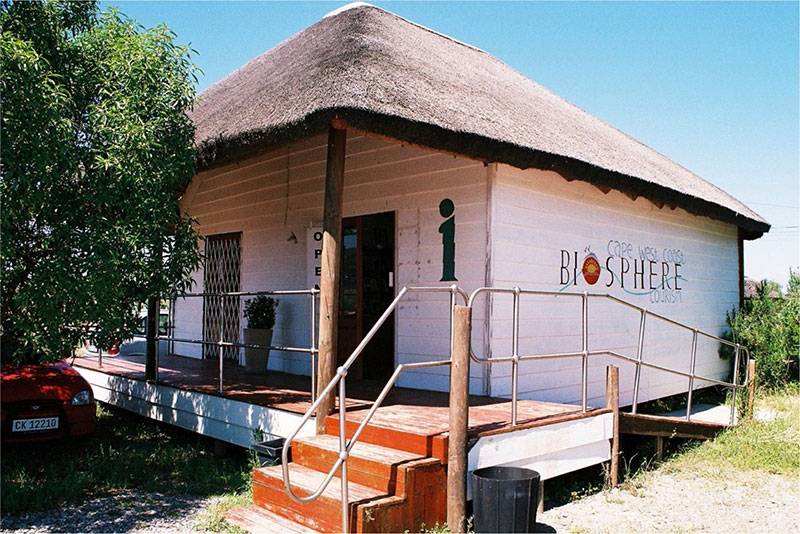 Overall, the researchers emphasise that the position of biosphere reserves ‘in between’ social, ecological and economic goals; local places and global networks; and government, private and civil society sectors, provides a valuable space for participants to learn to deal with complexity.

“Complexity doesn’t mean that you can’t act … it means that you have to have a different view, you have to understand relationships,” as one respondent put it.

Along these lines, participants often reported that working with the biosphere reserve concept had encouraged them to see the relationships between the landscape and the people around them in a different light. For instance, practitioners in Mbaracayú (Paraguay) described how the experience of guiding tourists through the local landscape had enabled them to appreciate their environment in a new way.

Several respondents also reported difficulties in navigating their ‘in between’ position, including lack of funding, political hostility, and fluctuating staff levels. Nonetheless, the new study argues that the opportunities of biosphere reserves outweigh the challenges, in particular when it comes to facilitating learning for sustainability in ever-shifting contexts.

"The most notable finding of our research is that biosphere reserves provide a valuable space for practitioners and scientists to learn to live with social-ecological complexity," lead author Lisen Schultz concludes.

Simon West's research primarily focuses on how people create, share, and use knowledge within the day-to-day practice of ecosystem management and governance. He studies this mainly in the context of biodiversity conservation in South Africa and Australia.