Women’s lack of participation in important decision making is noted as an obstacle to global sustainable development. A new study has looked at why women in Solomon Islands often remain silent at mixed gender community meetings while engaging in robust discussions when only women take part. Photo: M. Dyer

Why gender parity is not equal to gender equality

“We should stand up and be leaders of the community. We should be at the provincial and national level but we shut up, we box up, because of our [low level of] education. And men say we belong in the kitchen.”

These are the words of Katarina, a woman from Kolombangara Island, a small island in the New Georgia Islands group of the Solomon Islands in the southwestern Pacific Ocean. Her words though, may be familiar to many women all over the world.

Women’s lack of participation in important decision making is noted as an obstacle to global sustainable development. But it is not enough just to get more women’s faces in meetings and in parliaments, it is also about making space for them to meaningfully contribute.

In a new study recently published in Ecology & Society, centre researcher Michelle Dyer has looked at why women are not only excluded from several decision-making forums but also why they stay silent when they are finally invited to take part. Dyer’s research was prompted by her experience with village women in Solomon Islands who often remained silent at mixed gender community meetings while engaging in robust discussions and debate when only women took part.

Her study, part of a special issue on designing transformative spaces for sustainability, fits with ongoing international development measures to improve women’s participation in public political processes. Sustainable Development Goal 5 says “Achieve gender equality and empower all women and girls”. But gender parity is the most common indicator used to measure gender equality in decision making forums, from national parliaments to village councils.

Basically, Dyer argues, gender parity is not equal to gender equality. For example, Rwanda is the only country worldwide to have more than 60% women in its national parliament (Rwanda and Bolivia are the only countries to have more than 50%) but the country rates 159 out of 188 on the 2016 Human Development Index and still scores low on the UN Gender Inequality Index.

Even though you have 50% women at a meeting there may be all these reasons why they will not contribute – and mostly it’s not because they have nothing to say.

Her work in the Western Province of Solomon Islands confirms similar studies elsewhere that even when women are present at meetings they are still consistently less likely than men to substantively participate.

Women in Solomon Islands are poorly represented in politics and a small minority in leadership positions in business and within government ministries and organizations. This means their voice has been limited, sometimes non-existent, in important discussions about environmental destruction caused by years of unsustainable logging.

"Being silenced or shutting up generally because of cultural notions of respect in specific social spaces, represents a barrier to women’s freedoms and empowerment on many fronts, including leadership, decision making, and intrahousehould conflict and negotiation," Dyer explains.

The reason for being silenced, she says, is down to a variety of social and political factors. However, it is also about how men and women participate in meetings.

In all-women meetings women contribute multiple times, for short lengths of time and will speak at the same time as other speakers. In her studies, Dyer also noted that in meetings where only women attended, there was a lot of “whispering and side murmuring” –discussions between meeting attendees about the meeting topic that was not addressed to the meeting as a whole. Laughter was a feature of women’s meetings. In men’s meetings speakers took turns to speak moderated by the chair and usually contributed only once to the meeting overall, and were silent otherwise.

In Solomon Islands, she found that that women’s style was shut down by the social norms around what is considered a valid meeting.

"Women’s silence in mixed gender meetings may be seen as adherence to cultural norms about gender appropriate behaviour for certain types of meetings," Dyer says.

She calls for a “revaluing of women’s denigrated linguistic and social practices” which goes beyond just equalling the numbers of men and women participating at public meetings. This means not only creating conditions which enable women to participate attend but also experimenting with different formats that mean women will speak up during the meetings they take part in.

“As research and development practitioners we can be part of giving validation to other styles of meeting by firstly creating the space for them to happen in – which may mean women only meetings and second by encouraging and conducting meetings in such a way that allow women to contribute. This might mean giving up notions of what the researcher or development practitioner might think is an orderly or ‘business-like’ meeting” she argues.

“At the very least, the idea is to be aware that even though you have 50% women at a meeting there may be all these reasons why they will not contribute – and mostly it’s not because they have nothing to say.”

The author attended meetings analyzed only as observer. At all meetings in the dataset the author was the only non-Solomon Islander national and was not part of setting meeting agenda, organization, format, or any other directional or administrative details. The data presented here represents modern Solomon Islander practice. The quantitative data presented in this paper are drawn from attendance at village meetings during seven months’ continuous residence in the Western Province in 2014. The author also attended many other meetings and all-women meetings, as observer, participant, or facilitator, in villages in Western, Malaita, and Choiseul provinces between 2012 and 2015. 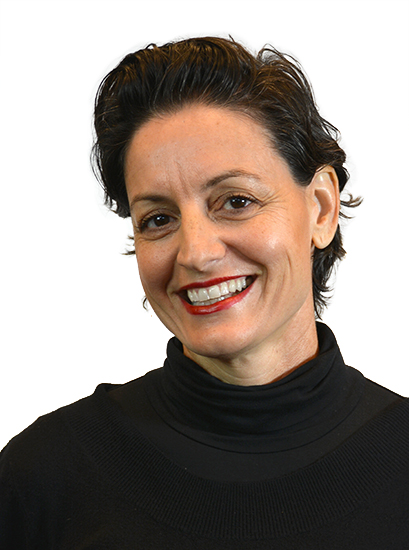