In a review published in Current Opinion in Environmental Sustainability, researchers discuss how active citizens may meet and partner up with local authorities. They propose a more inclusive, “mosaic” style governance to connect a variety of citizen networks. Photo: K. Krejci, Brooks Park, San Francisco (CC BY 2.0, click on image to access source)

Small tesserae in a grand mosaic

• However, uneven capacity and capability to take the role of an active citizen can yield selective participation and favour certain interest groups

• Active citizenship come with a diversity of benefits as well as challenges, both which could be helped by the support from a mosaic governance approach

Some people have just had it with waiting. In times of increasing urbanization and pressure on green spaces in cities, some citizens are taking a more active role in managing and protecting the urban green.

In a review published in Current Opinion in Environmental Sustainability, centre researcher Erik Andersson and colleagues discuss how active citizens may meet and partner up with local authorities.

By looking at examples from the literature as well as cases from three European cities, the authors believe citizen initiatives could take a more prominent role in a more inclusive, “mosaic” style governance. This means open up for and connecting a variety of citizen networks dedicated to the development of urban areas and finding ways for local authorities to support them.

“One of the main factors to successful partnerships is the context-sensitive participation of local authorities who could help deal with some of the challenges active citizens face,” Erik Andersson says.

However, active citizenship comes with a few challenges. It relies on voluntary participation, which means commitment may vary or be short term. Funding can be highly insecure and the accountability among the participants can be unclear.

Mosaic governance acknowledges relations and interdependencies not only between ecological and social scales, but also between the geographically distinct urban landscapes, community identities, and specific practices of active citizen groups across the city

The issue of ownership, responsibilities and level of engagement can be solved, Andersson argues. Partnerships can be flexible and solutions need to fit the local needs.

“An actor need not have the same role in all partnerships, and being open to assuming different roles in diverse partnerships is important for inclusive governance,” he says.

The authors present three examples where citizen initiatives have successfully contributed to improved urban planning. In Amsterdam, Netherlands, members of De Ruige Hof Nature Association have managed 13 hectares of derelict land for over 30 years. Today, the area boasts a rich biodiversity including several red-listed species and several ecosystem services contributing to ecological resilience, such as increased pollination and reduced CO2-emissions.

In Malmö, Sweden, citizens have responded to the challenge of urban expansion by launching urban agriculture projects that focused on supporting local community employment. The projects adopted a polycentric governance approach where several actors from different parts and layers of the city where involved.

In Edinburgh, UK, a community group called Granton Community Gardeners have operated ten gardens on local authority land for six years without government input. The group provides healthy and nutritious food, education, and an alternative to food banks for the most vulnerable. It also engages citizens from a wide range of ethnic and economic backgrounds to participate and exchange knowledge in farm-to-table projects.

Andersson and his colleagues believe governance needs to involve a diversity of actors across multiple levels of decision-making. This means an approach that is sensitive and attuned to the many different actors involved. It also means hard work: it is unlikely that any one single partnership configuration will lead to perfect results for both the environment and local people. There is limited research on impacts of already existing approaches; experiences and insights that can point to the different benefits and forms of collaboration is very much needed to convince authorities and public bodies about the benefits of mosaic governance.

”Mosaic governance acknowledges relations and interdependencies not only between ecological and social scales, but also between the geographically distinct urban landscapes, community identities, and specific practices of active citizen groups across the city,” Andersson concludes. 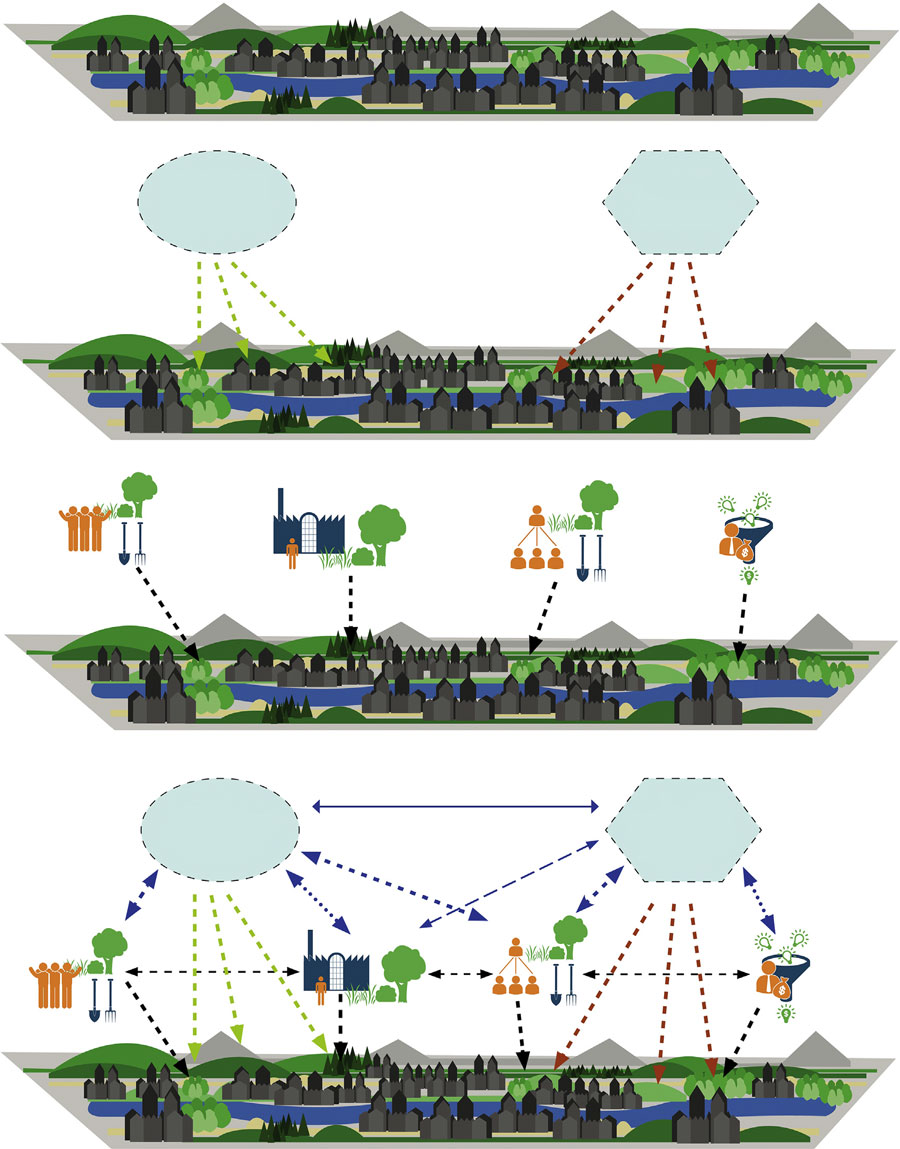