In a survey produced by Ipsos MORI for the Global Commons Alliance, more than half of the people asked are extremely or very worried about the state of the global commons. Photo: World Meteorological Organisation

The report, The Global Commons Survey: Attitudes to planetary stewardship and transformation among G20 countries states that across the world’s largest economies, 73% of people believe Earth is approaching potentially abrupt or irreversible tipping points because of human action.

And 83% of people are willing to do more to become better “planetary stewards” and protect and regenerate the global commons.

Not sleepwalking towards catastrophe

The world is not sleepwalking towards catastrophe. People know we are taking colossal risks, they want to do more and they want their governments to do more.

Owen Gaffney, lead author and director of communications for the Global Commons Alliance 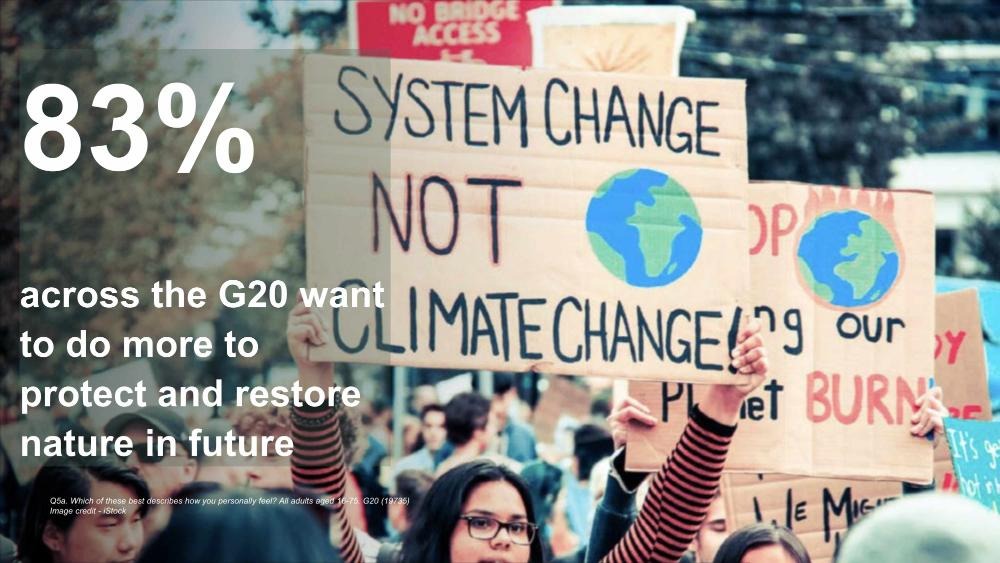 The survey highlighted significant discontent with the dominant economic systems across G20 countries. Among G20 countries, 74% of people support the idea that their country moves beyond a singular focus on profit and economic growth and focus more on human wellbeing and ecological protection and regeneration.

The survey also revealed that people are less aware of the scientific consensus that sweeping systemic transformations needed in the next decade to protect the global commons and meet climate targets set out in the UN’s Paris Agreement.

Elizabeth Wathuti, environmentalist and climate activist from Kenya, founder of Green Generation Initiative and head of campaigns at Wangari Maathai Foundation, wrote the foreword for the report: 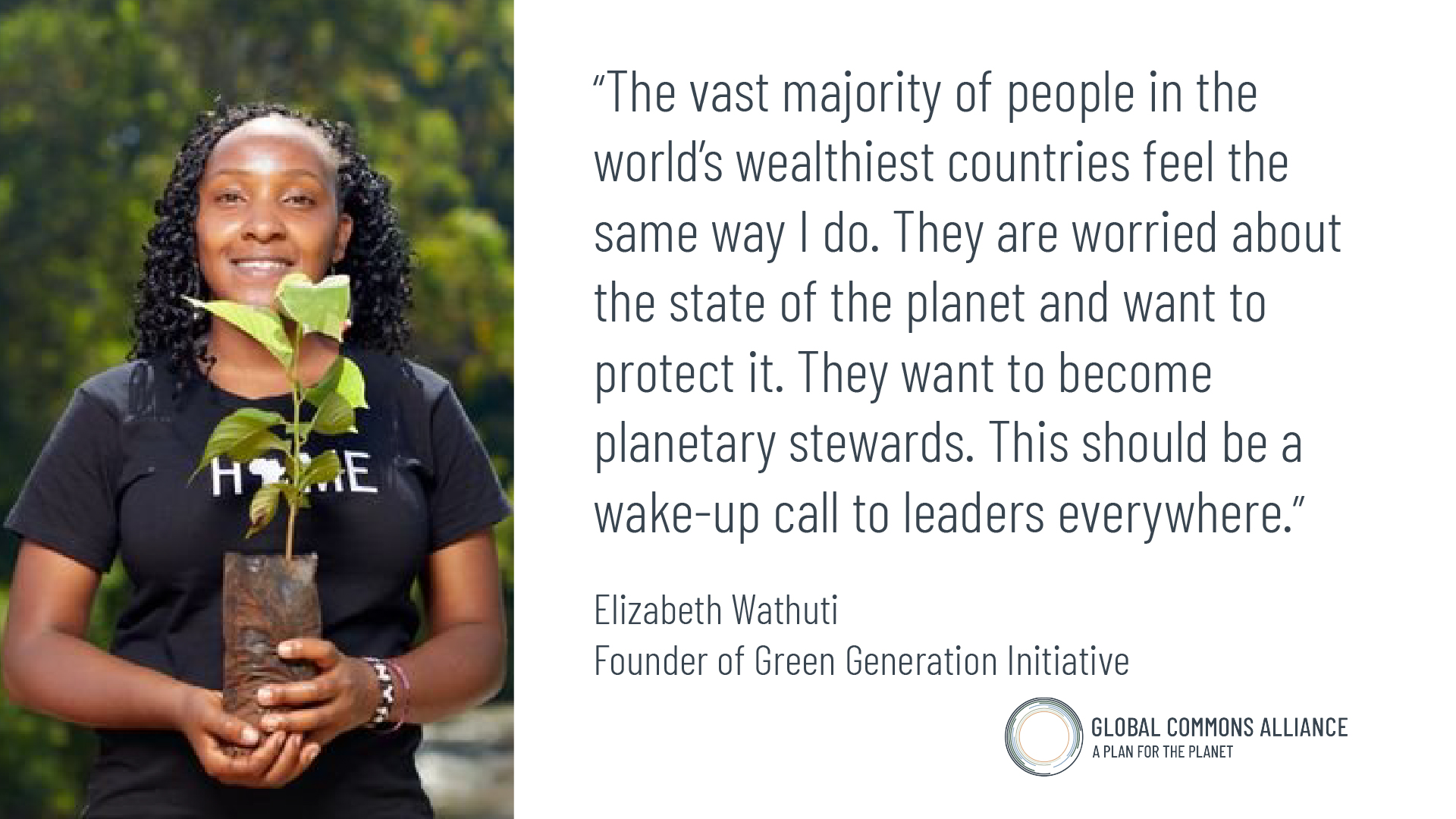 While 59% of people in G20 countries know scientists acknowledge a very rapid energy transition is needed in the next decade, just 8% of people think this is about a need for broader economic changes in the next decade including dietary change, price of goods and services to include environmental costs and moving to circular economies. '

However, 28% of people are aware that scientists think significant change is needed.

“The majority of people in most countries know we need to transform our energy systems, with about a third also acknowledging the need to also transform our food, value and economic systems. As in previous environmental attitude surveys women and younger people are more concerned and action oriented than men.” said Diana Liverman, member of the Earth Commission, US National Academy of Science and Professor at the School of Geography, Development and Environment, University of Arizona.

The survey was carried out by Ipsos MORI in April and May, 2021 – before the release of the IPCC’s sixth assessment report. It was conducted across G20 countries with 19,735 people surveyed (plus an additional survey in Sweden published separately). Interviews were conducted online. In each country, the data is weighted to be representative of the national population.

Data is also available for Sweden.

The survey was supported by Earth4All, a new initiative exploring pathways and new economic systems to stabilize Earth and deliver prosperity to the majority, and FAIRTRANS, a new Swedish research programme exploring sustainable transformation of societies.

The Global Commons Survey: Attitudes to planetary stewardship and transformation among G20 countries. 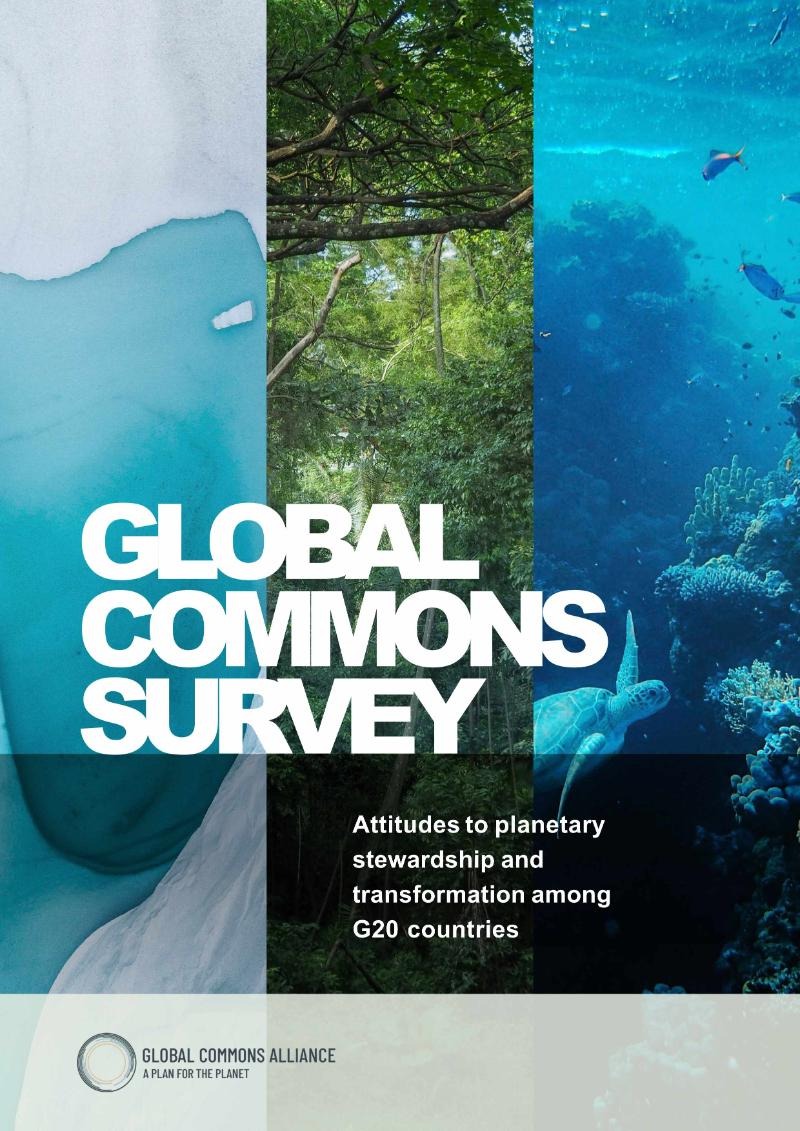