The report "Exponential Roadmap: the 36 most viable solutions to halve greenhouse gas emissions globally by 2030", shows how it is possible to reduce emissions by about 50% by 2030. Growing social movements such as Fridays for Future will help accelerate this, the report states . Photo: Fridays for Future Deutschland/Flickr

An international group of experts compiled by 55 authors from across academia, industry, policy and consultancy have published the Exponential Roadmap: the 36 most viable solutions to halve greenhouse gas emissions globally by 2030.

The solutions – ranging from solar and wind to electric bikes, commercial shipping and reduced red meat consumption – have the potential to scale rapidly.

Stabilizing Earth’s temperature to significantly reduce risks to societies now requires greenhouse gas emissions to reach net zero by 2050. This translates to cutting greenhouse gases by about 50% by 2030 alongside significant removal of carbon dioxide from the atmosphere.

“While this scale of transformation is unprecedented, the speed is not,” says Johan Rockström, a centre researcher and director of the Potsdam Institute for Climate Impact Research, Germany. He is one of the authors behind the report.

This is now a race against time, but businesses and even entire industries have made many significant transitions in less than 10 years.

Christiana Figueres, former head of the United Nations Framework Convention on Climate Change, and Convenor of Mission 2020, a partner organisation in the roadmap, says, “I see all evidence that social and economic tipping points are aligning. We can now say the next decade has the potential to see the fastest economic transition in history."

The report highlights four approaching tipping points that combined will accelerate the transformation:

• Growing social movements (for example, Fridays for Future) changing the public conversation in parallel with companies and cities stepping up climate action.

• Emerging political support for more ambitious targets, for example countries such as the UK, France, Norway and Sweden adopting laws to reach net-zero emissions by 2050 or earlier.

• Solar and wind energy have reached a tipping point and are now cheaper than fossil fuels in many places. Tumbling costs and rapid innovation of low-emissions technology including battery storage and electric vehicles makes a very rapid transformation almost inevitable.

The authors see the circular economy as one of the most significant ways for industries to reduce emissions.

“An immediate priority is to build the policy environment for a circular economy. This could provide half of the emissions reductions we need by 2030 from key industry,” says Johan Falk, an expert in exponential strategies, co-lead author and a fellow at the Stockholm Resilience Centre and Future Earth, an international research programme.

Food and agriculture the dark horse in fight against climate change

The report is a collaboration between academia, business, and civil society groups solutions in six sectors: energy, industry, transport, buildings, food consumption, and nature-based solutions. In the energy sector, the authors conclude the world has reached a tipping point.

”Low cost solar, wind and battery technologies are on profitable, exponential trajectories that will be enough to halve emissions from electricity generation by 2030,” says Tomas Kåberger, lead author of the energy chapter from Chalmers University of Technology, Sweden.

In transport, electric vehicles have the potential to reach a 90% market share by 2030, but only if strong policies support this direction. Even shipping is able to reduce emissions 50% with modifications to routes, speed, and fuel types. The world’s largest container shipping company, Maersk, for example, has now committed to reach net-zero emissions by 2050.

The new roadmap includes findings from several major academic assessments on food system transformation that have been published in the past year, including the EAT-Lancet Commission on Healthy Diets from Sustainable Food Systems and the IPCC climate change and land report.

Food and agriculture is the dark horse in the fight against climate change. It may be the hardest sector to rapidly halve emissions.

It will require a dietary transition from high consumption of red meat and ultra-processed foods to a more healthy diet with plenty of fruit, legumes and vegetables. In addition, the roll out globally of more sustainable farming practices. Barriers include poor land-use planning, contradictory subsidies, focus on quick profits, regulatory barriers, insufficient funding, lack of knowledge, and vested interests could slow progress.

But avoiding deforestation, in addition to reforestation and improved land management is a significant opportunity to reduce and sequester greenhouse gases in the atmosphere. The authors estimate nature-based solutions could be used to sequester around nine billion tonnes of CO2 annually by 2030.

The building sector also requires profound changes. Reducing greenhouse gases 50% can be delivered through greater efficiencies in use of building space alongside energy efficient refurbishment and net zero-emission construction.

The second in its series, the 2019 Exponential Roadmap is complemented with a high-ambition narrative, Meeting the 1.5°C Ambition, that presents why the world must aim to hold global average temperature increase to just 1.5°C. Each new roadmap updates solutions that have proven potential to scale and charts progress towards exponential scaling, using exponential strategies needed to cut emissions 50 percent by 2030 or earlier, then doing it again by 2040 and again by 2050. The first was published in 2018 at the Global Climate Action Summit.

Click here to read more about the Exponential Roadmap

Director of international media and strategy 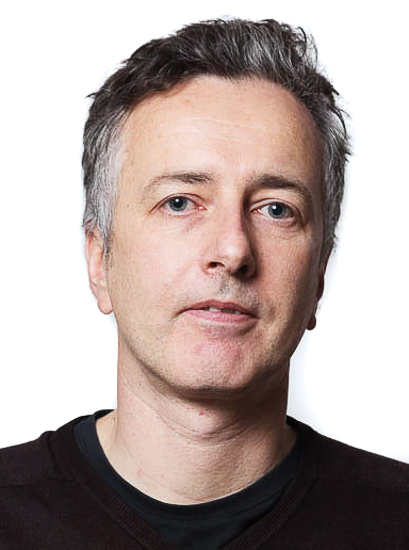