Fisheries conflict is an age-old event. New review paper examine what’s known, and what still needs to be understood about this. Photo:G. Hyzak/U.S Coast Guard

While studies on fisheries conflicts are abundant, confusion remains about what actually constitutes a conflict. A new review paper identifies four key areas of research that still need to be addressed

Dispute about natural resources is nothing new. The tragedy of the commons speaks to that. While we know that natural resources can drive conflict, what is less understood is the complex nature of what these drivers are and how they interact with each other. Fisheries are no exception here.

The study, argues Spijkers, suggests that “a more nuanced understanding of the complex and dynamic nature of fishery conflict and its causes is not only scientifically critical, but increasingly relevant for policymakers and practitioners in this turbulent world.”

The first of the four gaps call for a better definition of what “fishery conflict” actually means. For instance, the review found that fishery conflict can mean a conflict over the stocks themselves, crime, civil unrest, ownership, access rights, or geographic boarders. The lack of distinction makes it difficult to determine the potential causes of fishery conflict.

The lack of understanding of “fishery conflict” also extends to differing intensities. For instance, the review found that of the 31 papers, none differentiate between levels of intensity, such as non-violent versus violent. This would help to differentiate between different drivers of conflict, and perhaps identify tipping points between peace and conflict.

A more nuanced understanding of the complex and dynamic nature of fishery conflict and its causes is not only scientifically critical, but increasingly relevant for policymakers and practitioners in this turbulent world

The second gap is that few papers address the causal complexity; interacting or competing elements driving a conflict. The authors found that most studies focus understanding and legal aspects of a fishery dispute, instead of the underlying drivers that explain the fishery conflict. More specifically, studies tend to focus on poor governance and declining fish stocks.

The authors suggest that by addressing complexity more explicitly in fishery conflict research, would allow for a better understanding of how and why fishery conflict emerges. Relationships between different elements that drive disputes would become more apparent, and perhaps could help mitigate future conflicts before they begin

Case by case no more

The third gap is that only four of the 31 studies they reviewed in depth were comparative in nature. In other words, most studies focused on a single case, making it difficult to determine linkages, dynamics, and the prevalence between different fishery conflicts.

The authors suggest that the lack of comparative studies also means that researchers have not been able to point to a cause of fisheries conflict. While case studies are important for details and historical context, they fail to be generalizable. This means that a large-scale and statistical comparison has not been possible. The authors believe a fisheries conflict database this would help to determine prevalence and geography of fishing disputes, relationships between conflicts, and expand methodologies for researching fishery conflicts.

A complex view for a complex world

Finally, the authors suggest that complex problems call for a complex conceptualization. The authors look to another study that calls for keeping the complexity in describing links between climate, natural resources, society, and human security. They do so through the use of “higher order systems terminology,” terms that describe pattern-process dynamics that emerge from complex system interactions, such as resilience, adaptive capacity, sensitivity, feedbacks, tipping points, or thresholds.

Disputes have broken out over fisheries for centuries. With the climate warming, the world’s population growing, and social inequality widening, the oceans will likely continue to be a hot spot for conflict.

As Spijkers concludes, “As the topic of fishery conflict becomes increasingly salient and considering the importance of fisheries for human well‐being, researchers focused on fisheries conflict can make a practical contribution to more sustainable and cooperative use of fisheries resources. Doing so will require supplementing case‐studies with more generalizable approaches, and developing a deeper understanding of the complex interaction between drivers of fisheries conflict and how to avoid or mitigate them.”

This review study used Scopus database to conduct an initial title-abstract keyword search, which revealed 1941 articles. These articles were then subjected to data mining tools from R software. This helped determine the geographic focus, as well as to narrow the subject fields to those most relevant to marine fishery conflict, such as social sciences and economics. This revealed a total of 803 papers. Further analysis of these papers’ abstracts narrowed the review even further to a total of 31 papers which dealt directly with the roots of a past or ongoing fishery conflict. The review also wanted to understand to what degree social-ecological and complexity thinking was applied in each study. To capture this in their results, the researchers approached the review with four criteria in mind:

Clarity of definitions and applications of key terms
Consideration of feedbacks, thresholds, and nonlinearity in the studies
Use of comparative approaches and methodologies
Use of higher order systems concepts, such as resilience, vulnerability, and emergence 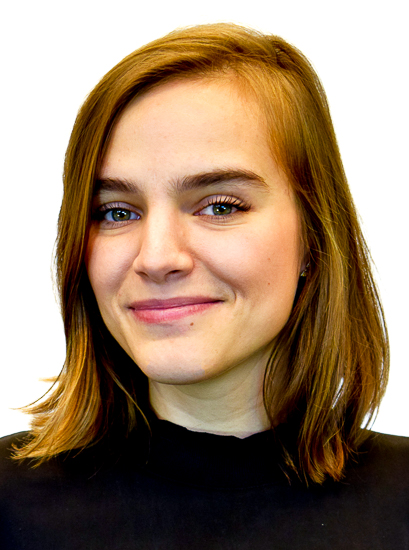 Jessica Spijkers is a PhD candidate studying social-ecological consequences of international conflicts over shared fish stocks. Her PhD is being completed jointly between the centre and ARC Centre of Excellence for Coral Reef Studies (James Cook University, Australia), and she is a fellow with the NEREUS programme.

Robert Blasiak is a postdoctoral researcher for the NEREUS programme focusing on cooperation and conflict related to ocean management.

Henrik Österblom is deputy science director and a researcher working on globalization and marine social-ecological systems, in particular how fisheries and marine ecosystems are managed.