Rapidly changing cities pose a threat to both ecological and social memory carriers. These are slowly changing variables and features that retain or make available information on how different situations have been dealt with before. Photo: G. Aneer/Azote

Down the urban memory lane

Parks, cemeteries and gardens usually have a long legacy of human management and use. This is of course true for more or less all urban green areas and implies that their present character and qualities have been created and maintained by complex interactions between humans and their environment over long time periods.

“Rapidly changing cities pose a threat and a challenge to this continuity that has helped to support biodiversity and ecological functions,” says Erik Andersson, who together with centre colleague Stephan Barthel recently published an article on the subject in Ecological Indicators.

Collective amnesia
The article looks deeper into how this continuity is maintained through memory carriers. Memory carriers can be explained as slowly changing variables and features that retain or make available information on how different situations have been dealt with before.

These carriers may be of both social and ecological character. Ecological memory carriers include seed banks, intact ecosystems and mobile link species (e.g. pollinators and seed dispersers) etc. They are supported by social memory carriers, such as traditions, songs, rules-in-use and artefacts.

Andersson and Barthel also conclude that loss or lack of both social and ecological memory can be diagnoses for resilience loss, in species populations as well as whole urban landscapes.

"Similar to the resilience function of the individual immune system of an organism, which reflects historical exposure to pathogens, the combined ecological memories in a local gene pool influence how a species respond to disturbances"

Social memory can provide the same kind of function in cities and other social-ecological systems, by mobilising old skills, functions and tested responses that can inform future responses to changes.

Regaining memory
A first step to better integrate both social and ecological memory in management of biodiversity in urban and other cultural landscapes, is to properly identify memory carriers. This requires a broad spectrum of variables; from ecological inventories and remote sensing, to analysis of narratives of organizations and groups that take part in conservation and stewardship. Identifying social memory carriers that are indicators of good stewardship is of particular importance.

Good - in this context - is defined by Andersson and Barthel as social carriers that support ecological memory and local knowledge.

“Mal-adaptive social memories that work in opposition to ecological memory carriers are likely to be costly, and with time may lead to failure,” explains Erik Andersson.

How about lost memories? Can they be restored? Andersson and Barthel believe this may be the case. They suggest it is possible to revitalize social memory carriers if they are weak, or even possible to find new combinations of previously spatially separated ecological and social memories. But such efforts may be costly since social memory carriers are built up slowly over time, and cannot exist if they are not also meaningful to the people involved.

Reknitting the social-ecological fabric
A suitable test for the role of social and ecological memory are restoration projects in cities where the landscape and its inhabitants may have changed so much that old land use patterns are lost or have become obsolete. In such situations, Andersson and Barthel see a potential in carefully and respectfully integrate memory carriers. This requires that larger group of diverse potential stakeholders are invited to import and re-combine different streams of environmental knowledge and, eventually, the formation of new memory carriers.

“These new or reformulated memories may become very important in a world where people are losing contact with nature and the resources we rely on,” they write.

Ultimately, these new memory carriers could draw on whatever is left of ecological memory in the region and start to strengthen it.

In the article, Stockholm is put forward as an example of an older city where social and ecological memory carriers are still interconnected. This is particularly obvious in Stockholm’s Royal National Urban Park, which has withstood centuries of pressure from the growing city. Oral traditions, rules-in-use and other social carriers of memory help filter out short-term trends of urbanization. They also preserve a high diversity of species partly rooted in past land uses and associated activities.

Stockholmers and visiting tourists of today can stroll around in the world’s first national urban park and enjoy ancient oaks, meadows, and urban gardens; all of them memories of practice, like timber extraction, grazing, and allotment gardens. Down the social-ecological memory lane, if you like. 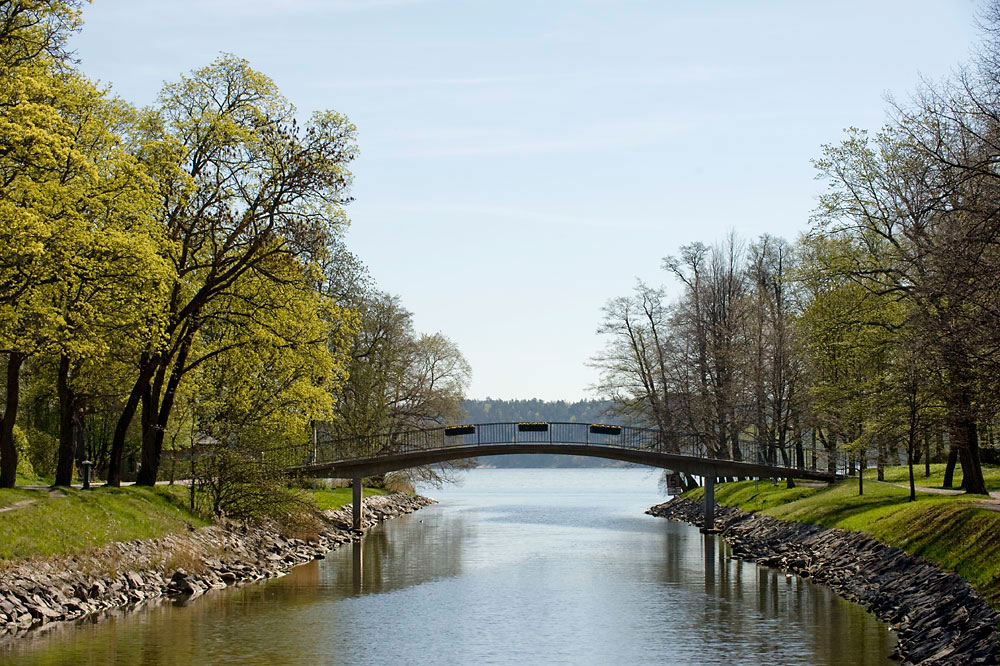 Erik Andersson holds a PhD in natural resource management and systems ecology. His main research interest is in functional landscapes and the spatial framework that influences human interactions with nature.

Stephan Barthel's research revolves around aspects in relation to management of urban ecosystem services and resilience. Focus is on social as well as ecological features that influence management practices.