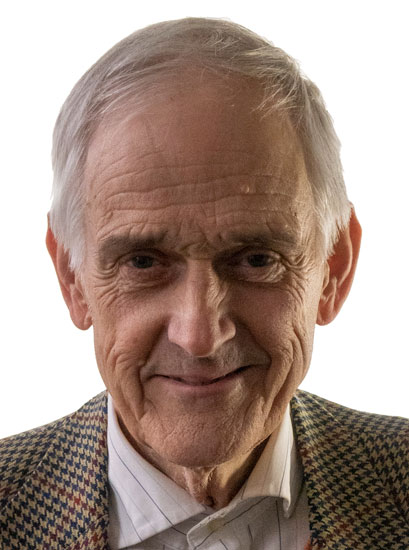 Uno Svedin is a senior researcher, dealing with different aspects of sustainability and resilience topics, with special application to systems, agriculture and urban issues

Svedin is involved in research projects that match his varied interests in sustainability issues. Examples of his latest involvement are in “the sense of place,” and an EU 4-year project (COMPLEX) dealing with “the transition of the Stockholm-Mälar region to a non-fossil situation by 2050” (SU and SLU collaboration). Earlier, he was involved in the initial article on “Planetary boundaries” (2009).

Svedin started as a PhD student in physics (elementary particle) in collaboration with CERN providing a thorough knowledge of “big science.” He recived his PhD in 1974 from Stockholm University. Over the decades, his line of thinking developed across a number of topics: physics-energy-other raw materials and their associated environmental issues, sustainability systems issues, governance, research policy, grand challenges, urban, regional and agricultural realms of application - and issues facing us in the period of the Anthropocene.

Svedin has a number of different positions during his career:

Svedin’s combination of interest over the years, starting from his Master’s studies (1967) until today, has included an array of scientific interdisciplinary practices involving, both natural science, social science and the humanities aspects. All of these coming together is what today is called sustainability challenges.

His wide interests between academic research and research policy, informed his role at FRN (The Swedish Council of Planning and Coordination of Research) from 2001-2010, and as the International Director at the Formas Research Council.

The global hydrological cycle is characterized by complex interdependencies and self-regulating feedbacks that keep water in an ever-evolving state of flux at local, regional, and global levels. Increasingly, the scale of human impacts in the Anthropocene is altering the dynamics of this cycle, which presents additional challenges for water governance. “Earth system law” provides an important approach for addressing gaps in go...

Learning from generations of sustainability concepts

Background: For decades, scientists have attempted to provide a sustainable development framework that integrates goals of environmental protection and human development. The Planetary Boundaries concept (PBc) – a framework to guide sustainable development – juxtaposes a 'safe operating space for humanity' and 'planetary boundaries', to achieve a goal that decades of research have yet to meet. We here investigate if PBc is suf...

Stewardship as a boundary object for sustainability research: Linking care, knowledge and agency

Current sustainability challenges – including biodiversity loss, pollution and land-use change – require new ways of understanding, acting in and caring for the landscapes we live in. The concept of stewardship is increasingly used in research, policy and practice to articulate and describe responses to these challenges. However, there are multiple meanings and framings of stewardship across this wide user base that reflect di...

See all publications with Svedin, Uno