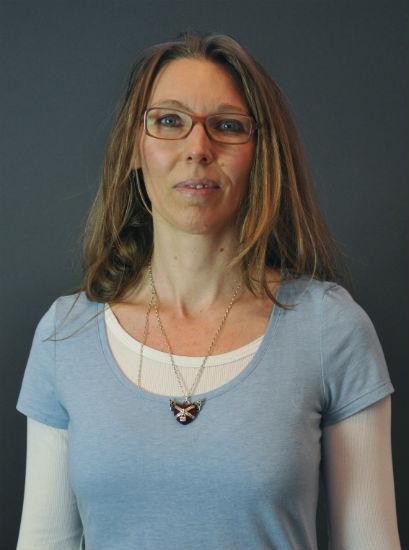 Åsa Gren’s research focuses on sustainable and resilient urban development in the context of ecosystem services, and she is also an urban theme leader

Gren, together with Johan Colding and Stephan Barthel, lead the urban theme at SRC. Within this context, Gren research aims at operationalizing the incorporation of ecosystem services and their benefits (including provisioning, regulating, and cultural services) into both economic decision making, as well as sustainable urban planning processes, using a social-ecological systems framework.

She is in the process of forming a network with relevant economists, drawing from the Beijer Institute networks, and is also continuing work already in progress with architects and modellers at Chalmers University in Gothenburg.

At the Resilience conference 2017, she also plans on merging these two networks via a session titled “Integrating spatial explicit economic decision making with cutting edge land use planning for sustainable and resilient ecosystem service generation.” This session will draw on quantitative and spatial aspects and what they have in common, which is a prerequisite for defining constructive ways of bringing ecosystem services into everyday economic and urban planning decisions.

From 2002-2003, Gren was a course coordinator for the Master’s course “Sustainable enterprise” at the Department of Systems Ecology, Stockholm University. From 2004-2007, she worked as a post-doctoral researcher under the supervision of Karl-Göran Mäler at the Beijer Institute within the IWAP project, which was funded by a FROMAS grant.

Gren continuously collaborates with public actors in Sweden, such as the Stockholm County Council, the Office of Regional Planning and the County administrative board of Stockholm. This type of collaboration has e.g. resulted in a publicly oriented report on the integration of ecosystem services in urban planning and design.

Valuing biodiversity and resilience: an application to pollinator diversity in the Stockholm region

This paper characterizes the value of biodiversity and ecosystem resilience by formalizing a stochastic dynamic bioeconomic model of pollinator diversity under climate changes, with an application to oil rapeseed production in the Stockholm region of Sweden. It studies the optimal provision of semi-natural habitat for two different pollinator bee species: bumble bees and solitary wild bees. It is found that, despite being les...

How smart is smart growth? Examining the environmental validation behind city compaction

Smart growth (SG) is widely adopted by planners and policy makers as an environmentally friendly way of building cities. In this paper, we analyze the environmental validity of the SG-approach based on a review of the scientific literature. We found a lack of proof of environmental gains, in combination with a great inconsistency in the measurements of different SG attributes. We found that a surprisingly limited number of st...

The spatial extent of ecological processes has consequences for the generation of ecosystem services related to them. However, management often fails to consider issues of scale when targeting ecological processes underpinning ecosystem services generation. Here, we present a framework for conceptualizing how the amount and spatial scale (here discussed in terms of extent) of management interventions alter interactions among ...

Operationalising a social–ecological system perspective on the Arctic Ocean

We propose a framework to support management that builds on a social–ecological system perspective on the Arctic Ocean. We illustrate the framework’s application for two policy-relevant scenarios of climate-driven change, picturing a shift in zooplankton composition and alternatively a crab invasion. We analyse archetypical system dynamics between the socio-economic, the natural, and the governance systems in these scenarios. ...