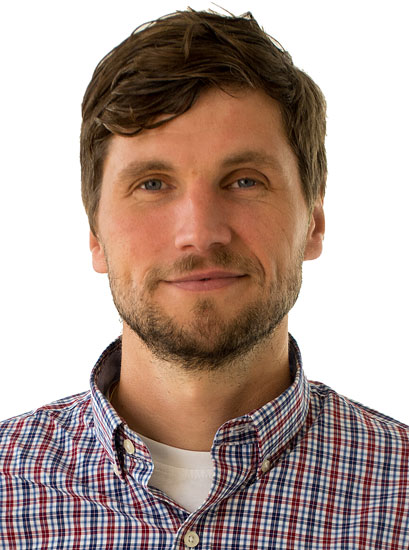 Henriksson has worked at SRC with the support from WorldFish since 2015, first as a post-doc, later as a researcher. His expertise is on Life Cycle Assessments of food commodities, with a focus on Blue Foods.

He is also exploring ways of reducing the environmental impact of aquaculture, especially in the Global South. This also includes ways to reduce antimicrobial use in fish farming.

Together with the Beijer Young Scholars, Henriksson is also trying to understand the interactions between inequality and the biosphere, using seafood and palm oil in Indonesia as a case study.

Henriksson has a background in marine biology, with a focus on environmental footprinting of aquaculture products. With an MSc from Stockholm University, he completed a PhD at Leiden University, the Netherlands in 2015.

Henriksson is a scientific advisor for SEABOS, mainly through TFIII focusing on antibiotic stewardship in aquaculture. He has also contributed to the Blue Food Assessment, and is a proud member of the Beijer Young Scholars. He is also collaborating with Oxford University to develop the HESTIA platform, a standardised format to represent agri-environmental data.

Henriksson PJG, Rico A, Troell M, et al (2018b) Unpacking factors influencing antimicrobial use in global aquaculture and their implication for management: a review from a systems perspective. Sustain Sci 13:1105–1120.

Evolving Perspectives of Stewardship in the Seafood Industry

Humanity has never benefited more from the ocean as a source of food, livelihoods, and well-being, yet on a global scale this has been accompanied by trajectories of degradation and persistent inequity. Awareness of this has spurred policymakers to develop an expanding network of ocean governance instruments, catalyzed civil society pressure on the public and private sector, and motivated engagement by the general public as co...

Seafood is seen as promising for more sustainable diets. The increasing production in land-based closed Recirculating Aquaculture Systems (RASs) has overcome many local environmental challenges with traditional open net-pen systems such as eutrophication. The energy needed to maintain suitable water quality, with associated emissions, has however been seen as challenging from a global perspective. This study uses Life Cycle A...

Development of new biocides has dominated human responses to evolution of antibiotic and pesticide resistance. Increasing and uniform biocide use, the spread of resistance genes, and the lack of new classes of compounds indicate the importance of navigating toward more sustainable coevolutionary dynamics between human culture and species that evolve resistance. To inform this challenge, we introduce the concept of coevolution...

The dominant sustainable seafood narrative is one where developed world markets catalyze practice improvements by fisheries and aquaculture producers that enhance ocean health. The narrow framing of seafood sustainability in terms of aquaculture or fisheries management and ocean health has contributed to the omission of these important food production systems from the discussion on global food system sustainability. This omiss...

See all publications with Henriksson, Patrik