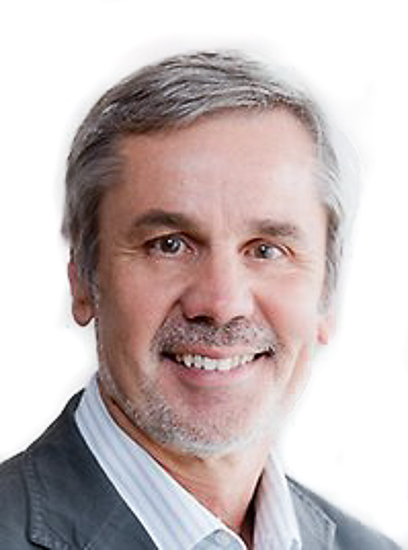 Will Steffen's research focus is on integrating Earth and world dynamics, planetary boundaries and the Anthropocene

Steffen's primary position is Emeritus Professor with the Fenner School of Environment and Society, the Australian National University (ANU), Canberra. He is also a Councillor with the independent Climate Council of Australia.

He began his career as a chemical engineer with a BSc from the University of Missouri (1970). He holds an MSc (1972) and PhD (1975) degrees in chemistry from the University of Florida, and honorary doctorate degrees from Stockholm University and the University of Canberra. Following a research fellowship at the Research School of Chemistry at ANU from 1977-1980, Steffen joined the CSIRO Division of Environmental Mechanics in the roles of science management, editing and communication.

In 1990 Steffen took up the position of Executive Officer for the Global Change and Terrestrial Ecosystems project of the International Geosphere-Biosphere Programme (IGBP). From 1998 to 2004 he served as Executive Director of IGBP and was based in Stockholm. Steffen returned to Canberra in mid-2004 and took up a Visiting Fellowship with the Bureau of Rural Sciences, Department of Agriculture, Fisheries and Forestry, Australian Government. A year later he joined the ANU and was the foundation director of the Fenner School of Environment and Society before serving as Executive Director of the ANU Climate Change Institute from 2008 to 2012. He is a member of the Anthropocene Working Group, which is exploring the formalization of the Anthropocene in the Geological Time Scale.

Steffen's research interests span a broad range within the field of Earth System science, with an emphasis on global sustainability integrating Earth and world dynamics, planetary boundaries and the Anthropocene. He is currently contributing to the ERC “Earth Resilience in the Anthropocene” project, jointly coordinated at the SRC and the Potsdam Institute for Climate Impact Research (PIK).

His work usually takes a synthesis/integration approach to complex questions about the evolution of the human-environment relationship in the context of the Earth System, often working with teams of researchers both in Australia and internationally.

He has given numerous presentations on climate change, global change, the Anthropocene and Earth System science to political and business leaders as well as community groups. He has also served on several advisory boards and review panels.

News articles with Steffen, Will

See all news articles with Steffen, Will

Publications by Steffen, Will

Climate tipping points — too risky to bet against

Politicians, economists and even some natural scientists have tended to assume that tipping points1 in the Earth system — such as the loss of the Amazon rainforest or the West Antarctic ice sheet — are of low probability and little understood. Yet evidence is mounting that these events could be more likely than was thought, have high impacts and are interconnected across different biophysical systems, potentially committing th...

Rapid urbanisation generates risks and opportunities for sustainable development. Urban policy and decision makers are challenged by the complexity of cities as social–ecological–technical systems. Consequently there is an increasing need for collaborative knowledge development that supports a whole-of-system view, and transformational change at multiple scales. Such holistic urban approaches are rare in practice. A co-design ...

The technosphere in Earth System analysis: A coevolutionary perspective

Earth system analysis is the study of the joint dynamics of biogeophysical, social and technological processes on our planet. To advance our understanding of possible future development pathways and identify management options for navigating to safe operating spaces while avoiding undesirable domains, computer models of the Earth system are developed and applied. These models hardly represent dynamical properties of technologi...

Stratigraphic and Earth System approaches to defining the Anthropocene

See all publications with Steffen, Will