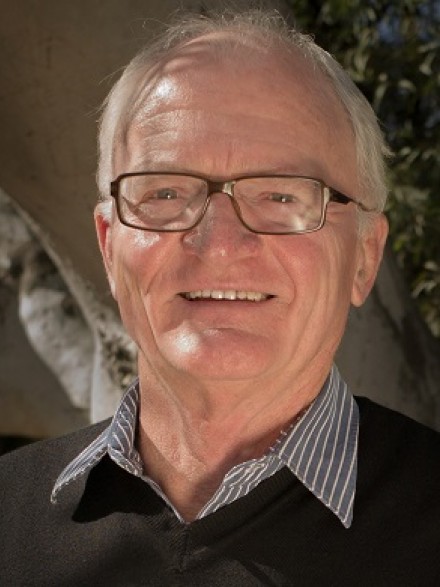 Based in Australia, Brian Walker is an honorary post-retirement Fellow at CSIRO

Walker was born and raised in Zimbabwe, obtained his first degree in agriculture in South Africa, and his Ph.D. in ecology in Sakatchewan, Canada, in 1968.

His interests are in ecosystem function and dynamics, particularly in regard to resilience of tropical savannas and rangelands. He lectured at the University of Zimbabwe for six years and was then Professor of Botany and Director of the Centre for Resource Ecology at the University of Witwatersrand in Johannesburg until 1985, when he moved to Australia as Chief of the CSIRO Division of Wildlife and Ecology. He stood down from that position in 1999.

He was leader of the International Decade of the Tropics Program on Responses of Savannas to Stress and Disturbance from 1984 to 1990, and of the Global Change and Terrestrial Ecosystems Project of the IGBP from 1989 to 1998, and is a past Chair of the Board of the Beijer International Institute for Ecological Economics in the Swedish Academy of Science.

He has co-authored two books, edited seven, written over 150 scientific papers and is on the editorial boards of five international journals. He received the Ecological Society of Australia's Gold Medal for 1999. He is a Fellow of the Australian Academy of Technological Sciences and Engineering.

Many social-ecological systems can exist in different self-organizing configurations or 'regimes'. Each of these configurations produces a different set of ecosystem services, with different consequences for different users. Changes in controlling slow variables can cause a system to shift from one regime to another if certain thresholds are exceeded and there is a change in dominat feedback processes in the social-ecological ...

Although some ecosystem responses to climate change are gradual, many ecosystems react in highly non-linear ways. They show little response until a threshold or tipping point isreached where even a small perturbation may trigger collapse into a state from which recovery is difficult. Increasing evidence shows that the critical climate level for such collapse may be altered by conditions that can be managed locally. These syner...

Systems linking people and nature, known as social-ecological systems, are increasingly understood as complex adaptive systems. Essential features of these complex adaptive systems – such as nonlinear feedbacks, strategic interactions, individual and spatial heterogeneity, and varying time scales – pose substantial challenges for modeling. However, ignoring these characteristics can distort our picture of how these systems wor...

Globalization, the process by which local social-ecological systems (SESs) are becoming linked in a global network, presents policy scientists and practitioners with unique and difficult challenges. Although local SESs can be extremely complex, when they become more tightly linked in the global system, complexity increases very rapidly as multi-scale and multi-level processes become more important. Here, we argue that addr...

See all publications with Walker, Brian