Chair of the board 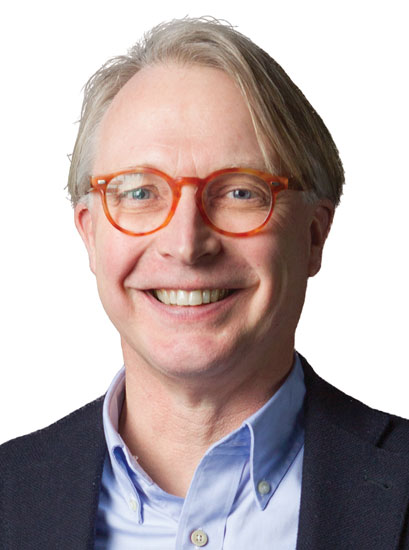 Carl Folke's research has broken new grounds in understanding the dynamic interplay of humans and nature, economy and ecology. He is also one of the most cited researchers in the world

Folke is co-founder and in the leadership of the Centre and also director of the Beijer Institute of Ecological Economics of the Royal Swedish Academy of Sciences.

In addition to engagement with SRC research areas, he is director (with Beatrice Crona) of the Global Economic Dynamics and the Biosphere (GEDB) Academy Programme and principal investigator (with Gretchen Daily) of a Wallenberg Foundation Stanford collaboration programme on ‘Fundamental research in biosphere-based sustainability science’.

Folke has more than 30 years of experience in collaborating across disciplines, known for his work with social-ecological systems, resilience, sustainability science, and ecological economics. He has produced some 350 publications and is recognized as a highly cited researcher.

Books include Linking Social and Ecological Systems: Management Practices and Social Mechanisms for Building Resilience (1998), Navigating Social-Ecological Systems: Building Resilience for Complexity and Change (2003), Principles of Ecosystem Stewardship: Resilience-Based Natural Resource Management in a Changing World (2009), and the Art-Science volume Reflections: On People and the Biosphere (2014). He is on the editorial board of some fifteen international scientific journals.

He has created inter- and transdisciplinary research institutes and collaborative platforms, supported cooperation of young scientists across disciplines, and contributed to the development of new areas of research, concepts and approaches that have spread across science, education, policy and practice, and more recently into the business community.

His work has illustrated how progress, prosperity and wellbeing will benefit from reconnecting development to the biosphere, and how to navigate transformations toward sustainable futures.

He has degrees in both economics, business, and administration, and in biology with a focus on ecology. Folke defended his PhD 1990 on the role of life-supporting ecosystems for social and economic development. He became full professor of natural resource management in 1996.

He was deputy director of the Beijer Institute (1991-1996), Chair of the Natural Resource Management branch of Department of Systems Ecology (1997-2007) and director of the Center for Transdisciplinary Environmental Research (CTM), Stockholm University (1999-2006).

Folke is among the founders of the Resilience Alliance, a board member, and in the Executive Committee (1999-2015), and participated as part of the advisory board in the development of the South American Institute for Resilience and Sustainability Studies (SARAS), Maldonado, Uruguay. He was involved in the development of the International Society for Ecological Economics (ISEE) working as Secretary of ISEE for about 5 years, and engaged in the Millennium Ecosystem Assessment, the subglobal assessments in particular.

Recently, he took part in the Nereus Program, Predicting the Future Ocean, was involved with two Nordic Centre of Excellence (NorMer, GreenMar), and has been partner investigator in the ARC Centre of Excellence for Coral Reef Studies, JCU, Australia for about ten years.

Folke is a leader of the Beijer Young Scholars research project ‘Achieving the sustainable development goals in an unequal world’. He is co-organizer of the Keystone Actors dialogues for ocean stewardship with transnational seafood corporations and the SeaBos initiative, and participates in the Earth Resilience and Sustainability Initiative with Princeton University and PIK.

In April 2021 he played a central role in the first Nobel Prize Summit, hosted by the Nobel Foundation and organised by the US National Academy of Sciences, Potsdam institute for Climate Impact Research, and Stockholm Resilience Centre/Beijer Institute.

He has given over 200 scientific presentations including keynotes and lectures worldwide, numerous public lectures and seminars for diverse audiences, and interviews to the media. He has a long record of science, policy and practice collaboration, working with key actors from local landscapes in Sweden to international bodies and enterprises.

He started an institute for science communication, Albaeco, in the late 1990s and is genuinely engaged in the arts-science interface. He has developed several exhibitions like “Changing Matters – The Resilience Art Exhibition” 2008, “Reflections – On People and the Biosphere”, with installations at the art venue Artipelag 2014 and the Raoul Wallenberg Square 2015, Stockholm, and co-developed and contributed to the the exhibitions Patterns of the Biosphere 2015 and Welcome to the Biosphere, both at Svenskt Tenn, Stockholm.

Transformation toward a sustainable future requires an earth stewardship approach to shift society from its current goal of increasing material wealth to a vision of sustaining built, natural, human, and social capital—equitably distributed across society, within and among nations. Widespread concern about earth’s current trajectory and support for actions that would foster more sustainable pathways suggests potential social ...

The biosphere crisis requires changes to existing business practices. We ask how corporations can become sustainability leaders, when constrained by multiple barriers to collaboration for biosphere stewardship. We describe how scientists motivated, inspired and engaged with ten of the world’s largest seafood companies, in a collaborative process aimed to enable science-based and systemic transformations (2015–2021). CEOs face...

See all publications with Folke, Carl