The world’s ecosystems are losing their resilience

Russia, Canada, the US and Australia are the countries with the largest areas of resilience loss. The Arctic tundra and boreal forest are the most affected. Photo: D. Carlsson/Azote

WE ARE LOSING THEM: Almost 30% of the world’s ecosystems are on the brink of critical tipping points that can change their function and structure with severe consequences for humans and society.

This is the conclusion from an analysis conducted by centre researcher Juan Carlos Rocha in the journal Environmental Research Letters.

The Arctic tundra and boreal forest are the most affected, as well as the Indian Ocean and Eastern Pacific.

Using remote sensing tools, Rocha looked to identify where so-called regime shifts, or large, persistent, often abrupt changes in the structure and function of social-ecological systems, are likely to happen. He did this by studying the primary productivity of terrestrial and marine ecosystems.

Primary productivity is a proxy of how much living organisms are able to transform solar energy and nutrients into biomass through photosynthesis.

“Seen from space, primary production is the pulse of life in the biosphere,” Rocha explains.

His study confirms findings from similar reports that the planet’s ecosystems are in serious decline: 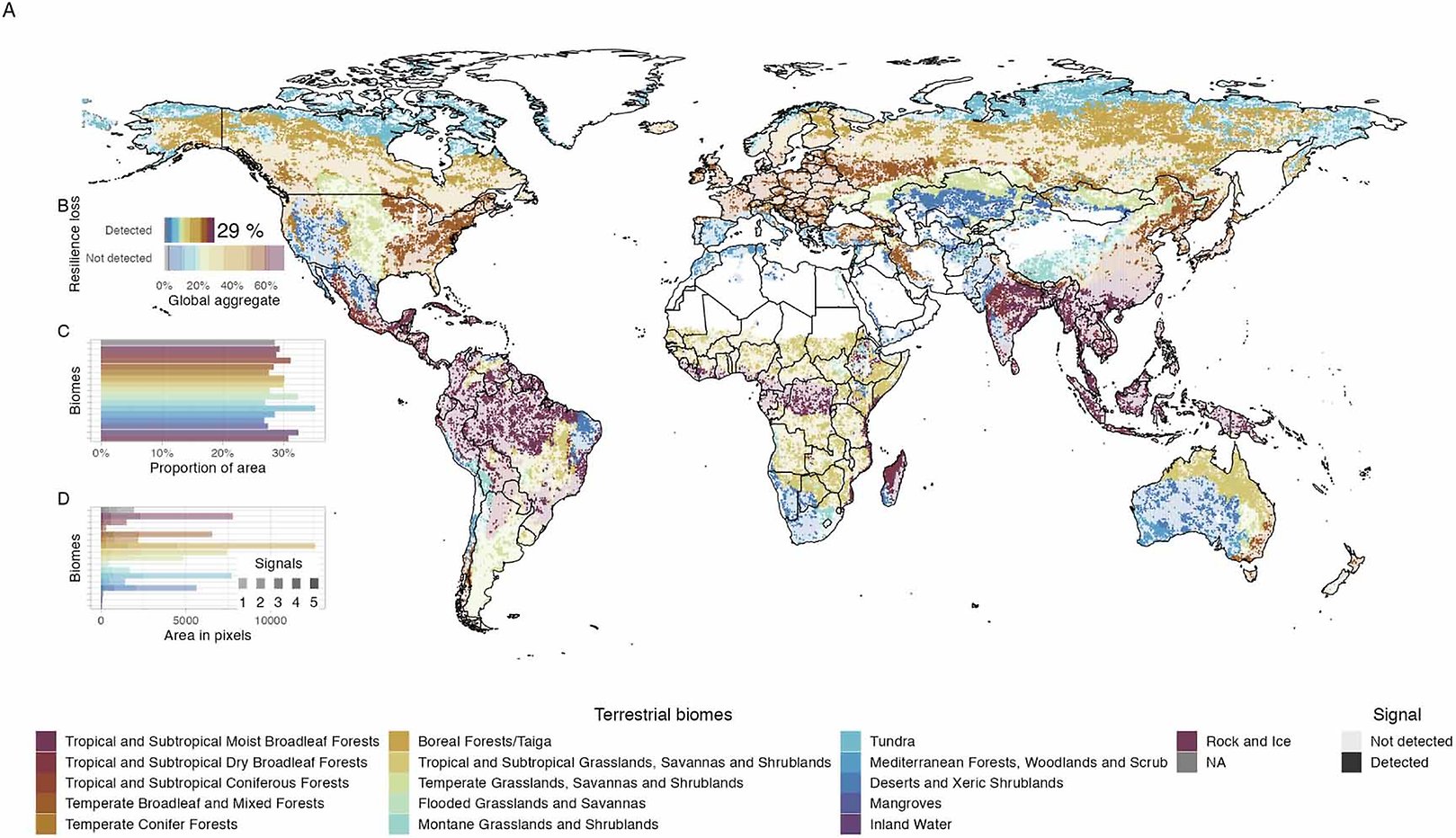 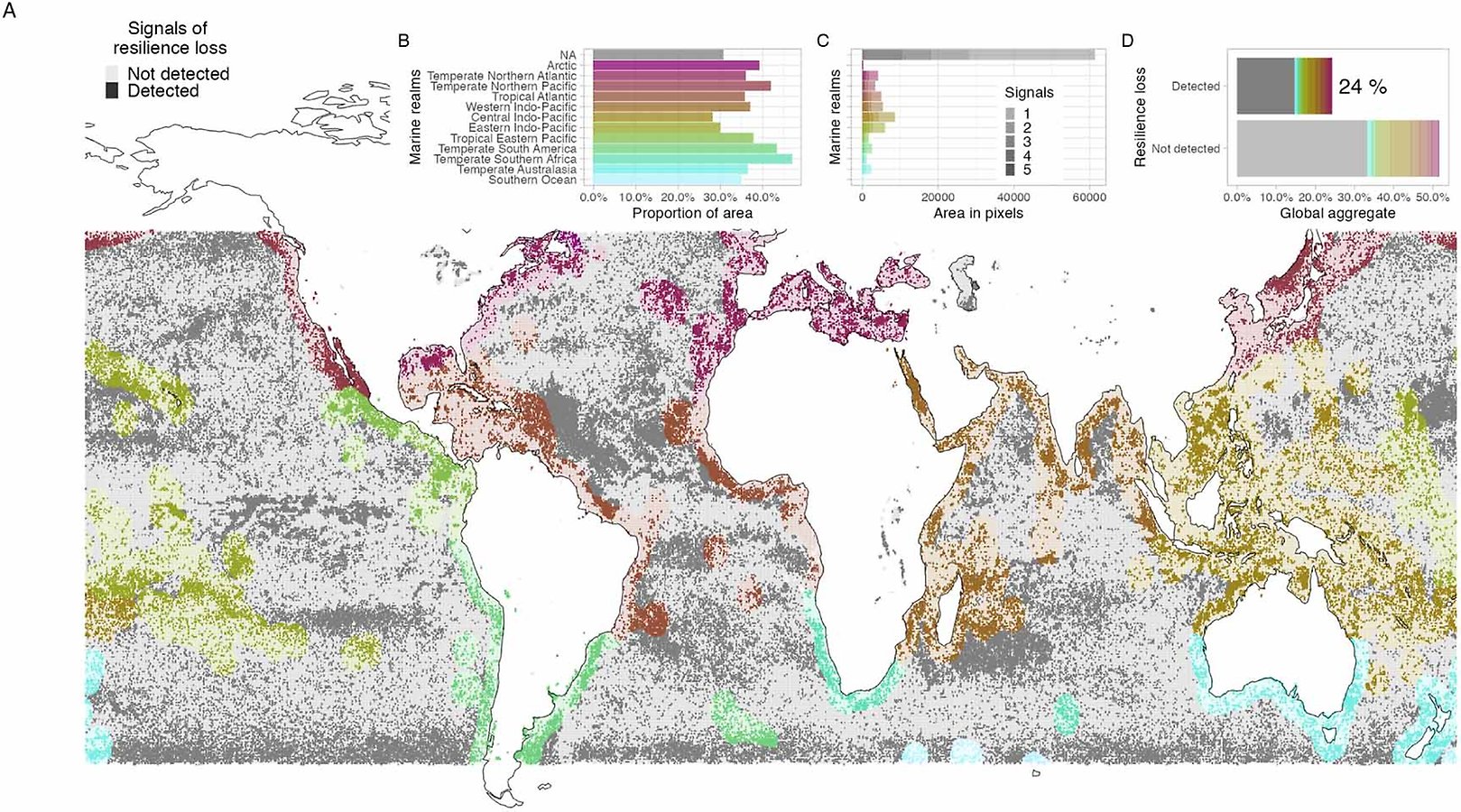 Despite being one of the best observational records to date on global ecosystem resilience, Rocha warns that the result is likely to be an underestimation. Only regime shifts that were drastic enough to change primary productivity observed through remote sensing products could be included.

Despite its limitations, this first-order approximation of ecosystem resilience loss can help outline which areas need priority for action.

Russia, Canada, the US and Australia are the countries with the largest areas of resilience loss. Australia has recently been defined as a hotspot for ecological collapses. However, by proportion of territory, small island states top the ranking.

“The findings presented here enable countries, regions and even municipalities to take the necessary measurements to better protect both marine and terrestrial ecosystems,” Rocha says.

When ecosystems are close to tipping points, they leave statistical signatures on time series known as early warning signals. Ecosystems take longer time to recover when perturbed, leaving traces in statistics such as variance and autocorrelation. Juan Carlo Rocha uses these theoretical features to search for statistical signatures of resilience loss on marine and terrestrial primary productivity of ecosystems. Satellite data goes back decades and it is one of the best observational global records of ecological changes.

Rocha uses statistical methods that detect critical slowing down, a phenomenon shown when regime shifts approaches tipping points driven by slow changes in drivers. An example could be increases in mean temperature. Juan complemented the analysis using critical speeding up, a phenomenon shown when regime shifts are driven by stochastic processes, for example increase frequency of fires, heat waves, of floods.