What will it take to save the human ocean?

On May 3, the centre hosted a half-day seminar on how science, policy and business can achieve sustainability in an increasingly crowded ocean space. Photo: E. Nevelius/Royal Swedish Academy of Sciences

On May 3, the centre hosted a half-day seminar on how science, policy and business can achieve sustainability in an increasingly crowded ocean space.

HRH Crown Princess Victoria and HRH Crown Prince Haakon are both actively engaged in ocean sustainability. The Swedish Crown Princess has for several years been closely engaged with the SeaBOS initiative, a collaboration between the ten largest seafood companies in the world and leading marine scientists from the centre/SRC and elsewhere.

During the seminar, Their Royal Highnesses highlighted both countries’ close connection to the ocean and emphasized the need to become better stewards of it.

“We share a true passion for the ocean. We need to bring the ocean back into balance. We have a collective opportunity. Let’s take care of the ocean and thereby take care of ourselves,” Crown prince Haakon said. 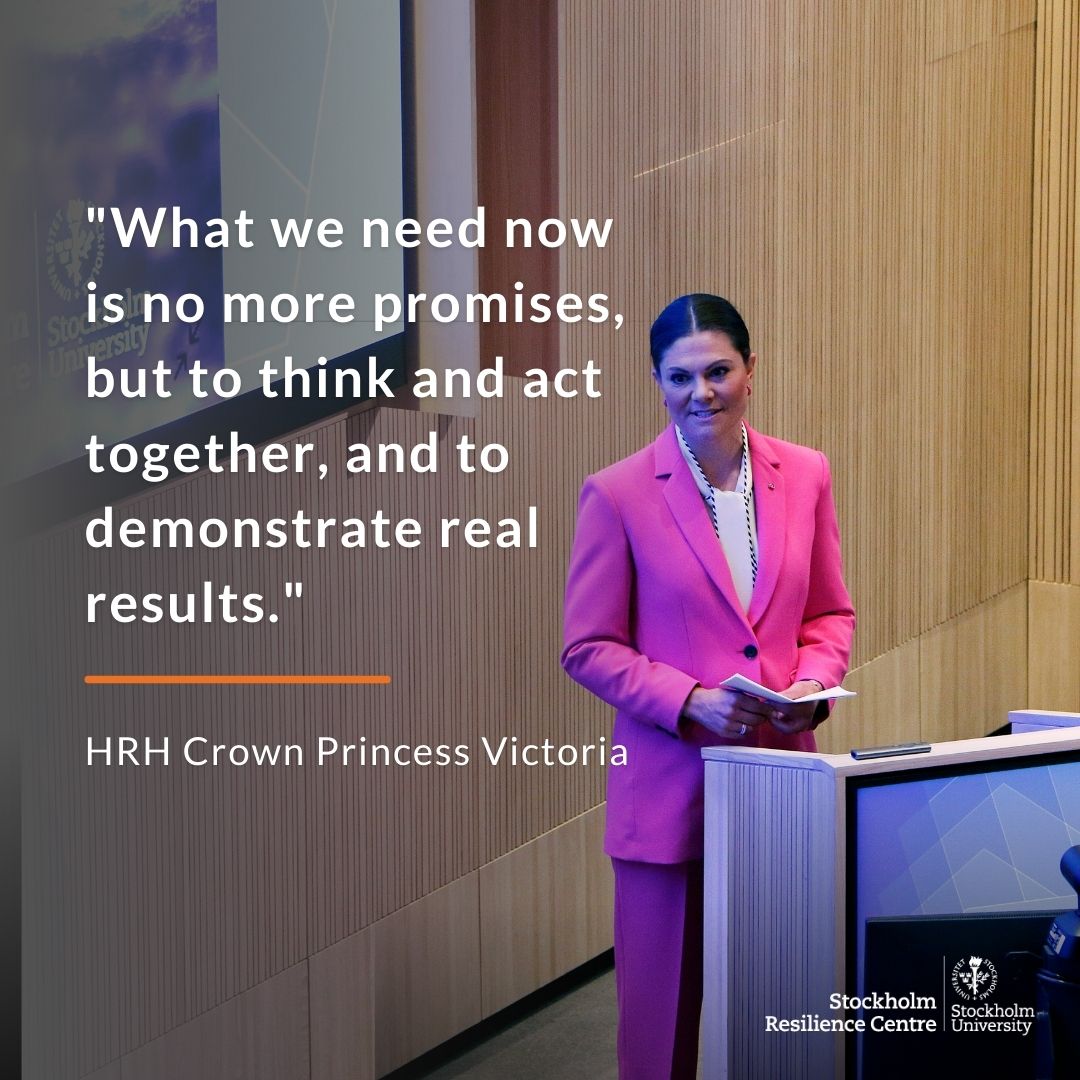 "There are many bold promises that look good on paper. But what we need now is no more promises, but to think and act together, and to demonstrate real results," Crown Princess Victoria added.

A race for the ocean

Beatrice Crona, centre deputy science director, provided a comprehensive overview of how the human pressure on the world's ocean shows no sign of slowing. This has significant consequences for the ocean ecosystems.

Of the 14 biggest ocean sectors currently operating, such as shipping, oil and gas, and telecommunications, 13 of them have a negative environmental impact.

“We must ask ourselves, can the blue economy continue to grow?” Crona said.

One solution may be found in new collaborations between science and business. Centre researcher Robert Blasiak highlighted the process that eventually lead to Seafood Business for Ocean Stewardship (SeaBOS).

The initiative was born out of an idea developed in the 1960s describing how some species – called keystone species - exert much stronger influence in an ecosystem than others. Some 50 years later centre science director Henrik Österblom and his colleagues used this concept as inspiration to explore whether similar patterns could be seen within the seafood sector.

Launched in 2016, some real progress within SeaBOS is starting to happen, Blasiak explained in his talk.

But what about policy? Can science be the foundation for sound policies? Yes, according to Vidar Helgesen, CEO of the Nobel Foundation and co-chair advisory council to the UN Decade of Ocean Science.

Like all the other participants, he emphasized the urgency of action. Both the speed of change and the opportunities available are accelerating. To deal with both, science plays a crucial role. While politics is “one damn thing after another”, science provides new insights based on rigid processes, he added.

Finally, centre director Line Gordon ended the seminar with a summary of the various talks. She too empathized the importance of working across sectors and disciplines to make sure “the human ocean” is managed in a sustainable way.

Podcast: What it takes to make science and business connect

Together they share thoughts and experiences on how it is working together to make the world’s largest seafood companies more sustainable.