On plastic pollution, private companies can and must do more

Despite the increased attention plastic pollution has received over the past years, tremendous regional and sectoral diversity in corporate actions around the problem persist. Photo: T. Mossholder/Unsplash

Big differences exist in companies' efforts to deal with the problem. Among the sectors low on commitments are the car, oil and gas industries

PLASTIC NOT SO FANTASTIC: From the depths of the Mariana Trench to the peak of Mount Everest, plastic pollution is everywhere. Most people agree that we need to do something about it, but approaches range from stopping buying straws for our children’s drinks to laws on banning plastic bags.

But what about the private sector? What actions are companies taking to curb the use of the synthetic stuff in their operations? Where are the leaders, where are the laggards, and are corporate “green clubs” focused on plastic pollution mobilizing greater ambition?

Recycling and not much else

In paper published in Sustainable Futures, centre researchers Robert Blasiak and Jean-Baptiste Jouffray with colleagues from the Stockholm Environment Institute and Duke University scanned more than 2,300 corporate reports from the world’s 200 largest companies over a ten-year period to see whether their attention to plastic pollution has changed over the years.

In short, corporate reporting on plastics has increased dramatically over the past 10 years. But a closer look underscores great variation among companies active in different sectors and headquartered in different regions.

A comparison with corporate membership in green clubs also helps to pinpoint which sectors and which regions are a step behind their peers – and perhaps where greater attention is needed if a truly global challenge is to be tackled.

In addition, most of the reported efforts focus on recycling, leaving other parts of the plastic life cycle largely unaddressed. Furthermore, there is also a consistent gap between those business sectors that can be considered committed to the cause and those who are not.

Companies classified as committed, often those producing consumer goods of various kinds, are more explicit on various voluntary actions, alliances or networks aimed at reducing plastic use and waste.

Among the sectors low on commitments are the car, oil and gas industries. 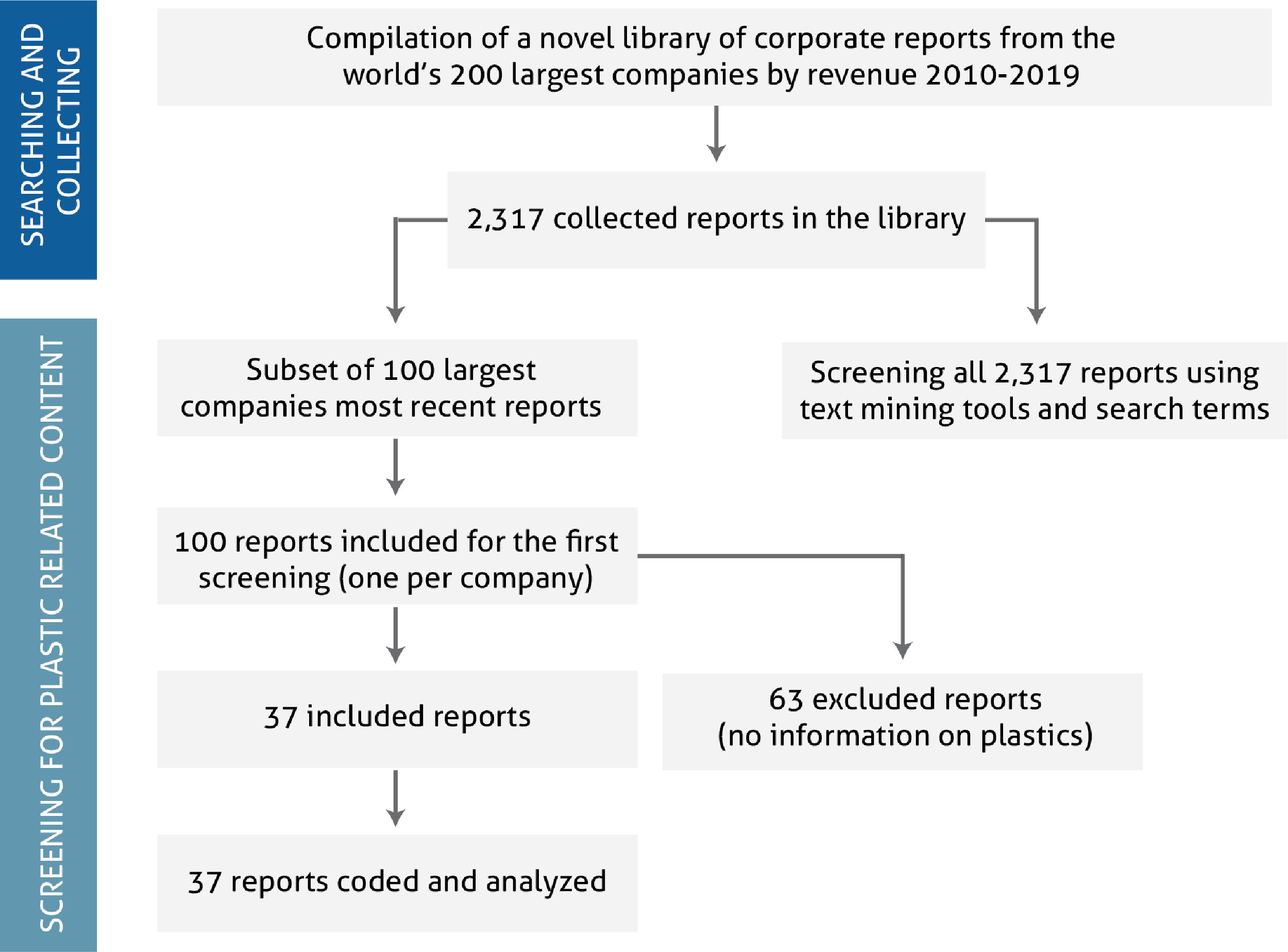 Despite a rapid increase in reporting over the past decade, the number of companies that evaluate their activities and commitments to reduce plastic remains fairly low. In some cases, reports offer strong statements of vision and purpose, but little on actual evaluation.

These results suggest considerable scope for increased action across the different stages of the plastic life cycle.

Blasiak and his co-authors call for a broader, more system based approach, far beyond the focus on recycling. A more coherent and global approach showcasing best practices could help.

Specifically, the researchers suggest four actions to make companies more focused on their plastic use:

1. Expand the library of corporate reports and track their efforts to address plastic pollution
2. Systematically review green clubs that bring together companies aiming to take voluntary leadership on sustainability issues
3. Include more research data in the corporate reports, such as interviews and surveys
4. Identify and engage with the most important companies producing plastics

“Despite the increased attention plastic pollution has received over the past years, the private sector can and must do much more. But the private sector is not a monolithic entity – it is diverse, and voluntary initiatives or simplistic approaches to engaging it will miss a lot,” the authors conclude.

Based on the Global 500 list, the researchers visited the websites of the 200 largest companies in the world (by revenue) and compiled a library of all available annual reports and sustainability reports for the past 10 years (2010–2019). To understand trends over time in plastics reporting, the 2317 reports were analyzed using text mining tools and relevant search terms. To further understand the materiality of plastic waste and pollution for corporate behavior, a content analysis was conducted for the 100 largest companies for which reports were collected in the library.