EQUITY AND THE BLUE ECONOMY

Why the blue economy is at a tipping point

The downside risk of unbalanced, inequitable and unsustainable investment decisions in the ocean is increasing levels of inequality and harm to the ocean and the communities that depend on it. Photo: M. Troell/Azote

A sustainable and equitable ocean economy is within reach. But risks of the opposite loom, according to three reports commissioned by the Ocean Risk and Resilience Action Alliance

TIME FOR A COURSE CORRECTION: A ‘Blue Economy’ – a truly sustainable and equitable ocean economy – is at a tipping point with the potential for significant acceleration and growth – but only if the right frameworks are wrapped around it.

This is the key finding of a series of reports from the Stockholm Resilience Centre and the Global Resilience Partnership, which have been commissioned by the Ocean Risk and Resilience Action Alliance (ORRAA).

The trio of reports, some of the most comprehensive ever undertaken into levels of ocean-related investment and finance, point to the downside risk of unbalanced, inequitable and unsustainable investment decisions in the ocean.

Without a course correction, there is a clear danger of such investment increasing levels of inequality and harm to the ocean and the communities that depend on it.

“These three reports collectively describe how we find ourselves in a new phase in humanity’s use of the ocean, dubbed the “Blue Acceleration”, that is rapidly transforming the ocean and having major economic, social and ecological consequences."

As the planet’s largest carbon sink and a key source of food and economic security for billions of people, the Ocean sustains communities, livelihoods and businesses. Many of its natural ecosystems from mangroves and sea grasses to seaweed and salt flats protect coastal communities from extreme weather events and sea level rise, playing a vital role in mitigating and building resilience to climate change.

Despite this, the reports show that investment in the ocean to date has focused largely on extractive industries such as oil, gas, and industrial fisheries or human made infrastructure.

As a result, while economic returns have been made largely by those in the developed world, the harmful impacts from climate change, destroyed ecosystems and devastated natural assets are felt by the communities from which the resources are extracted, particularly those in small island developing states (SIDS) and coastal least developed countries (LDCs).

Financiers can help build resilience to these ocean risks by either redirecting investments towards more sustainable and equitable practices by deciding what to finance and under which conditions, or by unlocking capital and increasing finance where it is. Let’s not forget that SDG 14 remains the least financed goal.

Collectively making up 62 states, these territories and countries are often heavily reliant on the ocean for their economy and livelihoods – accounting for 1.7% of the world’s GDP and 19% of its coastlines – yet to date they have received little benefit. In fact, virtually none of the 100 largest corporate beneficiaries of ocean use are headquartered in SIDS or LDCs.

And of the 18 countries in the world that have installed offshore wind capacity, none of the SIDS and LDCs are among those.

When it comes to aquaculture – the world’s fastest food production sector – only 0.09% of global production is taking place in SIDS and LDCs.

Focus on women and girls

Key to unlocking the potential for more equitable benefit, is understanding the ‘coupled complex ocean risks’ facing SIDS and coastal LDCs and recognising that there are factors such as climate change vulnerability as well as external social-political factors which place their community cohesion at risk.

Women and girls, who make up a large part of the workforce in the ocean economy, must be a focus. Given their position in many societies, they are often disproportionately affected by climate change.

The reports found that gender equality considerations are largely absent in initiatives and policy making and women are underrepresented in decision making. In fact, SDG14 (Life Below Water) is the only one that does not include specific targets around women.

To address this and ensure a more equitable and sustainable ocean economy, the reports suggest urgent and collective action involving local communities, governments and public and private finance.

Finance has an essential part to play but it must take a sustainable rather than a returns-only focused approach.

With the right architecture in place which places guard rails around ocean investment, a truly Blue Economy, can be created.

Governments, businesses and financiers must come together with coastal communities to develop innovative financial projects and products that are relevant to the unique environments within which they are focused and garner economic returns from which coastal communities, especially SIDS and LDCs can benefit from.

Blue acceleration - an ocean of risk and opportunities
This report describes how issues of equity and benefit sharing are playing out in the Blue Acceleration, highlights how SIDS and LDCs are at particular risk to stranded assets, and explores the role that finance, public or private, can play in assisting transformation towards an equitable and sustainable Blue economy.

Ocean Risks - SIDS and LDCs
This report describes the prominent biophysical and anthropogenic stressors and their impacts on SIDS and LDCs, highlights the key social-ecological features of SIDS and LDCs that shape their vulnerabilities to these stressors, and suggests potential ways that can support SIDS and LDCs to mitigate ocean risks and build resilience.

Gender dynamics of ocean risk and resilience in SIDS and coastal LDCs
This report highlights gender roles in two key sectors of the ocean economy (small-scale fisheries and coastal tourism), describes the gendered dimensions of ocean risks, and summarizes efforts across SIDS and LDCs for gender equitable approaches to building resilience to ocean risks. 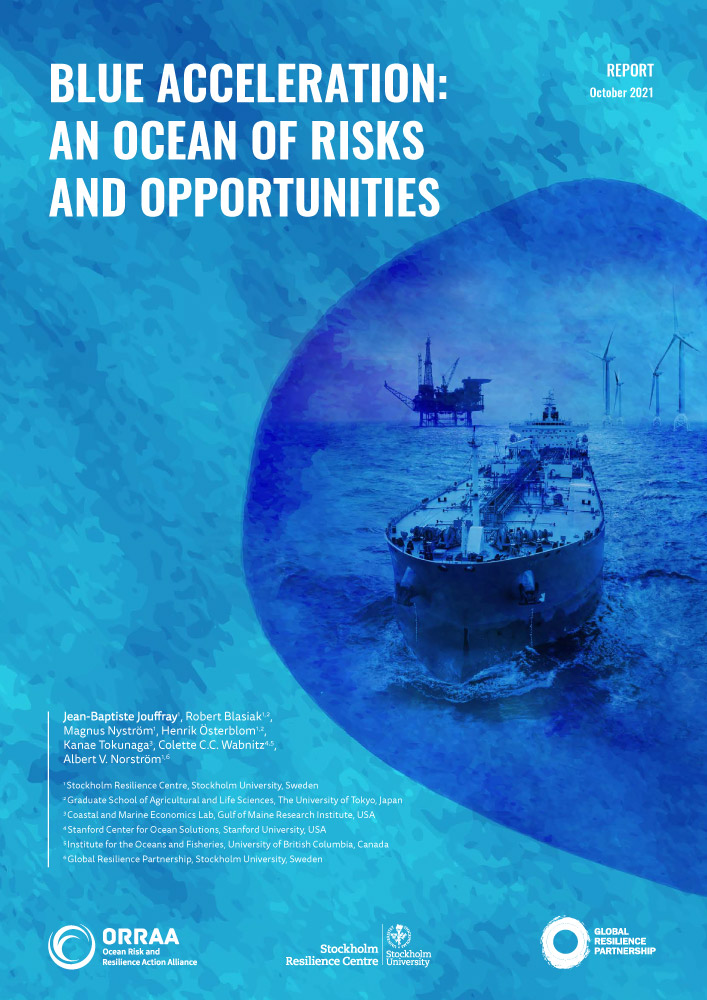 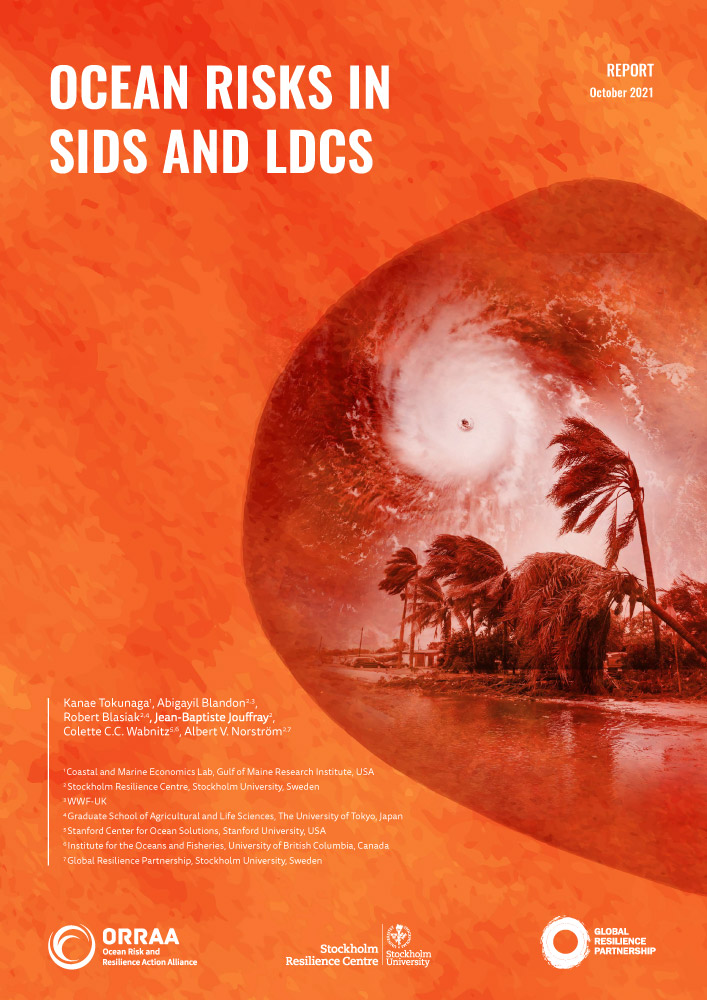 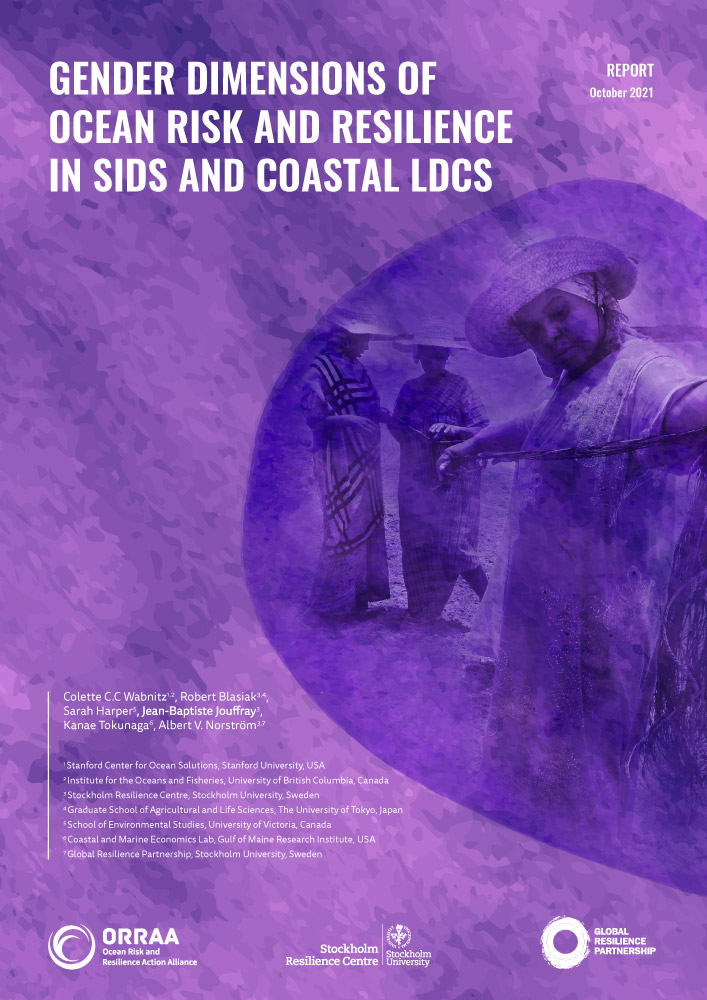