For healthier and more sustainable diets, look to fisheries and aquaculture

A BLUE FOOD REVOLUTON: An unprecedented review of the aquatic foods sector has uncovered how fisheries and aquaculture can play a greater role in delivering healthy diets and more sustainable, equitable and resilient food systems around the world.

Five peer-reviewed papers as part of the Blue Food Assessment, an international joint initiative bringing together over 100 scientists from more than 25 institutions, highlight the opportunities to leverage the vast diversity of aquatic, or “blue”, foods in the coming decades to address malnutrition, lower the environmental footprint of the food system, and provide livelihoods.

See overview of all five papers at the bottom of the article.

The research projects that global demand for blue foods will roughly double by 2050, and will be met primarily through increased aquaculture production rather than by capture fisheries.

Investing in innovation and improving fisheries management could increase consumption even more and have profound effects on malnutrition. For instance, a “high growth” modelling scenario showed that increasing supply by 15.5 million tons (8%), causing a drop in prices, would reduce cases of nutrient deficiencies by 166 million, especially among low-income populations.

Blue foods were found to rank more highly than terrestrial animal-source foods in terms of their nutritional benefits and potential for sustainability gains. 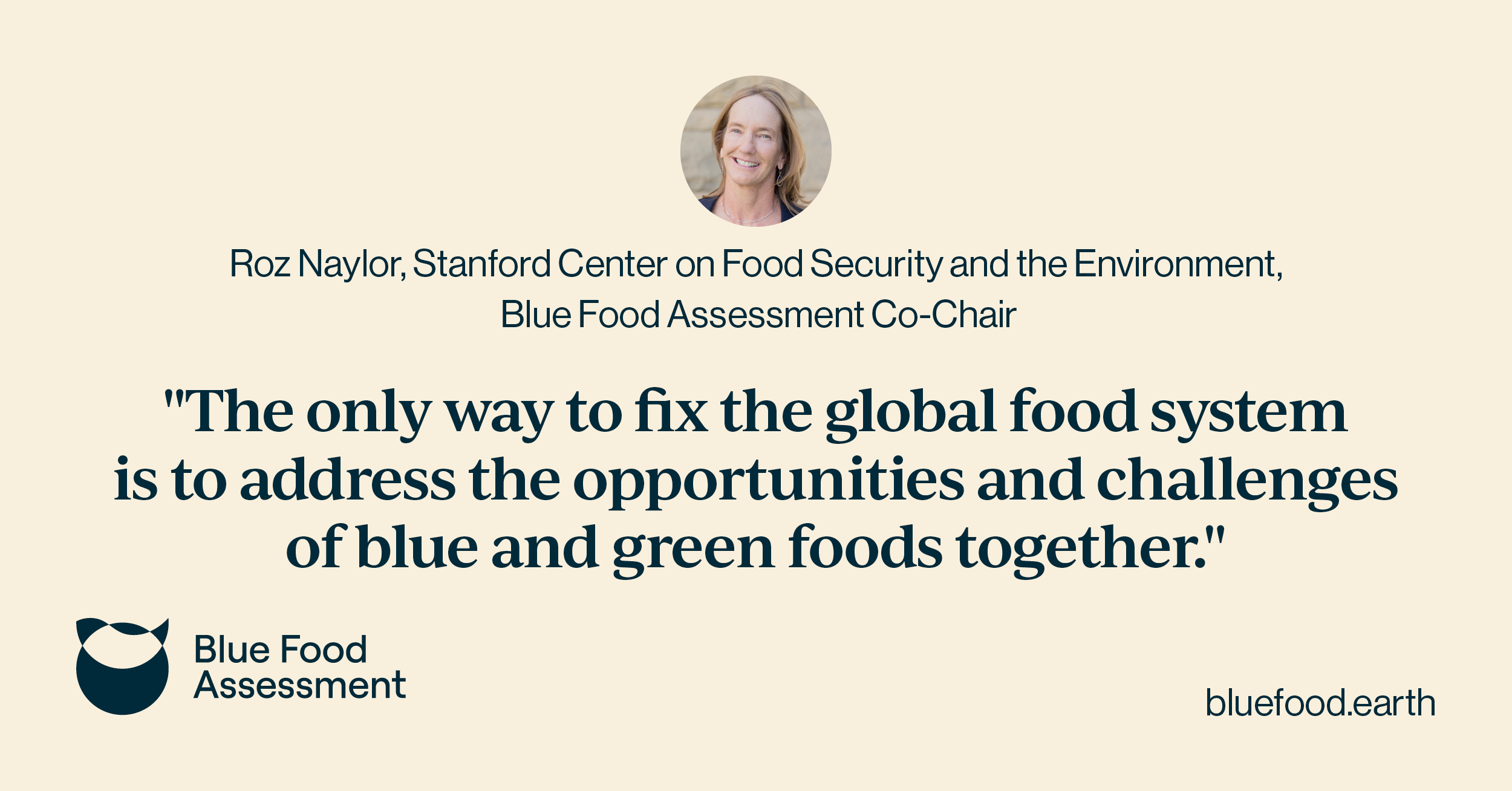 The nutritional benefits of blue foods are especially important for women, who were found to benefit more than men from increased consumption in nearly three times the number of countries studied.

On average, the major species produced in aquaculture, such as tilapia, salmon, catfish and carp, were found to have environmental footprints comparable to chicken, the lowest-impact terrestrial meat. Small pelagic species like sardines and anchovies, bivalves and seaweeds all already offer lower stressors than chicken.

Further investments to improve the sector’s efficiency and reduce its environmental footprint can have sector-wide benefits, including for less commonly raised species like European bass, weakfish, flatfish, sea breams and milkfish.

But the research found that blue food systems facing the highest risk from climate change are also typically located in those regions where people rely on them most and where they are least equipped to respond and adapt to climate hazards.

These five papers are the first in a series produced by the Blue Food Assessment (BFA), a group of more than 100 leading researchers led by Stanford University’s Center for Ocean Solutions & Center on Food Security and the Environment, the Stockholm Resilience Centre and EAT.

Blue foods are much more diverse than typically thought, and so too are the many communities of small-scale fishers who are often overlooked despite providing the majority of blue food people eat

Beatrice Crona, co-chair of the BFA and Deputy Science Director at the Stockholm Resilience Centre

“Few, if any, countries are developing their blue food sector to provide ecological, economic, and health benefits to its full potential,” said Professor Rosamond Naylor.

“This assessment aims to provide the scientific foundation for decision-makers to evaluate trade-offs and implement solutions that will make blue foods an instrumental part of an improved food system from local to global scales.”

“To realize its potential, policymakers should put in place better governance, including participation of small producers, women and other marginalized groups, better stewardship of the natural resources on which blue foods rely; and investment in building resilience to climate change.” 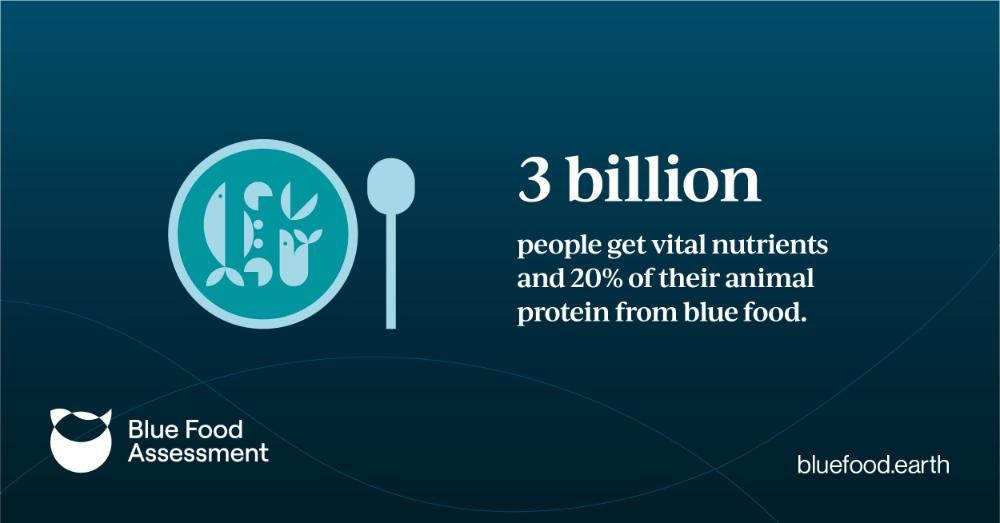 Nine fishing seasons away from deadline

“We are nine fishing seasons away from the deadline for achieving the 2030 Sustainable Development Goals so the urgency is high,” said Professor Jim Leape, Co-Director of the Stanford Center for Ocean Solutions.

“This research can help policymakers, companies, financiers, fishers and consumers capitalize on the immense potential of blue foods to help achieve those goals.”

More than 2,500 species or species groups of fish, shellfish, aquatic plants and algae are caught or cultivated globally for food, providing livelihoods and incomes for more than 100 million and sustenance for one billion.

Climate change creates ‘double jeopardy’ for fish-dependent countries
A new study highlights the importance of collective action to boost resilience across all aquatic food systems to stave off the worst effects of climate change.

Global demand for aquatic foods set to nearly double by 2050
Improvements to aquaculture production, lower prices, and changing cultural preferences expected to drive up demand for fish, seafood and seaweed, according to new research.

More affordable aquatic foods could prevent 166 million micronutrient deficiencies worldwide, finds new paper
For the first time, the nutritional benefits of thousands of marine and freshwater species have been profiled in a new study.

The Blue Food Assessment (BFA) is an international joint initiative bringing together over 100 scientists from more than 25 institutions. Led by the Stockholm Resilience Centre, Stanford University, and EAT, the BFA supports decision-makers in evaluating trade-offs and implementing solutions to build healthy, equitable and sustainable food systems.