In the absence of tourists, sea eagles scare cliff-breeding birds in the Baltic Sea

WHEN THE CAT'S AWAY: An excess of tourists can disturb wildlife. That’s why there are special protected areas for birds and other animals that need to be undisturbed during the mating and nesting season.

But there are exceptions.

A recent study published in the journal Biological Conservation shows that tourists can actually be beneficial for bird colonies in the Baltic Sea.

Our findings suggest that human presence could be used as a strategic measure in guarding seabird colonies.

The study was done by a group of scientists including centre researcher Olof Olsson and Jonas Hentati-Sundberg at SLU (who received his PhD from the SRC in 2015).

During the 2020 pandemic, Olsson and his colleagues took the opportunity to study the effect of human absence on the island Stora Karlsö, one of the oldest protected areas in the world, known for its abundant bird life

“Using a combination of data from CCTV cameras and long-term seabird monitoring, we revealed a previously concealed guarding effect by tourist groups on the common murre colonies in the Baltic Sea,” says Olof Olsson.

In total, the absence of tourists in 2020 lead to a sevenfold increase in presence of white-tailed eagles and an equally large increase in their disturbance of cliff-breeding common murres. This in turn lead to a 26% lower breeding success of the murres.

Even though eagles did not prey directly on the murres, the frequent disturbances delayed egg laying and made it easier for herring gulls and hooded crows to eat the murre eggs.

Before 2020, the number of visiting sea eagles during the seabird breeding season were low and mainly concentrated around a large colony of great cormorants.

“The common murre population on Stora Karlsö has been growing rapidly since the 1970s and this is the first season of widespread breeding failures we have observed since we started field work more than twenty years ago,” says Olof Olsson.

The researchers believe that the documented changes during the COVID-19 restrictions can inform future management and conservation of seabirds and eagles in the Baltic Sea region. The results also highlight the need to view humans as intrinsic parts of ecosystems and call for more of a social-ecological systems perspective in biodiversity conservation efforts in general.

“Our findings suggest that human presence could be used as a strategic measure in guarding seabird colonies, and that a social-ecological systems perspective is vital for long-term success in protected area management,” they write. 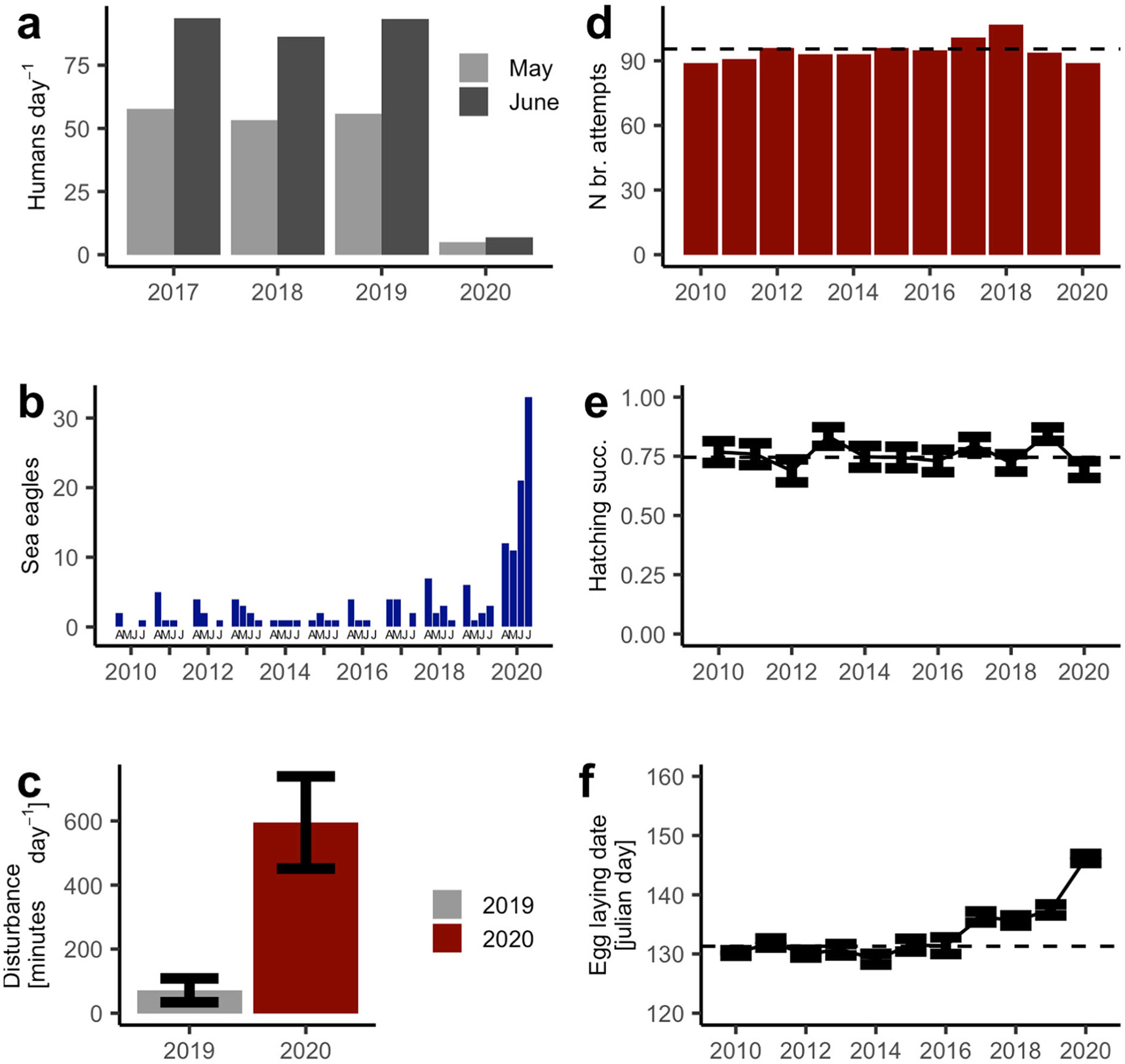