Unraveling the watery ways of the Anthropocene

Lan Wang-Erlandsson explains her work tracking vapour flows through the atmosphere to understand far flung impacts of deforestation and other human-induced changes to the planet. Photo: F. Auperlé

We have entered the Anthropocene, a new era where humans shape every aspect of the biosphere. This means humans now rival natural forces in shaping the functioning, processes, and dynamics of the Earth system.

But what does this mean for our research? We talk to Lan Wang-Erlandsson, a leader of the centre’s new research theme on Anthropocene Dynamics. In this interview we discuss her exciting work tracking vapour flows through the atmosphere to understand far flung impacts of deforestation and other human-induced land use change, as well as her plans for this important research direction.

With the conditions we are working under we might not always be able to line up super strong evidence. This uncertainty is extremely difficult and needs to be handled and communicated carefully by scientists and decision makers.

Lan, your work revolves around so-called “green water”. What is this?

When you think about the world’s water you probably think about water in lakes, the sea or the oceans. Green water is the water you don’t see - in the soil, in the atmosphere as evaporation, and falling back to ground as precipitation. It’s often seen as something humans don’t directly influence, but we do.

Can you give an example?

It’s become clear in the recent decades that what happens in a rainforest like the Amazon does not just affect the countries that host the forest. In their billions, rainforest trees suck water out of the ground through their roots and release water vapor into the atmosphere through pores in their leaves, travelling to and benefitting places hundreds or even thousands of miles away.

With rainforests disappearing at alarming rates, what’s going to happen to these dependent areas all those miles away?

Where does your work come in?

I try to understand how deforestation and other land use change affect these downwind areas. For example, in one of my projects I use publicly available data to model the path of the atmospheric water. Where does the rainfall on which the Amazon and Congo rainforests depend come from? And where does the water vapour they generate travel to?

I don’t just focus on rainforests. I’m also looking at what happens when we irrigate agricultural land on a large scale. Does this change how much water goes from the land to the atmosphere? In dry areas rainfall tends to come from land rather than oceans. This means our activities on land are even more important in these areas.

Why is this global approach to water research so important?

If you look back, sustainability science has tended to focus on developing specific measures to tackle a problem in a specific place. But issues in the age of the Anthropocene are global. It’s clear now issues like water (and many others!) are both transboundary problems and influence the entire Earth system and its sustainability.

The impacts of human activities now extend not only in the spatial dimension, but also temporally and will affect future generations greatly. More certainty around these global Anthropocene dynamics gives a basis for understanding how to govern these global commons in a way that matches our global responsibility and takes into account the generational effects.

This brings us nicely to the next question. As one of the leaders of the centre’s new Anthropocene Dynamics theme. What are you most excited about?

I work mostly with land and water interactions, which is largely grounded in the biophysical part of Earth sciences. Having the platform to deeply engage with other disciplines and explore how our disciplinary understandings fit together will help us begin to unravel these dynamics and come up with relevant solutions. What seems difficult and messy today may gain some much needed clarity.

Can you give me an example of this?

Take drought in the Northern Hemisphere. Only looking at the Earth system science perspective you will see synchronised drought across say, Russia, Western Europe and North America. But when combined with trade data and for example behavioural experiments from the social sciences you might discover that it’s not only the food systems in the Northern Hemisphere that will be impacted.

We’re also looking at new kinds of risks that are only just emerging. We are seeing all sorts of new technologies, but it’s unclear how they will combine with Earth system dynamics, human behaviour and all other types of Anthropocene dynamics.

What are the major challenges you see for understanding Anthropocene dynamics?

Good data only goes back a few decades, and beyond that it is really poor. We also don't have the luxury of many Earth systems. Many sciences can do experiments, but our understanding has to be based on what we see here and now, and the system is rapidly changing as we study it, which makes it difficult to see what is a human effect and what is an underlying Earth system dynamics.

This is complicated by that fact that when you make extraordinary claims you need extraordinary evidence. With the conditions we are working under we might not always be able to line up super strong evidence. This uncertainty is extremely difficult and needs to be handled and communicated carefully by scientists and decision makers.

On the other side of things, this work is very timely, so I feel privileged to be doing something important that also interests me, despite these challenges. 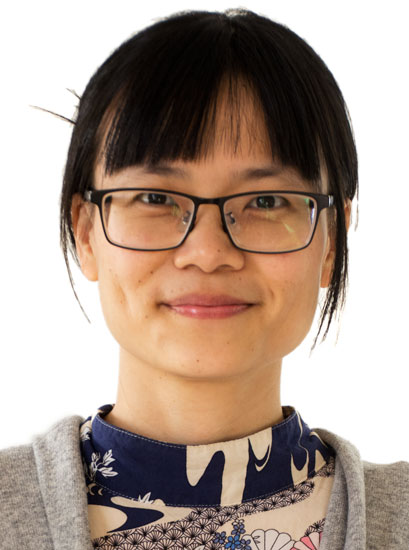