Forest fires increases the amount of CO2 in the atmosphere. The additional greenhouse gases contribute to the global temperature increase, the harm done to the forests becomes harm to climate stability which already is being destabilized by human activities. Photo: Wikimedia Commons

The bushfires raging across Australia are a distressing example of connections between global environmental problems that amplify human impacts on the Earth System.

What we do to one part of our Earth system does not just add to what we do to other parts – transgressing one planetary boundary can amplify human impacts on another one.

Using the 'planetary boundaries' framework to analyse these connections, an international team of scientists led by centre researcher Steven Lade have for the first time quantified some of the planetary-scale interactions in the Earth system.

These biophysical interactions have in fact almost doubled direct human impacts on the nine planetary boundaries, from climate change to freshwater use.

Their findings were published in Nature Sustainability.

One of the key interactions among the planetary boundaries involves climate change and land systems, an interaction the researchers say is playing out in disastrous fashion with the mega fires across eastern Australia.

"Climate change, through increasing temperatures and changing rainfall patterns, has played a significant role in creating the conditions conducive for such massive and widespread fires," Lade explains. He is also an honorary senior lecturer at the Australian National University.

"In turn, the bushfires are having an impact on the climate system by releasing large amounts of carbon dioxide into the atmosphere, contributing to further climate change in what scientists call a 'feedback loop'.

"In addition, smoke, unlike some other types of aerosols, also absorbs solar radiation, accelerating climate change even further.

"The severity of the fires coupled with ongoing climate change could lead to ecosystem shifts as the landscape eventually recovers. If new ecosystems store less carbon than the forests that were burnt, a long-term, net increase of carbon dioxide in the atmosphere will occur."

Careful not to destabilize

“We found a dense network of interactions between the planetary boundaries,” says Johan Rockström, director of the Potsdam Institute for Climate Impact Research and co-author of the study. He is also a researcher at the Stockholm Resilience Centre.

Two core boundaries – climate change and biosphere integrity – contribute more than half the combined strengths of all the interactions in that network, the scientists find.

“This highlights how careful we should be in destabilizing these two,” says Rockström.

“The resulting cascades and feedbacks amplify human impacts on the Earth system and thereby shrink the safe operating space for our children and grand-children.”

Solutions can be win-win

The new study builds on the groundbreaking 2009 and 2015 studies on the planetary boundaries framework that identified the nine critical systems that regulate the state of the planet: climate change, biogeochemical flows (namely of nitrogen and phosphorus), land-system change, freshwater use, aerosol loading, ozone depletion, ocean acidification, loss of biosphere integrity including biodiversity, and introductions of novel entities such as toxic chemicals and plastics.

The way of staying within planetary boundaries varies from one place to another on Earth, hence calculating them and the interactions between them on an aggregated level cannot directly be translated into policies. Yet it can provide some guidance.

“There is good news for policy-makers in our findings,” concludes Rockström.

They then used a feedback model to calculate the consequences of these interactions for transgression of the planetary boundaries and the ‘safe operating space’ for humanity in the Earth system.

This news article is a summary of press releases published by the Australian National University and the Potsdam Institute for Climate Impact Research. 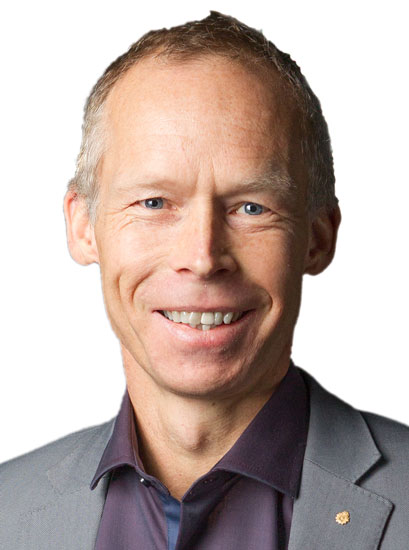 Johan Rockström is a professor in environmental science with emphasis on water resources and global sustainability.