Human-made water bodies like irrigation channels can represent the ultimate integrated social-ecological system, where environmental processes have been harnessed to serve societal functions. However, while their role industry is well-known, their environmental impact has been largely ignored. Photo: Wikimedia Commons

Hidden treasures beneath the surface water

Little research has been done on the untapped potential and unintended consequences of human-made water bodies like ditches, fishponds, weirs, reservoirs, fish ladders, and irrigation channels

“Hidden treasures for scientific exploration and for the sustainable management of water systems can be found in the research of surface water. We need to do more than scratch the surface of it.”

This is the conclusion from a Perspectives article recently published in Ambio. The authors, including centre researcher Andrea Downing, explore the untapped potential and unintended consequences of human-made water bodies like ditches, fish ponds, weirs, reservoirs, fish ladders, and irrigation channels.

These human-made water bodies can represent the ultimate integrated social-ecological system, where environmental processes have been harnessed to serve societal functions. However, while their role in agriculture, water security and many other economic or industrial activities are well-known, their impact on the environment has been largely ignored.

Although they can support freshwater life, they can also have detrimental effects, releasing greenhouse gases such as methane. Most of what we have learnt about these processes comes from research on natural bodies, and it would be naïve to think that we could apply the same principles and measurements to human-made water bodies, the researchers argue.

They were motivated in part by the EU Water Framework Directive (WFD), which is a guiding document towards a good status for all EU fresh waters. However, there’s a catch: not all waters are represented within the Directive’s database.

In fact, up to 90% are missing. More often than not these missing water bodies are human-made structures.

There is a mismatch between the potential importance of human-made aquatic ecosystems and existing research. This gap presents hidden treasures for future research.

Digging ourselves into a ditch

Take ditches, for example, an important water management tool for agriculture. They were also recently identified as hotspots of greenhouse gas emissions to the atmosphere. To give a rough estimate, the authors did some basic calculations with measurements from the Netherlands.

They found that ditches could be contributing to make up approximately 16% of the national greenhouse gas emissions. Although this initial estimate is quite crude, it clearly highlights the importance of more research to understand this phenomenon. More information is needed about what causes variation in emissions from ditches, so that more accurate estimates can be made at national and international levels, and we can consider how to balance out the positive and negative aspects.

Downing explains that there are tradeoffs to different management strategies.

“For example, dredging and weeding ditches means that less nutrients are released from the sediments, but it can impact biodiversity negatively.” 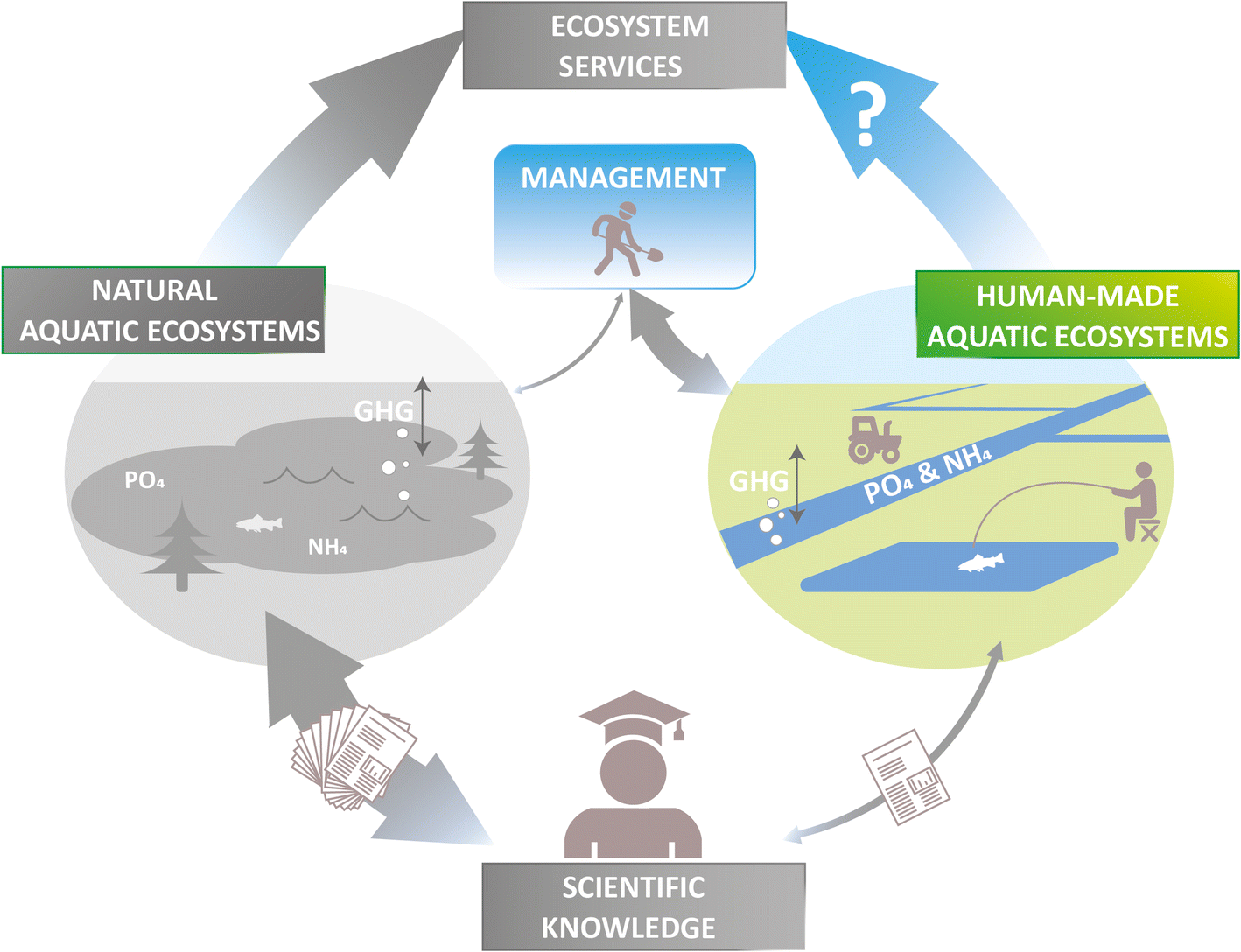 Scheme visualising the mismatch between significance and scientific knowledge of human-made aquatic ecosystems. Click on illustration to access scientific article.

Ponds for fish and people

Fish ponds provide important sources of food in many parts of Europe. In the Czech Republic, for example, fish ponds are important part of aquaculture food production, as well as acting as flood regulation and maintaining biodiversity.

However, only the 24 biggest ponds, representing just 13% of them, are included in the WFD’s national evaluation.

In fish ponds, manure and nutrients are often added to increase productivity. These inputs accumulate and are washed into natural river networks. This can result in algal blooms which subsequently decompose, releasing greenhouse gas emissions. The contribution this makes to national emissions in countries such as the Czech Republic remains unclear.

Recent research in tropical and subtropical regions, suggests it could be significant.

We might not know enough about the details of the impacts, but as Downing points out, “mankind has been damming rivers and streams and diverting water for millennia.” In addition to their intended purpose, dams provide benefits like flood protection, water provisioning, fisheries, recreation, navigation, and energy.

The downside can be changes to local and downstream hydrology and landscapes with impact on fish migration and sediment transport. Although large dam structures and reservoirs are relatively well represented in the WFD, weirs and other less conspicuous structures are not.

Although the analysis has a European focus, it is likely that the findings are valid for other parts of the world, especially in understudied regions of the southern hemisphere. Whilst artificial water bodies are typically created for very proximal economic goals, this study brings to the surface consideration of environmental and social impacts and benefits.

The authors conclude that “such research will help us to uncover the hidden treasures of human-made aquatic surface waters and manage them for the well-being of future generations.” 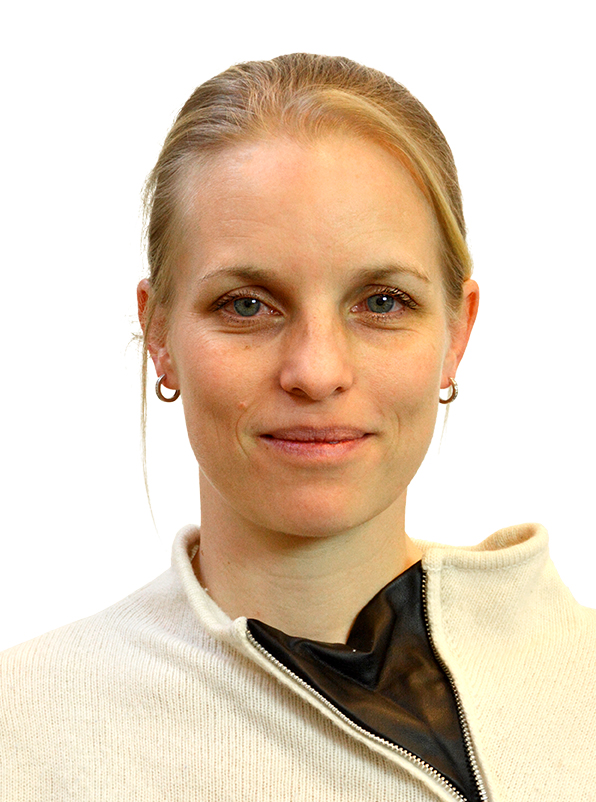