New study shows how fishers’ get more valuable catches by accessing more distant fishing grounds, and how they are affected by seasons and weather patterns. Photo: T. Daw

In any small-scale fishery, it is the fishers who could tell you the best spots to fish, during what time of day, season, and weather conditions. They could also tell you who in their community fishes and what equipment they use. All of this information is known to predict who catches the biggest catches, but the relationship between these variables has not been completely untangled.

How fishers use different fishing grounds can also influence their incomes, livelihoods, as well as the habitat and fish in the environment. These choices are influenced by weather, climate change, and policy interventions, such as marine protected areas. For instance, it fishers with smaller boats might find it harder to fish offshore, particularly in bad weather.

To untangle these relationships, a new study in Fisheries Research, by centre researcher Tim Daw and Pascal Thoya from the Kenya Marine and Fisheries Research Institute explore how weather and assets such as fishing equipment, influence fishers’ uses of space, and how these in turn affect their success in fishing.

This paper uses participatory mapping, logbooks and wind speed, from remotely sensed weather datasets, to explore the influence of weather and capital on the spatial behavior and success of coastal Kenyan small-scale fisheries

To examine these relationships, the authors analysed catches from eight landing sites in coastal Kenya. The fishing area’s can be conveniently delineated between those grounds inside a fringing coral reef, and those beyond it. Fishing grounds beyond the reef are more difficult to access. The area also experiences a calmer northeast monsoon season compared to a stormier southeast monsoon season. Furthermore, fishing gears used in this area also vary – from handheld spear guns, to fishing boats operated by an engine and crew.

The authors collaborated with fishers to collect GPS tracks of fishing trips, catch logbooks. They then analysed these in light of wind data. They outline four hypotheses that help guide their research:

1. Fishing trips that go beyond the reef barrier will have higher catches

2. Accessing grounds beyond the reef will be influenced by fishing assets, such as a motorized fishing boat as well as weather and seasons

3. Fishing trips that have more assets and capital will have make more valuable catches

4. Capital, season, and weather will have additional influence on fishing success

The authors found that more than half of fishing trips took place beyond the reef, and this was where larger fish catches tended to occur. Furthermore, through the use of the fishers’ logbook, the authors found that catches from beyond the reef were more valuable. For instance, certain fish found offshore could be sold for more than those found inshore. This highlights that only looking at catch rates (Catch Per Unit Effort), ignores fishers’ motivation when it comes to selecting a place to fish where they might find more valuable fish (Value Per Unit Effort).

When it comes to understanding who fishes where and when, or hypothesis 2, the authors found that weather was the biggest predictor. The likelihood of crossing the reef varies depending on if it is the calm or stormy season for all fishers. However, when it comes to fishers without a boat, weather on any given day throughout the year dictates whether those fishers will fish offshore.

While it may seem like more equipment could help even the playing field between fishers, Thoya points out, “Trips to more distant grounds require more financial and physical capital and running costs. Importantly, this means that more valuable catches beyond the reef might not allow fishers to take home the extra returns.”

Furthermore, the authors note that spearfishers, also obtained a high catch values, despite needing little capital. Why then don’t more fishers spearfish? The authors suggest that other requirements, such as of swimming abilities, physical strength, and the ability to hold their breath, or even cultural norms might prevent fishers from freely choosing between different fishing gears. This also suggests that having certain fishing gears, such as a motorized boat, does not always determine who has the biggest or most valuable catch. 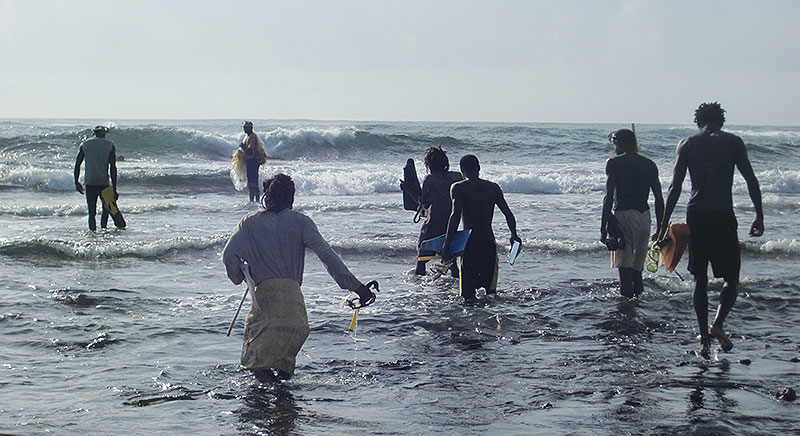 Short-term investments can have long-term implications

When it comes to policy implications, the authors highlight that, “It is tempting, given the higher returns per trip offshore, to recommend policies that somehow give more access to richer fishing grounds to more fishers”. For instance, providing more fishers with equipment that would allow them to access the outer reef fishing grounds.

However, says Daw, “Policies that appear to generate gains in poverty reduction in the short run may wind up making the ecosystem less productive and less sustainable over time.” If more fishers had access to offshore fishing grounds, the increased fishing pressure might undermine the sustainability and productivity of those grounds over time.

In other words, providing more capital for fishing might increase catch value in the short term, but in the long term could affect the ecosystem dynamics and amount of fish resources available to everyone overall.

To understand how weather and assets relate to fishers’ access to space, profit, and catches, the authors collaborated with different kinds of fishers across eight landing sites along the coast of Kenya.

Data was collected between November 2009 and May 2011, during both the calmer season and stormier seasons. Thirty-three fishers volunteered to participate in the study, and provided GPS data about their fishing trips. In addition to GPS information, fishers were asked to log information about their fishing trip, such as: boat type, gear, number of fishers, catch, value of fish sold, and if possible species. In total, 1708 fishing trips were recorded from logbooks, and 408 from GPS data. The data were collected during the ‘Fishers in Space’ project funded by the Western Indian Ocean Marine Science Association.

With respect to weather, seasonal wind patterns were taken from a Global NOAA dataset of Sea Surface Winds, which provides high-resolution ocean surface winds based on satellite observations. 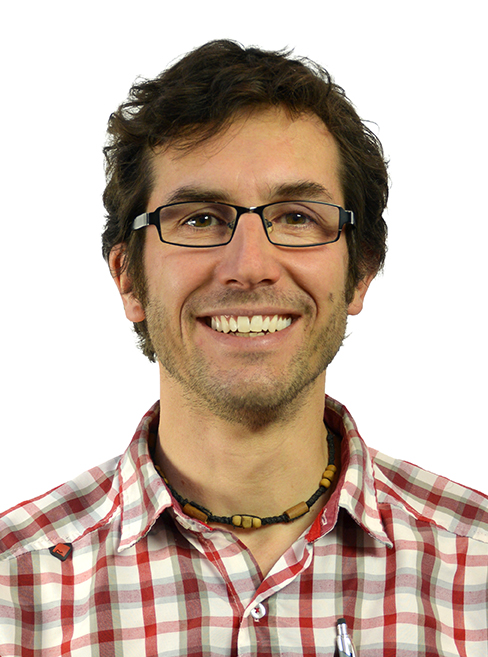 Tim Daw is a researcher focusing on the interaction between ecological and social aspects of coastal systems and how these contribute to human wellbeing and development. He is also acting SRC director of studies (Bachelor and Master level) and programme director for the Master's programme, Social-Ecological Resilience for Sustainable Development.