Lowlanders come together to harvest the first cardamom pods of the season, and set it up for drying. Research demonstrate how imposing uniform institutions in an interconnected world leave local social-ecological systems increasingly homogenized and vulnerable to shocks. Photograph: R. Gupta

Disrupted food practices in the Himalayas

On the Eastern border of Nepal, the inhabitants of highly remote villages close to the Kanchendzonga National Park are experiencing what happens when “one-size-fits-all” development policies clash with the needs of local communities. Add globalisation to the mix and you have yourself a classic case of what researchers call “cross-scale interactions”. The 300 or so inhabitants living there can only be reached by foot, there are no roads, yet the rest of the world is edging increasingly closer.

Taking forests out of the equation

The first people migrated to these areas from Nepal in the early 1900s. The main occupation of the people used to be agropastoralism. Agriculture was mostly practiced for subsistence and pastoralists used goths (cattle sheds) and hired a gothwala (care-taker) for cattle grazing in the forests. Since Sikkim’s kingdom integrated with India in 1975, the region has experienced rapid changes in its development and gained quick connections to economic markets. 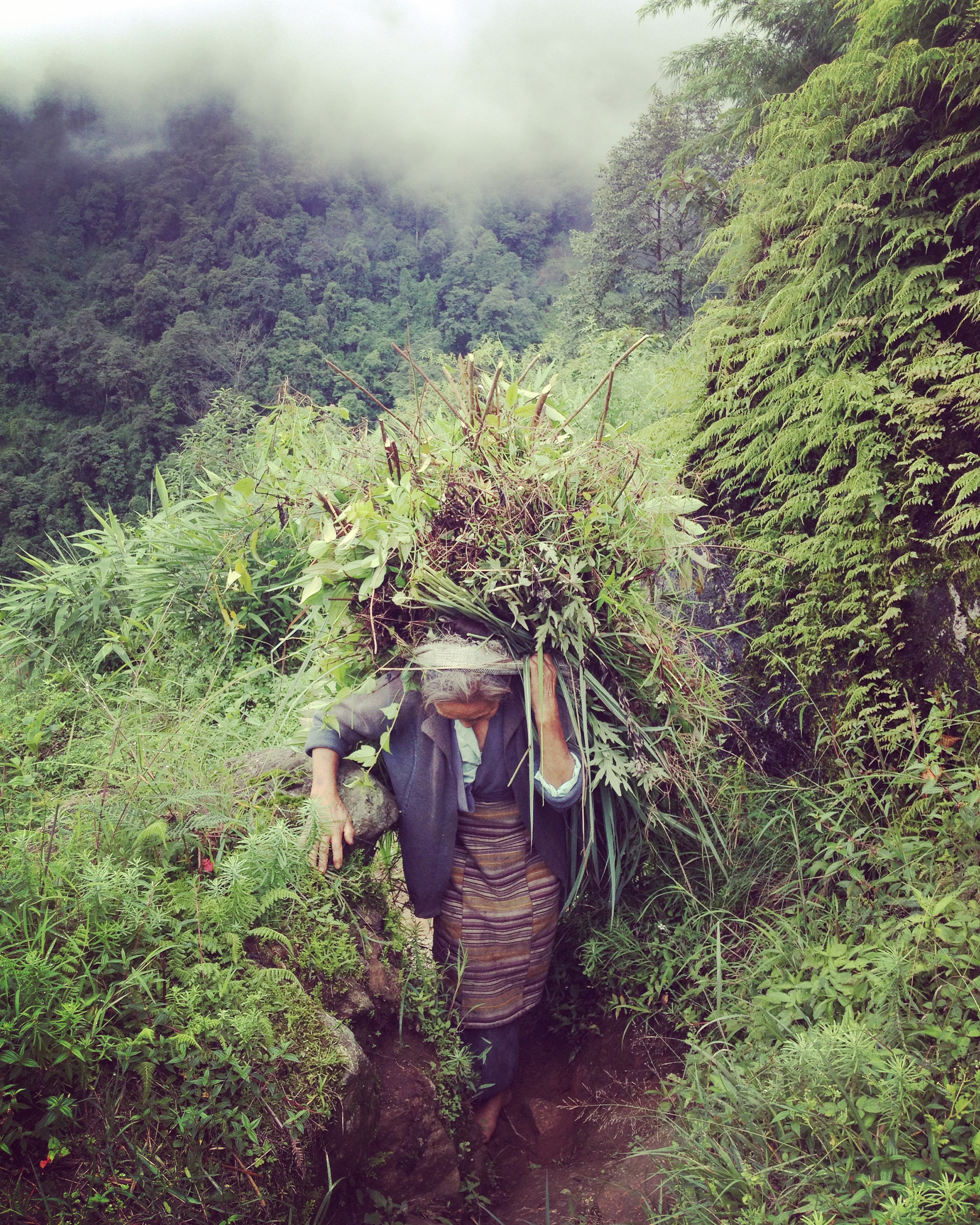 Up and down, up and down but mostly up and up. All activities, including heavy head-loading in this mountainous forested region, are conducted on foot. Photograph: R. Gupta

With easier access to new markets, the demand for livestock products went up. A suspected increase in cattle population became of serious concern to Sikkim’s government. In the early 2000s Sikkim’s Forest Department introduced a complete ban on cattle grazing due to “serious degradation [of forests]”, despite a lack of evidence that such an overarching ban on grazing was actually necessary. The immediate effect was a drop in livestock ownership and a complete loss of traditional livelihoods. This caused a shift from subsistence to commercial farming as the trade of livestock products fell out of question. In addition, the consumption of diverse dairy products by residents also declined. Restricted access to forests reduced forest foraging by the people.

Some of the residents believe that after the ban, forest cover increased, causing a number of incidences of wild animal interference (mainly eating crops. Community conservation programmes have left the farmers in a fix. Says one of the NGO recruits in the villages: “On the one hand, I am the protector. For example, I have to save ‘wildlife’ and ‘protect’ it. But in turn they come and destroy our agricultural fields.”

Ex-pastoralists who have turned to agriculture as a primary source of food and income find it difficult to sustain their crops without sufficient manure. This was not a problem in the past. Grazing the forest floor turned into cattle-dung for staples of wheat, buckwheat, millet, maize and barley. These were consumed in different forms of breads, and the famous chaang from the region which is a fermented alcoholic beverage. Today, most of these grains are bought from markets, adding to household expenses. 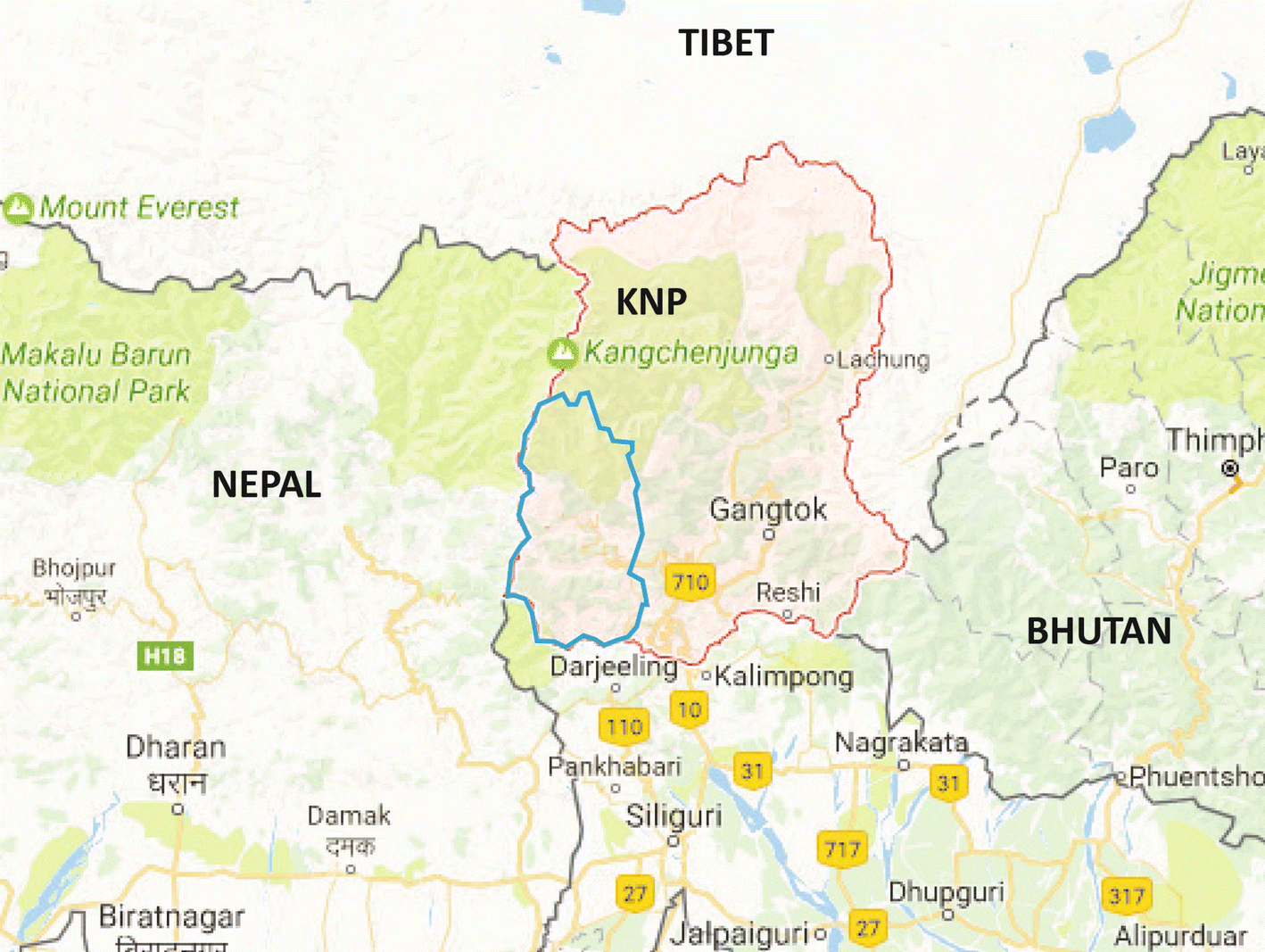 The field site is located in the West district (blue outline) of Sikkim, close to Khangchendzonga National Park (KNP) and NepalSource: Google Maps

Growing inequality and shifts in food

The villages also feel the effects of an increasingly connected world. There is a huge global demand for large cardamom, a spice of which Sikkim is a leading producer. This demand and the ban on grazing have reinforced the shift from subsistence to commercial agriculture. The upland region is incapable of growing the profitable large cardamom spice due to difference in temperatures. The result is economic inequality between the upland and lowland areas of the villages.

National subsidies such as distribution of hybrid seeds and water sprinklers have boosted the export of cardamom, and turned the lowlands into monoculture landscapes. Says one of the study interviewees: “Ten years ago there were less cardamom fields in front of my own eyes. But now there’s only cardamom-cardamom. You can’t even see houses!”.

Lead author Radhika Gupta says this has reduced the incentive to grow their own kitchen garden, which is an important source of nutrition and food security for low-income farmers. “Monocultures give quick bucks but put them under constant threat from disease, which is rampant in large cardamom crops of the region,” Gupta explains.

“This should be less of a conservation vs. economic development debate than that of managing linked human-environment systems as a whole. While the region may appear ‘disconnected’ it is experiencing large changes in lifestyle and aspirations.”

Finally, a national policy of distributing food at subsidized prices for populations below the poverty line (BPL) has caused a shift in dietary preferences and farming choices. One of the government officers said, “Another reason [for shift to commercial farming] is that the government gives BPL rice for less or even free of cost for some people. So what is the need to cultivate a lot of crops?”

Rice has subsequently become a preferred dietary choice due to its availability and perceived better “taste” instead of the diverse staples of the past. The shift in farming and food choices also come with the rise of imported foods and easier access to nearest markets.

All changes combined make the inhabitants in the villages increasingly vulnerable to external shocks. The vulnerability arises due to homogenization of food sources and an increased dependence on external markets and government subsidies for food and income. The three main sources of food were livestock herding, subsistence agriculture and forest foraging. The interaction between different drivers explained above have weakened this integrated practise, threatening the local food system.

“Decisions made based on a snapshot in time may have created more problems and threats rather than eradicating old ones of poverty and lack of roads, a concern for most respondents at the local scale,” explains Gupta. “The overall policy approach for forests, agriculture and food fails to draw links between the resources, and the diversity of needs among geographically and historically different local systems where the policy implementation occurs.”

She believes that providing options and building capacity to sustain diverse food practices can be a key factor for ensuring sustainable livelihoods and, nutritional and food security. Further development of theory, methods and empirical case studies will help develop an understanding of how such interactions can be governed to meet the needs of local communities on a connected planet. 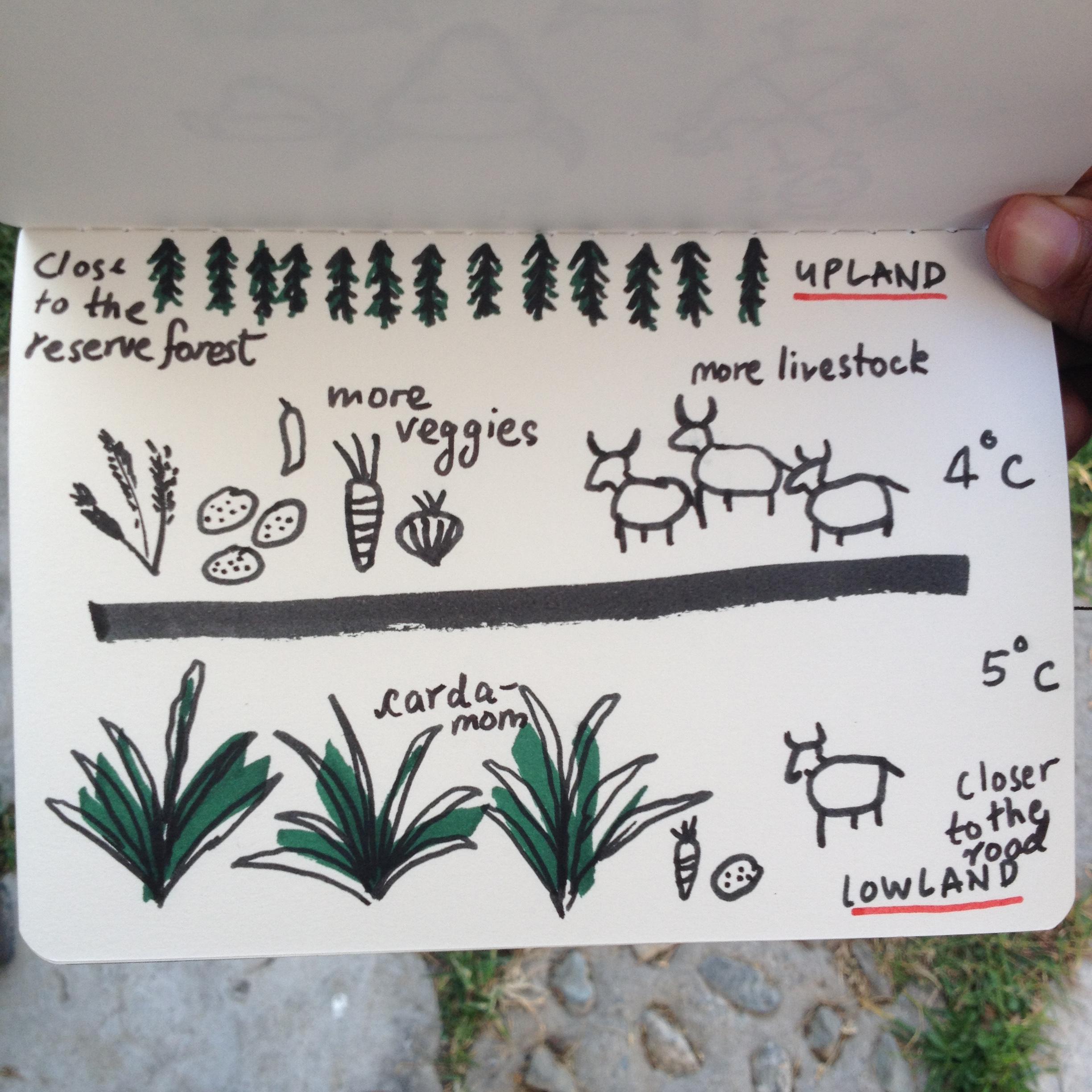 Illustrating the differences between the lowland and upland areas. Photograph: R.Gupta

The fieldwork spanned over a period of three weeks in November 2016. Face-to-face interviews with 15 respondents were conducted at four different institutional scales – state of Sikkim, district, gram panchayat unit and ward or local, using a snowball sampling method. Two sets of semi-structured interviews were pre-designed, one for village and another for government actors. A participatory activity was conducted to triangulate information collected during interviews. The aim was to allow participants from villages to collectively recall food habits of the past.

Radhika Gupta is a former master’s student at the centre. Her thesis aimed to understand the perspectives of agriculture development at different scales of governance.