They’d be MAD not to

The Chinese finger trap is a nice metaphor for the feeling of being stuck in a deadlocked negotiation: as the tube diameter shrinks and firmly grabs your fingers, the more you try to pull them out, the more they become trapped. The only way to get your fingers back out is to do something counterintuitive: push them deeper into the tube, only then will the trap relax its grip.

International negotiations on the environment, development and conflict resolution could learn a thing or two from the Chinese trap. These negotiations often include parties coming in with opposing economic interests, political views or mandates, not to mention a fundamental lack of trust for the others around the table. The format may prevent negotiators from truly listening to each other and instead adopt stubborn positions that leave little room for conflict resolution.

Lack of trust and absence of dialogue

In a study published in the journal International Environmental Agreements, centre researchers Thomas Hahn and Claudia Ituarte-Lima, together with Maria Schultz, former director of Swedbio, a Sida funded programme at the Stockholm Resilience Centre, and Nicklas Hällström from What Next Forum, a Swedish convener, present an approach that can move stalled negotiations forward.

The approach is called Multi-Actor Dialogues Seminars (MADS) and focus on the importance of bringing negotiators and stakeholders closer to each other, not just in subject, but also on a more personal level. They believe that without a deeper understanding of the various perspectives and interests involved, little change can actually happen. It has been developed over the last decade by SwedBio and is based on theory as well as experiences of organising and facilitating international dialogues.

The MADS approach was used after difficult negotiations during the 2010 UN Convention on Biological Diversity (CBD) meeting in Nagoya, Japan. Although the meeting resulted in a strategic plan to implement the Aichi Biodiversity Targets, country representatives could not reach an agreement on how to implement financial mechanisms for the protection of biodiversity. This ultimately led to a last-minute deletion of an entire formal decision within the Conference of the Parties (COP) 10th agreement, specifically on innovative financial mechanisms for the protection of biodiversity. This had never happened before in the history of the convention.

We wanted to invite the participants into an environment where they could freely and openly share, listen and exchange views

Triggered by these dramatic events, an agreement was made by Swedbio and staff at the Norwegian Agency for Development Cooperation, to set up a dialogue in order to break the deadlock, well in time for the next COP meeting two years later. The Secretariat of the CBD as well as the governments of Sweden, Norway, Ecuador, India and Japan showed interest and became the formal conveners of the dialogue. IUCN-Sur in Ecuador agreed to be the local host and the convener countries constituted a steering committee.

The result was a multi-actor dialogue seminar in Quito, Ecuador in March 2012. The seminar was not designed to draft any formal recommendations, but rather to confirm areas of agreement and clarify differing perspectives. The seminars offered Parties of the CBD negotiations a rare chance to get to know each other outside their usual dress-coded context. Some 80 participants, including main negotiators from about 30 countries took part.

“We wanted to invite the participants into an environment where they could freely and openly share, listen and exchange views,” explains Maria Schultz. She worked as director of Swedbio between 2008 and 2017 and was instrumental in the organising of the Quito dialogues.

The first dialogue in Quito succeeded in unlocking some fundamental disagreements and misunderstandings, particularly in relation to the role of markets and private sector in biodiversity financing. This helped ease tensions at subsequent CBD negotiations in India in 2012 and led a second dialogue, also in Quito in 2014.

"The two dialogues contributed to bringing actors out of their deadlock and thereby paving the way for constructive results in the formal CBD negotiations," co-author Thomas Hahn explains. 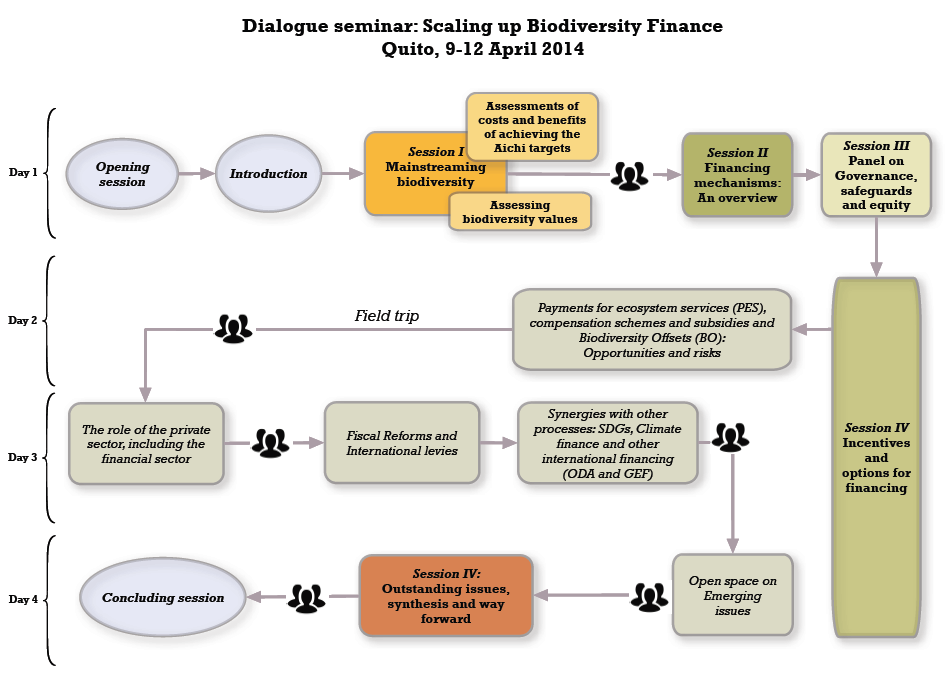 The Quito 2 “road map” of content and back-casting clarifies and visualizes issues that need to be put on the table and questions needed to be addressed to achieve deeper social learning and understanding. Source: Ogwal & Schultz (2014)

“The biggest single opportunity we have"

In their paper, the authors list 20 decisive factors for planning and implementation of a successful dialogue. In addition to having a venue that would let participants feel relaxed, allowing time and space for field trips and social events, trust, inclusiveness and legitimacy was essential. It took one and a half years of careful planning to do the first dialogue. Because of years of close collaboration with a variety of CBD’s partners and stakeholders, Swedbio enjoyed trust and legitimacy to co-organise the dialogues. A close collaboration with the CBD secretariat guaranteed relevance to the more formal negotiations.

Crucial for the success was also that all participants were treated as experts and equals, effectively tackling power asymmetries and making sure participants who were normally marginalised also got a voice. It was also important that the dialogues would not become a hollow pretext for inclusion, making the participants feel “hijacked and manipulated” into something other than a genuine attempt at opening up locked discussions.

“A meaningful dialogue for international legal negotiations has only taken place if diverse actors and participants acknowledge that there has been such a dialogue. ” co-author Claudia Ituarte-Lima says.

To conclude, the authors believe Quito dialogues contributed to constructive conflict resolution and improved negotiations. SwedBio at SRC and other organizations have continued to build on the MADS approach in subsequent dialogues. More dialogues like these are needed, they argue, because “improved dialogue cultures may be the biggest single opportunity we have to reach genuine solutions in the quest for a sustainable future.” 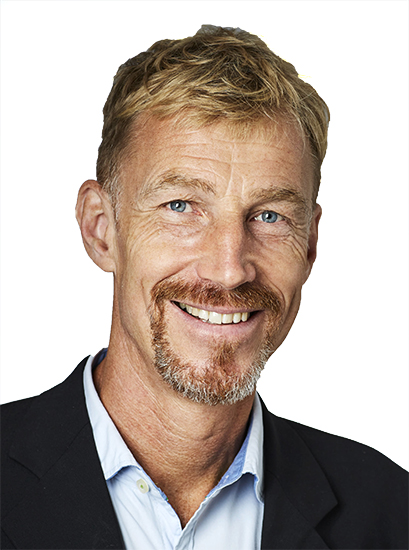