A new report published by The Nature Conservancy Produced in partnership with Future Earth and Stockholm Resilience Centre, projects that 290,000 km2 of additional land – vital not only for wildlife but also agriculture and mitigating CO2 emissions – could be lost to urbanization by 2030. Photo: S. Winter/National Geographic Image Collection.

An area of natural habitat larger than New Zealand or about the size of Italy could be swallowed by growing cities between now and 2030, according to projections released by an international team of scientists. Environmental non-profit The Nature Conservancy (TNC) led the assessment, alongside partners including the centre, Future Earth, ICLEI-Local Governments for Sustainability (ICLEI) and others.

Published ahead of November’s crucial United Nations Convention on Biological Diversity (CBD COP14) summit in Egypt, where policymakers will debate questions including what proportion of the planet should be set aside to support wildlife, the report – Nature in the Urban Century – draws parallels between unprecedented urban growth and increasing pressure on remaining habitat, farmland and even strictly protected areas like national parks. Analyzing metropolitan areas around the world, the study maps projected growth rates against proximity to protected areas.

Pdf, 5 MB. (Pdf, 5 MB) which was launched in 2012. This was the first comprehensive global analysis of how urbanisation and urban growth impact biodiversity and ecosystem dynamics in terrestrial, freshwater and marine systems. The assessment was scientifically edited by centre researcher Thomas Elmqvist who is also co-author of the new report. This report, he says, goes deeper into understanding how we may manage the most rapidly urbanized regions in the world for the benefit of biodiversity, human well-being and sustainable development.

He also believes it puts puts biodiversity at the core of development.

"By focussing on areas with rapid urban growth and identifying both challenges and opportunities for protection and the sustainable use of biodiversity, "Nature in the Urban Century" brings together and connects global concerns about planetary and human health with equity and sustainable global urbanization." 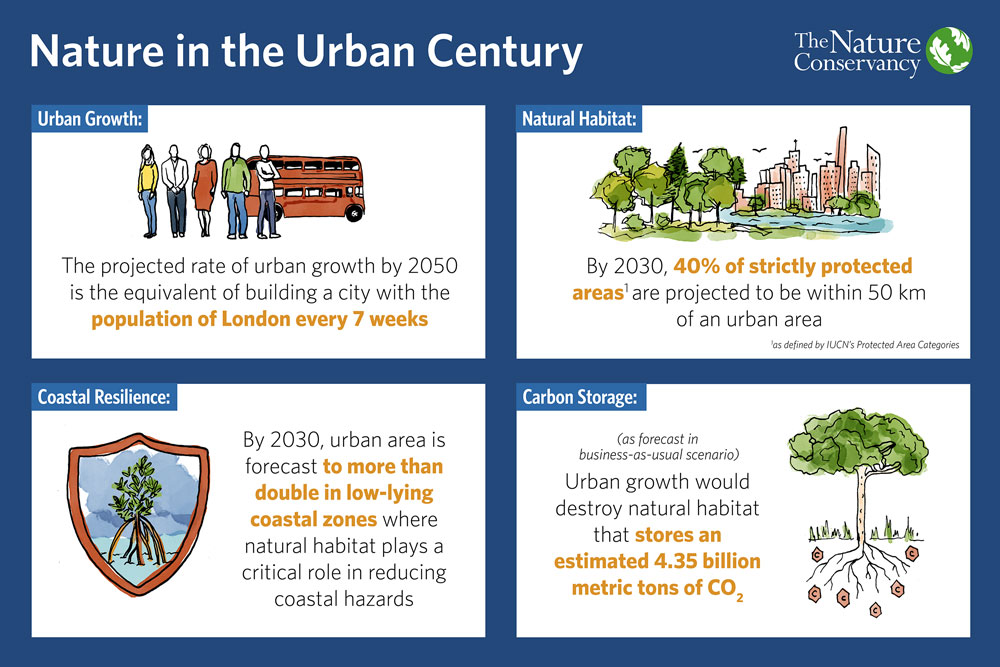 Cities are not the enemy

The new report projects that 290,000 km2 of additional land – vital not only for wildlife but also agriculture and mitigating CO2 emissions – could be lost to urbanization by 2030. Equivalent to adding a new metropolis the size of London every seven weeks, this urban growth threatens to encroach within 50km of nearly half the planet’s strictly protected lands – precious sanctuaries including national parks, nature reserves, and wildlife refuges. Habitat loss could be particularly significant in temperate broadleaf forest and humid tropical forest, including regions of Brazil, China, Indonesia, and the United States.

We are living in an increasingly urban century, with at least 70% of humans likely to live in cities by 2050 – an additional 2.4 billion people

McDonald warns that the current growth trends raise obvious questions not only in terms of wildlife biodiversity but also human health and wellbeing.

"We hope the publication of this report will provide an urgent rallying cry to factor these considerations into future land use policy. Cities themselves are not the problem – unsustainable planning very much is,” he says.

The report also highlights how unchecked urban development will also increasingly threaten nature’s potential to protect those 120 million people projected to be living in coastal regions particularly vulnerable to extreme weather events. By 2030, it is projected that urbanization could transform 144,000 km2 of coast – an area larger than Greece. Slowing the pace of urbanization in these critical areas could help protect communities from threats like flooding and storm surges, while also supporting coastal biodiversity. 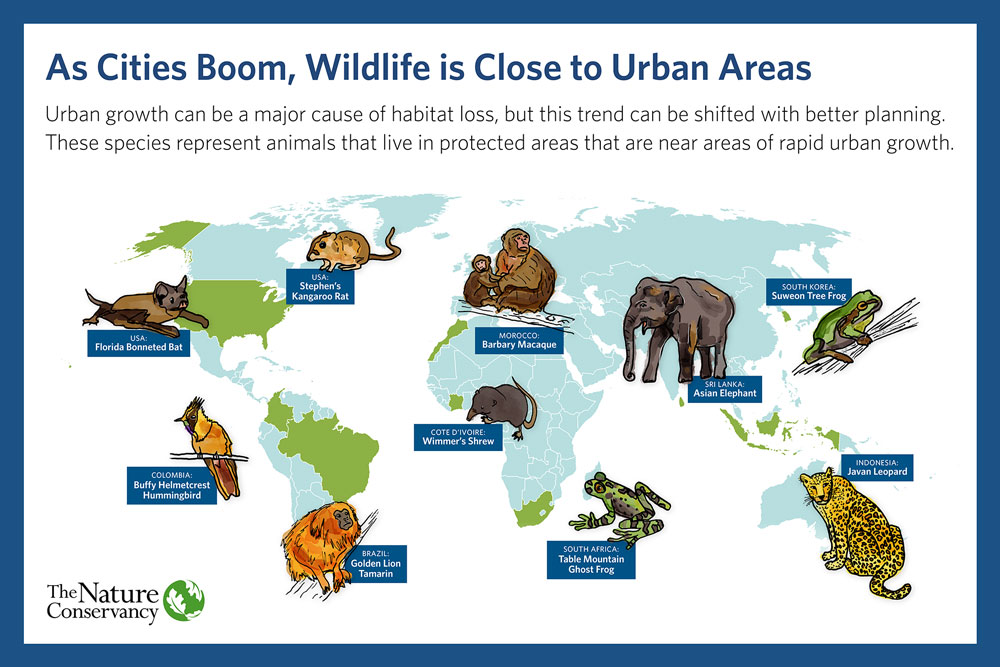 Watch video with centre researcher Thomas Elmqvist who gives a summary of the new scientific report:

Thomas Elmqvist is a professor researching natural resource management and urban landscapes. His research is focused on ecosystem services, land use change, urbanization, natural disturbances and components of resilience including the role of social institutions.