A new study presents a first attempt at developing a global index of how climate change affects one country – and requires adaptation there –as a result of climate change impacts in another country. Photo: pxhere

The impacts of climate change

Despite the Paris Agreement being a remarkable multilateral achievement, it comes with a certain irony. While being able to mobilise almost all countries on the planet to curb emissions and mitigate climate change, there is little focus on how climate-induced events in one country affects another. Instead, most measures are largely confined to national or local legislations.

In a study recently published in Global Environmental Change, centre PhD student Johanna Hedlund together with colleagues from the Stockholm Environment Institute, has made a first attempt at developing a global index of how climate change affects one country – and requires adaptation there as a result of climate change impacts in another country. Despite previous attempts there is no widely accepted terminology to describe this phenomenon.

As a consequence, it remains to a large degree ignored both in research and adaptation planning. In their study, Hedlund and her co-authors introduce the Transnational Climate Impacts (TCI) Index, a new perspective on the complexity of exposure to climate change impacts in a globalised world. The study provides further support for demands that trade, migration and investments policies make more extensive climate considerations.

No country is fully insulated from climate risk outside its border.

More countries exposed to risks, some prone to “double exposure”

Overall, Hedlund explains, the TCI Index provides a new perspective on the complexity of exposure to climate change impacts in a globalised world.

The common assessment that poor countries are the most vulnerable to climate change is still true, according to the new index, but no country can expect to be shielded from transnational climate risks. While the ND-GAIN index, a summary of a country's vulnerability to climate change, list countries from Sub-Saharan Africa, Middle East and North African States and Small Island Developing States as the most vulnerable countries, the TCI index “top 30” list include Germany, Switzerland and the Baltic States.

Altogether, small European nations account for 17 percent of the top 30 countries in the TCI Index. This makes Europe a significantly represented region, reflecting specifically the high dependency of small industrialised countries on neighbours and global systems. By contrast, no European countries feature in the top 30 of the ND-GAIN Index.

Yet, Hedlund warns that although the TCI Index portrays a more nuanced and complex relationship between a country’s level of development and its exposure to climate change impacts, it remains the case that countries with lower levels of development are likely to struggle most in a changing climate. She warns of a “double exposure” to both direct and transnational impacts.

“Poorer countries may be least able to adapt in the face of these overlapping layers of exposure,” she warns.

All this means that transnational climate impacts should boost opportunities for enhanced global cooperation on adaptation. 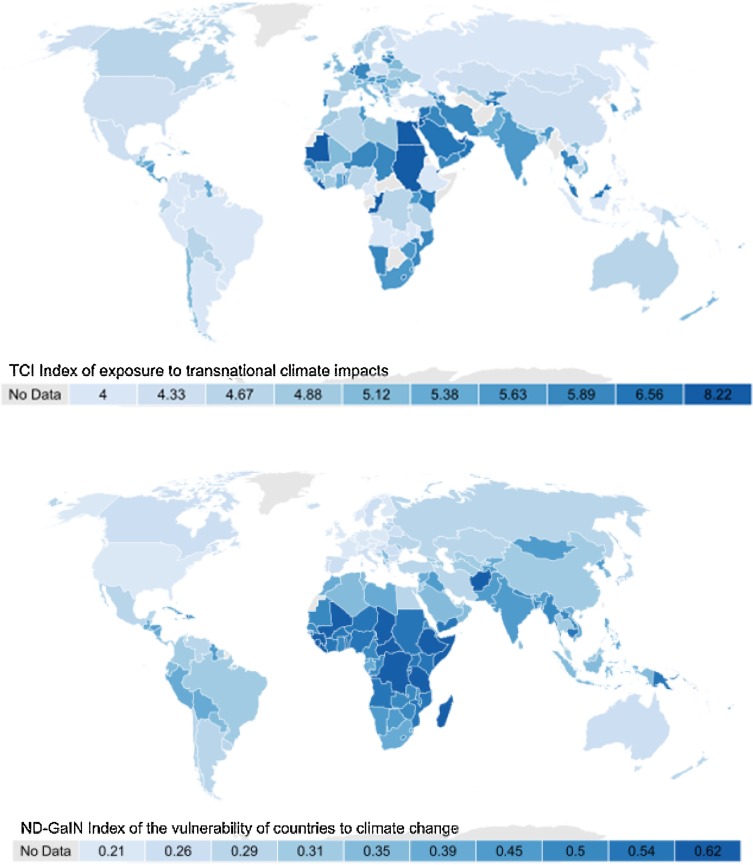 Science must do more

Hedlund believes the findings reveal an important research gap that need to be filled. There is still a lack of methodological approaches that recognises the transnational dimension of climate change impacts.

Hedlund and her co-authors stress that further work is needed even with their own index. They believe it would benefit from a broader set of data but are convinced that even in its current version it brings something important to climate impact research. There are several reasons for this, Hedlund explains:

Third, Hedlund and her colleagues believe their index can be used as a means to inform discussion about the most effective ways to raise and allocate adaptation finance, as well as the role of international cooperation in reducing climate risks in global systems.

"The preliminary results of the TCI Index reveal that no country is fully insulated from climate risk outside its border. Furthermore, it also demonstrates a propensity for cascading risks in the global economy as a result of climate change," says Hedlund.

Unlike existing global indices that aim to show vulnerability to climate change, the indicators in this paper focus on current exposure and, to some extent, sensitivity to transnational climate change impacts. The reason for this is to avoid the additional layers of complexity and context-dependency that are involved with comprehensive assessments of vulnerability. The indicators focus on the characteristics of countries – such as their openness and reliance on other countries or global systems, and interaction with others – that may influence their risk profile (in which transnational impacts can be both positive and negative). Indicators were identified and selected via a three-stage methodology:

- Defining the characteristics of interest.

- Consultation with academic experts in climate change and indicator development.

The majority of data used in the indicators are from freely available public sources. The authors of the study identified two dimensions of exposure at the national level. Indicators that relate to the first type aim to assess characteristics of individual country profiles in terms of openness to and reliance on international flows and systems. Indicators of the second type use bilateral data to describe the nature of a flow between specific countries. They aim to assess the nature of an individual country’s links to specific other countries, and where possible weight those links based on climate vulnerability (as defined by the ND-GAIN Country Index, which measures national climate vulnerability globally).

The Index is an unweighted, composite index that combines the results from each indicator. A total of 203 countries are included in the analysis. See the full text for further details of the calculations and data sources. 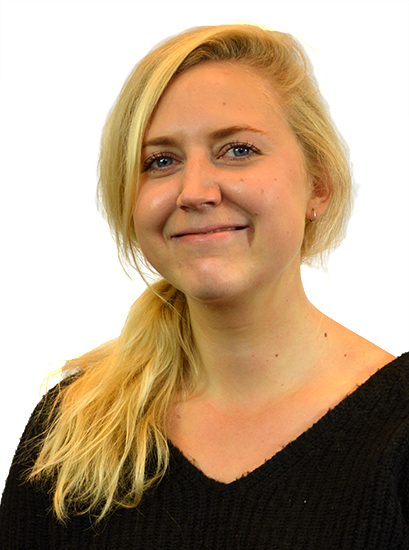 Johanna Hedlund is a PhD candidate researching collaborative governance of transboundary water systems with a network analysis approach. Apart from her PhD studies, Johanna is part of research on transnational climate impacts at Stockholm Environment Institute, in the development of the Transnational Climate Impacts index.