Small-scale fisheries are often left to their own devices when it comes to how they manage fish stocks in their own community. Researchers have used the special fishery conservation area in Bluefields Bay as a case to better understand what it takes for several groups of fishers to join forces for a more sustainable management of their livelihood. Photo: J. Marina

By 2030, the Sustainable Development Goals aims to increase the economic benefits from the sustainable use of marine resources through sustainable management of fisheries, aquaculture, and tourism. The focus of this target is on Small Island developing States and least developed countries but spare a thought for small-scale fisheries elsewhere too. These fisheries are often left to their own devices when it comes to how they manage fish stocks in their own community. Attempts at making them more sustainable can vary significantly, depending on how well governed and structured they are.

Take the small-scale fisheries community by Bluefields Bay in Jamaica for example.

In a study recently published in the International Journal of the Commons, centre researchers Steven Alexander and Örjan Bodin together with Michele L. Barnes from James Cook University in Australia, have used the special fishery conservation area in Bluefields Bay as a case to better understand what it takes for several groups of fishers to join forces for a more sustainable management of their livelihood.

In their study, Alexander and his colleagues attempted to figure out what was needed to strengthen the ties between the 160 to 200 fishers located in the area, ultimately creating a stronger sense of community among them. Without this sense of community, a more sustainable approach to fishing would be hard.

“Developing an understanding of what brings these fishers together is critical,” says Steven Alexander.

It is impossible to design effective policies and governance structures without knowing how fishing communities such as Bluefields Bay emerge and develop. 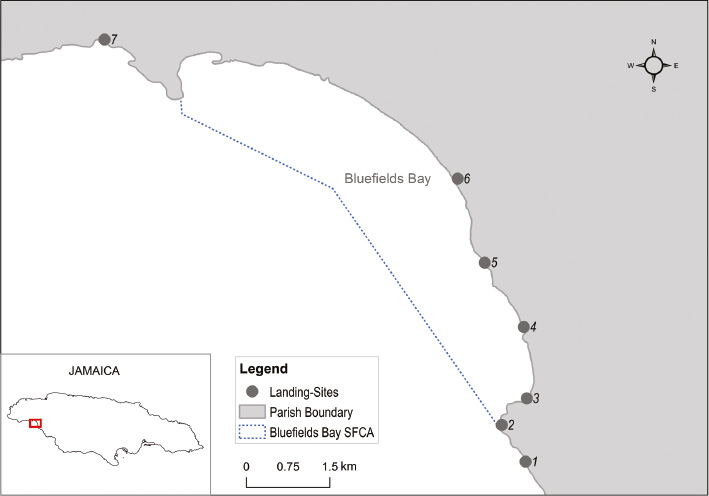 Alexander and his colleagues identified four “drivers” or factors that particularly influenced bonding ties and collaboration among the fishers. The first is based on the general tendency for “friends of a friend to be friends”, or triadic closure. This is one of the most common factors in the creation of any social network.

The second factor is “gear-based homophily”, which refers to fishers’ quest to seek and share information with others whose experiences and resource needs are similar. “Sharing information with others using similar gears is likely,” Alexander explains. The third factor that influences bonding and collaboration is landing sites, or how close the fishers are located from each other when they leave or return from the sea. “In Bluefields Bay, they are rarely more than a kilometre from shore. The landing sites serve as social spaces where fishers are more likely to have repeated interactions with others on their way to go fishing or upon their return,” Alexander says.

Finally, the presence of local community leaders who can push the establishment of stronger ties between the fishers forward is crucial. These leaders can act as hubs, bringing people together, playing an important role in supporting and activating “community cohesion”.

Caution to the wind

But the four factors come with each their touch of caution too. For example, just because a larger social network was developed through friends of friends, does not mean that they are all confined in one large cohesive group. Pockets of bonding within smaller, fragmented groups could also occur, which could be problematic in the long term because it can cause different groups with competing interests to form.

“What was supposed to create a stronger sense of unity could ultimately end up in enforcing an “us vs them” mentality,” co-author Örjan Bodin warns.

Similarly, community leaders who enjoy a strong position of trust can also risk creating what the researchers call “elite capture”, or situations where certain individuals dominate decision-making and get a disproportionately improved access to resources and information.

“In such instances, leadership can have the complete opposite effect of cohesion, creating fragmentation and a divided community,” Bodin says.

Risky business, but worth it

Ultimately, the authors warn that collaboration in small-scale fisheries is a risky business.

“Some might decide to take the information they receive from others to enrich themselves without reciprocating,” the authors write. To avoid this, trust becomes crucial. “If fishers are to truly cooperate, they must seek to establish bonding relationships characterised by trust when the risk of defection increases.”

Fortunately, the experiences from Bluefields Bay suggests that the fishers do not shy away from in-depth collaboration with those whom may be considered their fiercest competitors.

“Collaboration and competition seem to go hand in hand,” Alexander and his colleagues conclude.

The researchers used detailed data on small-scale fishers operating within, or in close proximity to the Bluefields Bay Special Fishery Conservation Area in Jamaica. Social network data were collected via questionnaires administered through personal interviews with fishers. The target population was defined as all fishers based at landing sites located within the boundaries of the SFCA in addition to those landing sites directly adjacent to the boundary. To capture as complete a network data set of fishers as possible, lists of registered fishers provided by the Fisheries Division were coupled with lists of fishers produced by local community partners. Respondents from the list were also asked to suggest other fishers at each landing site. In addition, multiple visits to each landing site at varying times of day over the course of two weeks were made. Exponential random graph models were used to understand network structure.The network data collected were based on information-sharing ties. Specifically, respondents were asked whom they exchange information with concerning fishing and their time at sea – e.g. information related to fishing practices, locations, equipment, seasons, etc. Respondents were asked both whom they share information with and whom they receive information from.