A study of resilience practice in nine Australian organisations showed it strengthened adaptive governance of natural resources. However, the study also confirmed that the implementation of resilience thinking failed to enable the transformative change required to halt climate change. Photo: Virtual Steve/Wikimedia

• Transformations aimed at global sustainability were, however, rarely addressed in the organisations

Over the past decades, there has been an explosion of research and policies aimed at increasing resilience. However, it has often been unclear how to apply resilience thinking in practice.

"Surprisingly few studies have analysed the applications of resilience thinking in real-world settings and assessed what it has actually managed to achieve," says centre PhD student My Sellberg, lead author of the study.

To address this challenge, Sellberg and her colleagues Sara Borgström, Albert Norström and Garry Peterson, worked with resilience practitioner Paul Ryan to study how resilience practice has been applied in Australia. Since 2007, Australian natural resource agencies have used a resilience thinking approach to strategic planning, called Resilience Planning. By comparing the experiences of practitioners from different agencies trying to achieve similar goals with different resources and challenges, Sellberg and her colleagues investigated how the resilience approach contributed to the strategic planning. This included what enabled and hindered the practitioners in applying and embedding the approach in their respective organizations.

Sellberg and her colleagues focused on the nine organizations with the longest history of Resilience Planning. The team used interviews, participation and observation in meetings, and the analysis of a large set of strategic planning documents to produce their results.

We believe that our findings will be useful for other resilience practitioners, particularly in natural resource management, but also for other contexts such as urban resilience and resilience in development

The study shows that resilience planning and practice did strengthen adaptive governance in the Australian organiszations. Adaptive governance is a collaborative approach which relies on flexibility, learning and networks of people and organisations at multiple levels. Several resilience practitioners described how the resilience approach helped their organizations better understand the places that they operate in.

For example, a practitioner from the Goulburn-Broken area described how resilience helped people understand soil salinity thresholds better, and that there is “a maximum and a minimum” within which you want to keep the system. Another informant explained how resilience planning clarified limits, e.g. for the extent of native vegetation, which gave them a mandate to deny clearing applications in some areas that were close to crossing a critical threshold. They also described how they changed their hiring practices to better address integrated social-ecological problems.

However, the study also confirmed that the implementation of resilience thinking is often conservative, and not enabling the transformative change required to halt climate change and shift towards sustainable development.

“We found that, at least in Australia, the practical application of resilience thinking was lagging behind resilience research in addressing the need for transformations of required to achieve global sustainability,” says co-author Garry Peterson.

The investigated organizations’ plans focussed on maintaining existing natural resources, by avoiding crossing critical thresholds, rather than on transforming parts of the regions that are on unsustainable trajectories. Some of the interviewed practitioners questioned this focus and also recognized that the current use of resources, in some cases, needed to transform or change significantly, especially in the face of climate change. 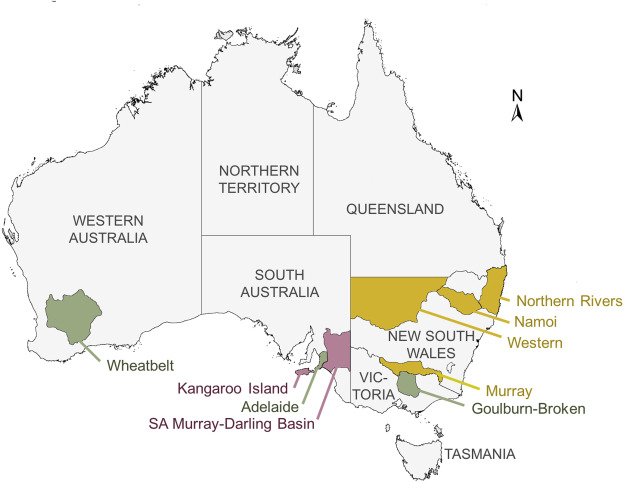 Regions in this study. The map shows the nine natural resource management regions included in this study and in which states they are situated. The regions are marked with yellow (first wave), green (second wave), and pink (third wave), depending on when they adopted Resilience Planning. Click on illustration to access publication.

By connecting resilience theory to the diverse experiences of resilience practitioners working in different organizations, the researchers distilled four recommendations for effectively applying resilience thinking in an organisation:

1) Connect the organization’s internal “entrepreneurs” to “interpreters” and “networkers” who work across organiations to ensure that change processes align effectively with reality. “Entrepreneurs”, or “workplace activists”, are individuals who are committed to introduce and apply new approaches within an organization, “Interpreters” make information and knowledge accessible to actors within and outside the organisation, while “networkers” connect actors and facilitate interactions among them. Ensuring that these individuals work effectively together is essential to make resilience practice work.

2) Assess the “opportunity context” for introducing resilience practice. Opportunity context is the social factors that permit people to introduce a new concept and mobilize resources enable it to grow. Such factor include, for example, the organization's willingness to change, the political context, the public perception of “resilience”, and the dominant paradigm within the broader natural resources management community. Crafting resilience practice to work with the current opportunity context is essential to develop practices that can be applied.

4) Develop “reflective strategies” for acknowledging and managing complexity and uncertainty. Resilience thinking demands for decision-makers which can make it more difficult for them to act. Practitioners can confront this challenge by inventing ways of usefully and legitimately reducing complexity. In Australia, such strategies included a new type of planning process that acknowledge outcomes to be more uncertain.

While this particular study focused on regional natural resource management organizations in Australia, the authors believe that the experiences of the practitioners and the four lessons for practitioners can be useful for resilience practice in other countries and contexts.

The study was based on data collected through interviewing key informants and reviewing strategic planning documents of nine Australian natural resources management organizations. The key informants were all active in an Australian-based network called the Resilience Planning Community of Practice (RPCoP) at the time of the study, and they had all worked with and received the same basic training in resilience thinking. Data were analysed using a qualitative content analysis, informed by existing frameworks of resilience thinking. 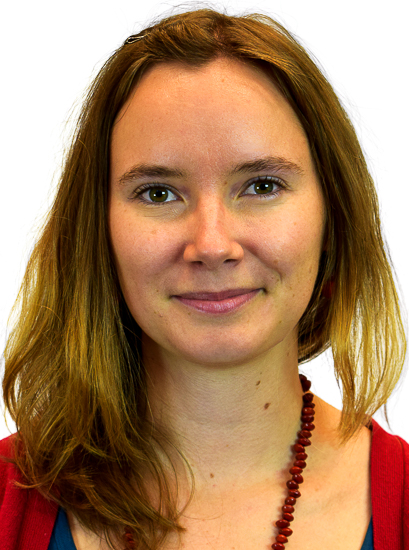 My Sellberg is a PhD student at Stockholm Resilience Centre using participatory case studies of resilience assessment in different planning contexts. The aim of her research is to further the understanding of how to apply resilience, by connecting it to municipal and regional planning, as well as to the work of local initiatives to build community resilience. 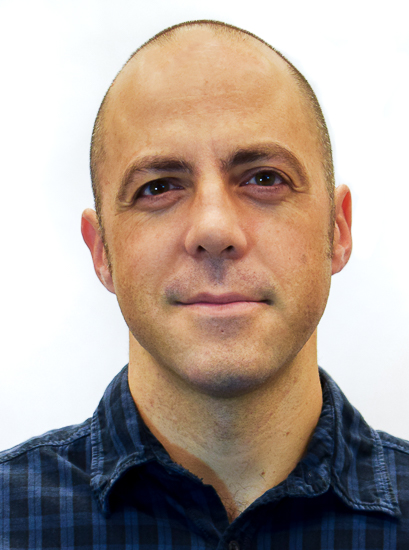