Robin Hood might have become a legend by robbing from the rich and give to the poor but contemporary efforts to curb inequality might be a bit too much to handle even for the folklore legend.

In a study recently published in Land Use Policy, researchers have found links between tenure security and wealth inequalities in tropical forest communities and warn that if interventions are carried out without consideration to local power and income patterns, the efforts risk causing a reversed Robin Hood situation, exacerbating current inequalities.

On the other hand, interventions that pay good attention to these patterns could help mitigate inequalities.

The elite takes it all

The study found that in villages with higher wealth inequality, perceived tenure security varied more and was lower overall. In addition, these villages displayed more unequal distribution of forest-related income.

The study villages depend largely on benefits from forests, or forest-based incomes, which were found to be subject to elite capture, a term used for when the rich and powerful control decisions and resources. Wealthier individuals in the villages were found to collect a disproportionately large share of the forest-based income. Some evidence however suggested that external sources of income, such as funds from government programmes, tend to target less wealthy households. Since the majority of households did not receive any external income, however, this pattern needs to be looked into more.

The team directs their findings especially to implementers of REDD+, an international initiative to help stop deforestation and climate change, presenting some important points to consider.

Existing inequalities in wealth within villages are closely related to inequalities in tenure security, and in distribution of forest income and external income. The implementers of forest conservation measures such as REDD+ have to actively understand and address the complex problems of inequality within rural villages that depend on forests or risk reinforcing them.

Not only do forests provide the planet’s populations with critical ecosystem services such as water purification and protection from flooding and soil erosion. They are also an important biodiversity pool, being the home of millions of species. At least half a billion people also completely depend on forests for their survival. Global forest cover is constantly decreasing, and especially tropical forests are continuing to be cleared for e.g., soy and palm plantations. Carbon emissions from deforestation and forest degradation surpass the emissions from the entire transport industry globally.

The idea of REDD+ (Reducing Emissions from Deforestation and forest Degradation) is to offer a performance-based economic compensation for conserving forest areas, providing an alternative income source to clearing the forests for plantations. By preventing a forest from being cut down, the intervention will also lead to more benefits from the forest being available for harvest.

"There is a risk however that this will mostly benefit those forest users who are relatively better off economically, causing a deepened socioeconomic divide," centre researcher and co-author Grace Wong explains. This is partly due to the presence of elite capture of forest-based income and partly due to the fact that the wealthier members likely will have greater opportunities to make the changes required by the programme, pocketing most of the compensation.

This also creates a risk of the programme undermining its own conservation goals, since “many members of the community run the risk of being less likely to be compensated and therefore uninterested in adopting conservation services”, as the authors conclude. They continue to argue that payments based on both social and emission reducing goals could better help reach conservation goals in the long term.

Observations useful for other interventions

The study used interview data from just short of 4000 households in 130 villages located in six countries: Brazil, Cameroon, Indonesia, Peru, Tanzania, and Vietnam. The villages are located both within and outside of sites designated for REDD+ in a before-after control-intervention research design. This paper analysed data from the before-stage before any of the programme’s interventions were carried out. This means that the authors could not examine the effect of the interventions on income inequalities. They do however argue that “the patterns we observe here can be useful in anticipating, monitoring, and avoiding REDD+ interventions that could contribute to increasing income inequality.” The study also provides useful information to compare with data from the after-stage.

In summary, Grace Wong and her colleagues believes REDD+ holds potential to either combat or catalyse both deforestation and wealth inequalities.

"Implementers needs to make sure to pay careful attention to inequalities in order to bring changes in the direction they intend," they conclude. 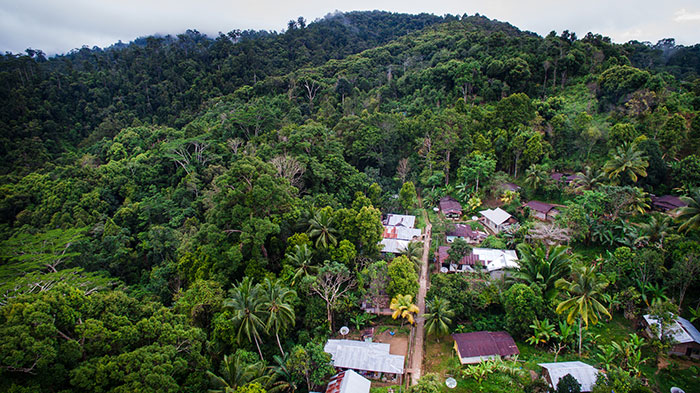 Aerial view of one of the villages analysed in the study: 'Kampung Kolam' at Honitetu, West Seram Regency, Maluku, Indonesia. Photo: A. Sanjaya/CIFOR/Flickr

The researchers assessed how current wealth inequality relates to tenure security and benefit flows from forest use. Does forest use contribute to more or less socioeconomic inequality within user groups? How can future community-based forestry interventions be designed so that benefits are shared equitably, and help those users who are in greatest need?

To address these questions, they analyzed data collected through interviews with 3929 households in 130 villages at 17 subnational REDD+ sites in six countries: Brazil, Cameroon, Indonesia, Peru, Tanzania and Vietnam. The Center for International Forestry Research collected the data for their Global Comparative Study (GCS) on REDD+. In each village, researchers collected information through multiple approaches, including a survey of 30 randomly selected households. The households and villages represent the wide variety of situations and contexts in which community-based forest conservation initiatives intervene to try to conserve tropical forests. 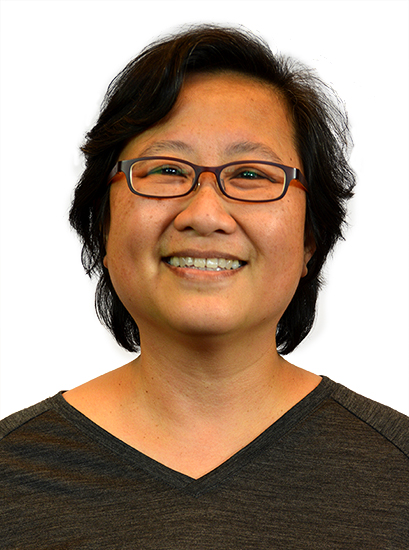 Grace Wong is a natural resource economist. Her work has largely converged on assessing social, economic and ecological trade-offs in tropical environments, focusing in particular on the interface of development, socio-political processes and environmental change. She has worked extensively throughout Southeast Asia and Latin America.