New study looks at how ecological compensation is being operationalized in Sweden as way to both develop and protect biological and socio-cultural areas, such as Sami reindeer herding. Mats Andersson/Flickr

New study looks at ecological compensation, a novel legal and policy instrument, and how Sweden is using it to balance development and conservation of important biological and social areas

Development sometimes comes at a cost. This is often exemplified when it comes to human development versus ecological conservation. However, it does not always have to be a case of one versus the other.

A number of legal and policy instruments have been developed with the intention to allow society to advance, without losing important ecological and biodiverse areas. Ecological compensation, for instance, is a legal and policy instrument that aims to mitigate ecological loss at the expense of development by avoiding, minimising, restoring biodiversity impacts before resorting to compensation with alternative preserved areas.

Ecological compensation is being adopted in many parts of Europe, including Sweden, as one instrument to meet the EU-wide “No Net Loss (NNL) of Biodiversity and Ecosystem Services” policy. The policy for ecological compensation is clearly laid out if development is proposed in Natura 2000 areas, a European-wide network of protected areas, but outside policy and legislation become ambiguous. In addition, NNL does not explicitly consider trade-offs between development and social and cultural values embedded in a landscape.

Protecting social equity, including rights of the Sami people, should be further developed in Sweden, both in legislation and implementation of ecological compensation

For ecological compensation policy to be understood, the authors consider the Convention on Biological Diversity (CBD), which provides guidelines for safeguards in biodiversity financing mechanisms. They use use two key entry points for the analysis: (i) equity principle, which suggests equal sharing of resources, and the (ii) mitigation hierarchy, which aims to minimize ecological loss before it occurs.

Within mitigation hierarchy, first there is an “avoidance” step, where all ecological change is considered, regardless of what will be compensated in return. If development is approved, damage must be minimized and ecological compensation must occur. Currently across Europe, compensation is often a pollution tax. While a pollution tax is monetary compensation, there is no clear link to actual restoration of ecosystems.

Based on their understanding of this policy gap Hahn suggests that a new principle called the ‘Developer-Pays Principle’ (DPP) should oblige the developer to finance restoration or other investments in ecosystems.

The Mertainen mine and E12 highway expansion cases demonstrate varying consequences of ecological compensation, and help to highlight how the policy tool could be better implemented in Sweden.

The Mertainen mine proposed in northern Sweden provides jobs to a staggering economy, but would infringe on 1220 hectares of unprotected, biodiversity-rich wetlands and forest habitats. The mine would also impact indigenous reindeer husbandry and an area used recreationally for hiking.

The E12 highway extension infringes on 6.3 hectares of a Natura 2000 protected area with low ecological value, but would result in bird habitat loss and landscape fragmentation, which impacts an ecosystem’s biodiversity.

In terms of finding appropriate compensation land, Koh suggests that both the process is highly individualized. In the Mertainen mine case, authorities used quantitative measures to determine how much ecological compensation was necessary, whereas in the E12 high extension, authorities use a qualitative approach. While a customized approach ensures consideration of a given context, it demands a lot of time and resources to decide where and what type of land should be compensated for.

In both cases, safeguards are vital to ecological compensation. Ituarte-Lima highlights that the case studies show that biodiversity and social safeguards are intertwined with human rights, such as cultural rights, and rights over natural resources. In creating an environment for exercising these rights, Ituarte-Lima says, “it is important to consider the impacts of loss and degradation of biodiversity in society, especially the effects on people in disadvantaged positions or with differentiated individual and collective rights.”

Finally, the authors find that social impacts must be further developed. Ituarte Lima notes that, “Protecting social equity, including rights of the Sami people, should be further developed in Sweden, both in legislation and implementation of ecological compensation.”

As highlighted in the social and ecological characteristics of the Mertainen mine case Hahn suggests that “when property rights and equity issues are at stake, an in-depth investigation of operationalizing social safeguards including human rights, and social value compensation, should be required.”

While the authors are clear that what the legislation should require goes beyond the scope of this study, Hahn highlights that, “Even if all of challenges are met, ecological compensation can never be the main instrument for conservation.” It should, he says, complement appropriate and effective legal framework that protects biodiversity and ecosystems, while ensuring the sustainable and equitable use of ecosystem services.

The authors used a case study method, and selected two case studies in Sweden that legally required compensation under the Swedish Environmental Code, Chapter 16.9; (1) Mertainen mine, and (2) the extension of the E12 highway. Selected cases shed light on different challenges and complexities when it comes to operationalizing ecological compensation.

The authors use a multilevel governance framework of international principles, CBD guidelines, and national legislation, which allow them to understand how ecological compensation could be operationalized in Sweden. They analyzed court documents, environmental impact assessments, and land use plans. They also conducted semi-structured interviews with key informants from County Administration Boards, Land and Environmental Courts, municipalities, developers, environmental consultants, landowners, indigenous peoples, and local communities.

Niak Koh is a PhD candidate researching policy tools for balancing development with the conservation of biodiversity and social equity. 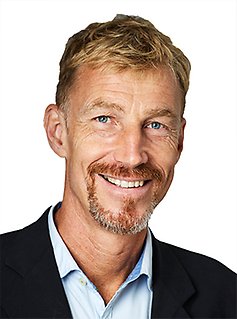 Thomas Hahn is an associate professor, who researches ecological and institutional economics in relation to ecosystem services, financial instruments, and adaptive governance of social-ecological systems.