Speaking at the Stockholm EAT Food Forum in 2016, centre director Johan Rockström and board member Pavav Sukhdev pushed for a new way of viewing the economic, social and ecological aspects of the Sustainable Development Goals (SDGs). The accompanying illustration implies that economies and societies are seen as embedded parts of the biosphere. Click on illustration for high-res version (credit: Azote Images for Stockholm Resilience Centre)

The SRC is an internationally acknowledged research centre on sustainability science. It departs from the acknowledgement that in our globalized society, there are virtually no ecosystems that are not shaped by people and no people without the need for ecosystems and the services they provide. Based on this, the SRC has led the ground breaking work of identifying nine planetary boundaries within which humanity can continue to develop for generations to come. It has also developed seven principles for building social-ecological resilience.

In November 2016, the SRC gathered the world’s most powerful seafood companies in quest to turn industry more sustainable. The result was a commitment to improve transparency, traceability and reducing illegal fishing in their supply chains. The dialogue, which was based on SRC’s ground breaking work on identifying keystone actors, led by SRC’s Henrik Österblom, discussed the role business leaders have in addressing some of today’s most urgent sustainability issues. Read more here

During 2016 centre researchers published scientific articles in within sustainability science for biosphere stewardship. These include:

Integration: The key to implementing the Sustainable Development Goals. Seven recommendations on how to improve interlinkages between the SDG’s (Stafford-Smith, M. et al. 2016)

Contributing to all SDG goals.

Contributing to SDG goals 17 and 16

Centre director Johan Rockström and board member Pavan Sukhdev provided the opening key note speech at the 2016 EAT Stockholm Food Forum with a fresh take on how food links to all the Sustainable Development Goals. The introduction also launched a model to illustrate the links, which has since been used extensively within science and policy (see below).

The SRC is the scientific partner to the annual EAT Stockholm Food Forum which uses food as a lens to tackle health and sustainability challenges. In 2016, the forum covered consumption and production patterns, cities, accountability, agriculture and innovation across the food industry. A new EAT-Lancet commission will, for the first time, assess pathways to deliver healthy diets from sustainable food systems to a growing world population, and whether this is possible while staying within planetary boundaries. It can help policy makers by providing a roadmap for how transformation of the food system can support the SDGs. Read more about EAT here 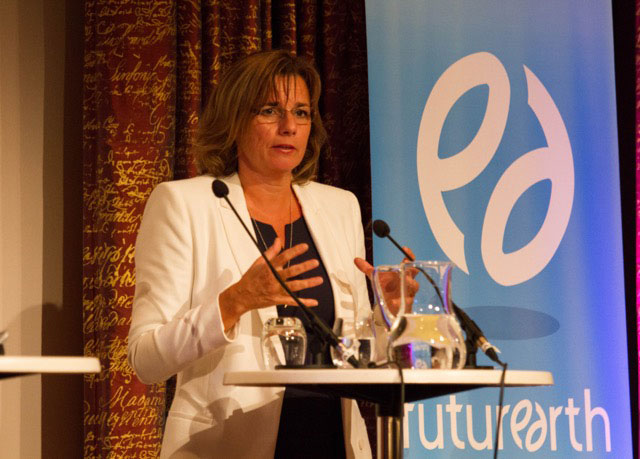 In August 2016 IPCC leaders, including new Chair Hoesung Lee, met in Stockholm to discuss research gaps from the previous report and how the science community can fill these gaps. The meeting, hosted by the Stockholm Resilience Centre and Future Earth, focused on mitigation and adaptation options, refining IPCC’s integrated risk framework, scenario development in light of new political agreements and regional challenges. Over 80 academics joined the three-day meeting with many participants from developing countries. During the opening of the event Hoesung Lee remarked that these major political milestones will inevitably influence the shape of the next IPCC report. Swedish Deputy Prime Minister Isabella Lövin (pictured above) said policy-makers need research directly related to the role of climate on conflicts, war, land degradation, food security and, inevitably, migration.

In November 2016, centre researchers helped launch the Arctic Resilience Report. The report is the culmination of a five-year scientific effort to better understand the nature of Arctic change, including critical tipping points. It shows that Arctic ecosystems are increasingly threatened by climate change and other impacts of human activities. Based on research from the centre, the report identifies 19 tipping points that could or have occurred in Arctic marine, freshwater and terrestrial ecosystems. The report builds on a large and growing body of research on environmental change in the Arctic, but adds substantial new insights by drawing on resilience science to integrate social and ecological perspectives. Read more about the report here 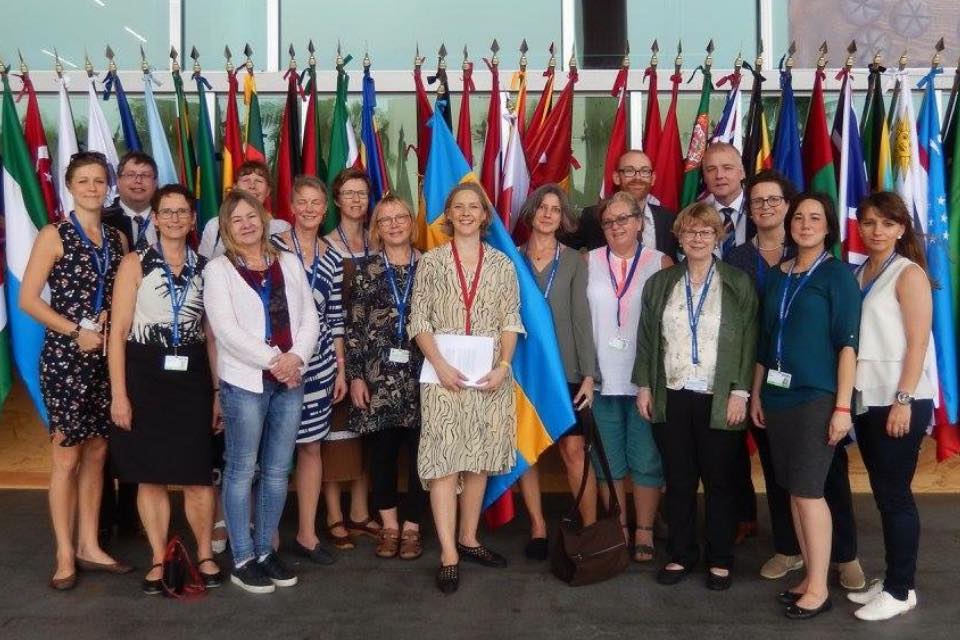 The SRC and SwedBio enjoy a much-respected position within the works of the UN Convention on Biological Diversity (CBD). Staff from SRC were actively involved at the 13th meeting of the Conference of the Parties to CBD (CBD COP13) which took place in Cancún, Mexico, in December 2016. Maria Schultz, director of policy and of the SwedBio programme at SRC and Pernilla Malmer, senior advisor at SwedBio, were part of the Swedish Delegation lead by the Ministry of the Environment and Energy (pictured). Staff from the SRC and Swedbio organised 15 side-events at the Conference of the Parties to CBD including the presentation of a discussion paper which demonstrates how the Aichi biodiversity targets and the SDG’s can be mutually supportive for effective implementation.

Through the Intergovernmental platform on biodiversity and ecosystem services, SRC researchers add how SRC’s approach to social-ecological systems can support UN biodiversity assessments. E.g. through a methodological assessment report on scenarios and models. Goal: 15, 14

SRC’s GRAID brought the Global resilience partnership together e.g. for a three-day workshop building collaboration and bringing the worlds of resilience research and development practice together. Goal: 17, 1, 3, 15

SRC’s SwedBio further developed a Multiple evidence base to connect across knowledge systems, based on communities own identified needs, priorities and methods. Goal: 10, 1

SRC was deeply engaged in UN Habitat III. The centre’s Thomas Elmqvist, Owen Gaffney, visiting professor Timon McPhearson and colleagues wrote in Nature in advance of the summit: “Rapid urbanisation is one of the biggest social transformations in human history”, but they argued urban research is “disparate, marginalised and ill-prepared” to inform global policy effectively. They argued for five steps to break out of the status quo. Goal: 11, 9

SRC was part of a consortium commissioned by the European environment agency, contributing to an evaluation of how the planetary boundary concept can inform EU policies, in particular under Agenda 2030. Goal: 15, 14

SRC researcher took part in a UN expert consultation by the UN special rapporteur on human rights and environment on how safeguarding human rights whilst maintaining healthy ecosystems and biodiversity. Goal: 10, 15

SRC is part of the GEDB programme addressing economic dynamics of global change and its implications for a sustainable future. Goal: 8, 15, 14

SRC is part of Live Baltic campus on how campuses, incl. SU’s forthcoming Albano, can be leaders in transformation to sustainable urban development. Goal: 11, 9.

SRC researchers contributed to Baltic health index, the first Baltic Sea assessment that includes humans as a part of the marine ecosystem. Goal: 14, 3.