Resilience thinking has become mainstreamed in science, practice, policy and business, according to science director Carl Folke. This includes attempts to improve the management of the Great Barrier Reef in Australia. Photo: Sarah Ackerman/Flickr

An encyclopedia of resilience

• Resilience thinking has gone from the fringe to becoming more and more mainstreamed in practice, policy and business

• What started more than 40 years ago with C.S. “Buzz” Holling’s work is more relevant than ever to navigate today’s global challenges

Centre science director Carl Folke has been one of the world’s leading scholars in resilience thinking for decades. Now, he has summarised more than 40 years of resilience research in an article published in the Oxford Research Encyclopedia of Environmental Science. It is part of the Oxford Research Encyclopedia (ORE) programme, through which Oxford University is building a collection of online encyclopedias in more than twenty disciplines. They are all continuously updated by the leading scholars and peer-reviewed to combine “the discoverability of digital with the standards of academic publishing,” as the ORE program puts it on its website.

Carl Folke concludes that resilience thinking has gone from the fringe to becoming more and more mainstreamed in science, practice, policy and business across the world, ranging from major international research platforms and poverty alleviation efforts to political frameworks and business strategies.

His article ranges from the early scientific work in the 1970s to the explosion of both research and practical applications of resilience thinking in more recent times.

In the last 15 years, the number of scientific publications on resilience in relation to the environment has increased about 25 times, to well over 6,000 publications with more than a total of 120,000 citations across the natural sciences, social sciences, and humanities, and in interdisciplinary journals.

Coupled systems of humans and nature

Today, resilience thinking is found in studies on everything from ecology, technology and international relations to politics, urbanization and disaster management. Altogether, Carl Folke lists more than 25 areas and disciplines where resilience is used today.

Resilience thinking embraces human and natural systems as complex intertwined entities constantly undergoing cycles of change, and seeks to understand the qualities of such systems that must be maintained or improved in order to achieve sustainable development.

"Resilience thinking can be viewed as a subset of sustainability science and has a strong focus on complex adaptive and truly intertwined social-ecological systems of people, communities, economies, societies, and cultures interacting across spatial and temporal scales with ecosystems as part of the biosphere," writes Carl Folke.

When it comes to applying resilience in policy and practice, things are also moving fast. For example, resilience thinking has played a central role for everything from the management of the Great Barrier Reef in Australia via assessments of the future of the Arctic to The Global Resilience Partnership’s strive to build more resilient futures for millions of people in Africa and Asia.

Resilience thinking is also part of the 100 Resilient Cities collaboration, the Transition Towns movement and the global flood resilience alliance initiated by an insurance company. Another milestone is the 2008 report “Roots of Resilience: Growing the Wealth of the Poor” by World Resources Institute, UNDP, UNEP and the World Bank. Not to mention the UN-High Level Panel on Global Sustainability’s 2012 report “Resilient People, Resilient Planet: A Future Worth Choosing” and The World Economic Forum’s Global Risks 2013 report focusing on resilience.

The legacy of "Buzz" Holling
The main focus of Carl Folke’s review is the kind of resilience thinking first introduced by Canadian ecologist C.S. “Buzz” Holling in 1973. It was done in a seminal article in the journal Annual Review of Ecology and Systematics, which has had a substantial impact within ecology and other natural and social sciences. This version of resilience is also the core concept of the Stockholm Resilience Centre’s research framework and is as such continuously being advanced in the centre’s research for improved governance and management of social-ecological systems for human wellbeing and long-term sustainability. 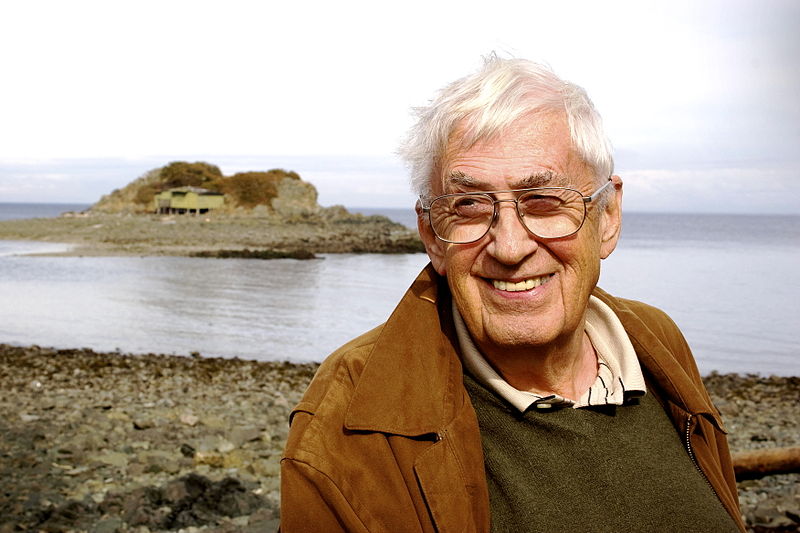 The centre’s and Holling’s interpretation of resilience is richer than most other uses of the word, Carl Folke explains:

“Many tend to interpret resilience as bouncing back after a disturbance, or recovery to what you were before in more general terms. This way of looking at the world often focuses on trying to resist change and control it to maintain stability. Our take on resilience, on the other hand, deals with complexity and true uncertainty and how to learn to live with change and make use of it”.

"In resilience thinking, adaptation refers to human actions that sustain development on current pathways, while transformation is about shifting development into other emergent pathways and even creating new ones," Carl Folke writes.

In essence, resilience thinking can help us avoid the trap of simply rebuilding and repairing flawed structures of the past, like an economic system overly reliant on risky speculation and overexploitation of natural resources. On the contrary, resilience thinking is about anticipating, adapting, learning, and transforming human actions in light of the unprecedented challenges of our increasingly turbulent world.

The last sentences of Carl Folke’s article in the Oxford Research Encyclopedia of Environmental Science, neatly summarise why the 40+ years old resilience concept is more relevant than ever (click on the links in the quote to learn more about the concepts mentioned):

"Confronted with planetary boundaries , it will become central for human well-being in the urbanized 21st century to create incentives for transformation of human actions towards stewardship of complex adaptive social-ecological systems in ways that are in tune with the resilience of the biosphere . Well-being and development ultimately rests on biosphere capacity."

Carl Folke is science director of the Stockholm Resilience Centre. He has extensive experience in transdisciplinary collaboration between natural and social scientists and is among the most cited scientists in the world on resilience thinking.