ICLEI from Learnways on Vimeo.

An app called THRIVE which offers 60 nature-based solutions that can help improve people's lives across sub-Saharan Africa, was among the top nominees in the category for Best Mobile Learning during the Swedish Learning Awards 2016.

THRIVE, is a step-by-step guide on how to implement 60 nature-based solutions for the protection and sustainable use of natural assets in cities across sub-Saharan Africa, made it all the way to the finals as one of three top nominees in the category for Best Mobile Learning during the Swedish Learning Awards 2016.

The category Best Mobile Learning highlights learning productions that have primarily been designed to be used on mobile devices such as cell phones, smartphones, tablets and handheld consoles. The award draws attention to the best and most elaborate productions designed for mobile hardware, used in an innovative and effective way to achieve training objectives.

"Gratifying and encouraging"
The Thrive mobile app is a guide on how to achieve the most with limited resources and houses solutions that can be achieved by an individual or community, at the local scale.

“This is enormously gratifying and encouraging for the project and for SwedBio’s partner ICLEI Cities Biodiversity Center who led the development of Thrive. We look forward to following the application of the app within the SwedBio-funded programme Urban Natural Assets for Africa: Rivers for Life”

The content is based on a needs assessment and input from over 20 specialists involved in the creation of Malawi’s Integrated Catchment Management Guidelines. These were created by Aurecon in consultation with many different stakeholders within Malawi’s government, Shire River Basin Management Program and stakeholders throughout Malawi. The final application content was then compiled and adapted using numerous sources, including local input from each city participating in the Urban Natural Assets for Africa (UNA Africa) programme.

Thrive is created for Android users – results from a survey of users showed that it was the most popular mobile operating system amongst the UNA Africa project participants. It was user tested with a core user group of 30 participants from the UNA cities in order to ensure that it is a useful and user-friendly tool.

The actual app was produced by Learnways and can be downloaded for free via Google Play. It is accompanied by a dedicated website and introductory animated video.

In partnership with ICLEI 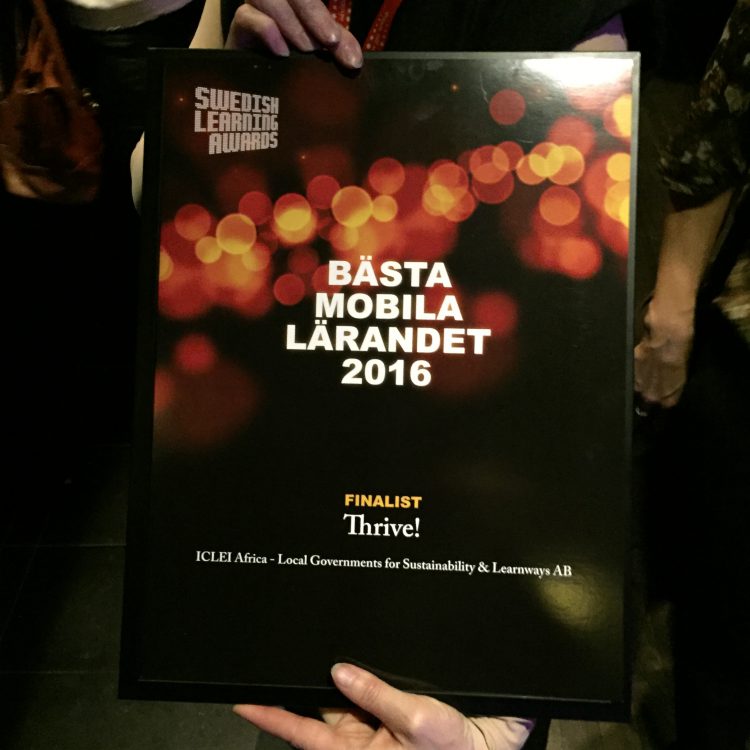 Download THRIVE for free via Google Play, and watch the introductory animated video