A new book on the consequences of interactions between humans and wildlife, argues that a better assessment of bushmeat-related activities is necessary to improve management of future disease outbreaks. Photo: C. Stanley/Flickr

The Black Death, Spanish influenza and HIV/AIDS are among the most devastating pandemics in human history. These diseases are zoonoses, it means that they can be transmitted from wildlife to humans.

Similarly, the recent Ebola outbreaks have been linked to pathogens from so called bushmeat, meat derived from wild animals in the tropics, like reptiles, birds, and mammals.

“Even though this health risk has been known for decades, a comprehensive review of the different pathogens that may emerge from wildlife through bushmeat-related activities has been lacking until now,” says centre researcher Björn Schulte-Herbrüggen.

He is co-author of a chapter on the role of bushmeat for emerging infectious diseases in a recent book entitled “Problematic Wildlife: A Cross-Disciplinary Approach”. The book, published by Springer in December 2015, provides insight into how interaction between humans and wildlife can create problems and what can be done to solve them.

Interdisciplinary approach needed
The chapter by Björn Schulte-Herbrüggen is written together with US colleagues from Bucknell University in Pennsylvania, and deals particularly with the complex social and environmental issues surrounding bushmeat, poverty, conservation and public health.

“We are in no way suggesting that this is more important than other pressing health issues in sub-Saharan Africa, but we do argue that a better assessment of bushmeat-related activities is necessary to improve management of future disease outbreaks,” explains Björn Schulte-Herbrüggen.

Considering the fact that it is often the poorest and most vulnerable people who depend on bushmeat, Schulte-Herbrüggen and colleagues conclude that the problems should be addressed in an interdisciplinary and holistic manner. Along these lines the authors conclude that even though the health risk would be reduced if people stopped harvesting bushmeat, this solution is not at all realistic because affordable alternate protein sources are often limited and in some areas people depend on bushmeat sales for their income.

Instead communities could hunt smaller-bodied mammals while restricting hunting of primates, as many diseases originate from them. Moreover, the authors emphasize that any such intervention should involve community leaders and public outreach to reduce the risk of alienating communities. 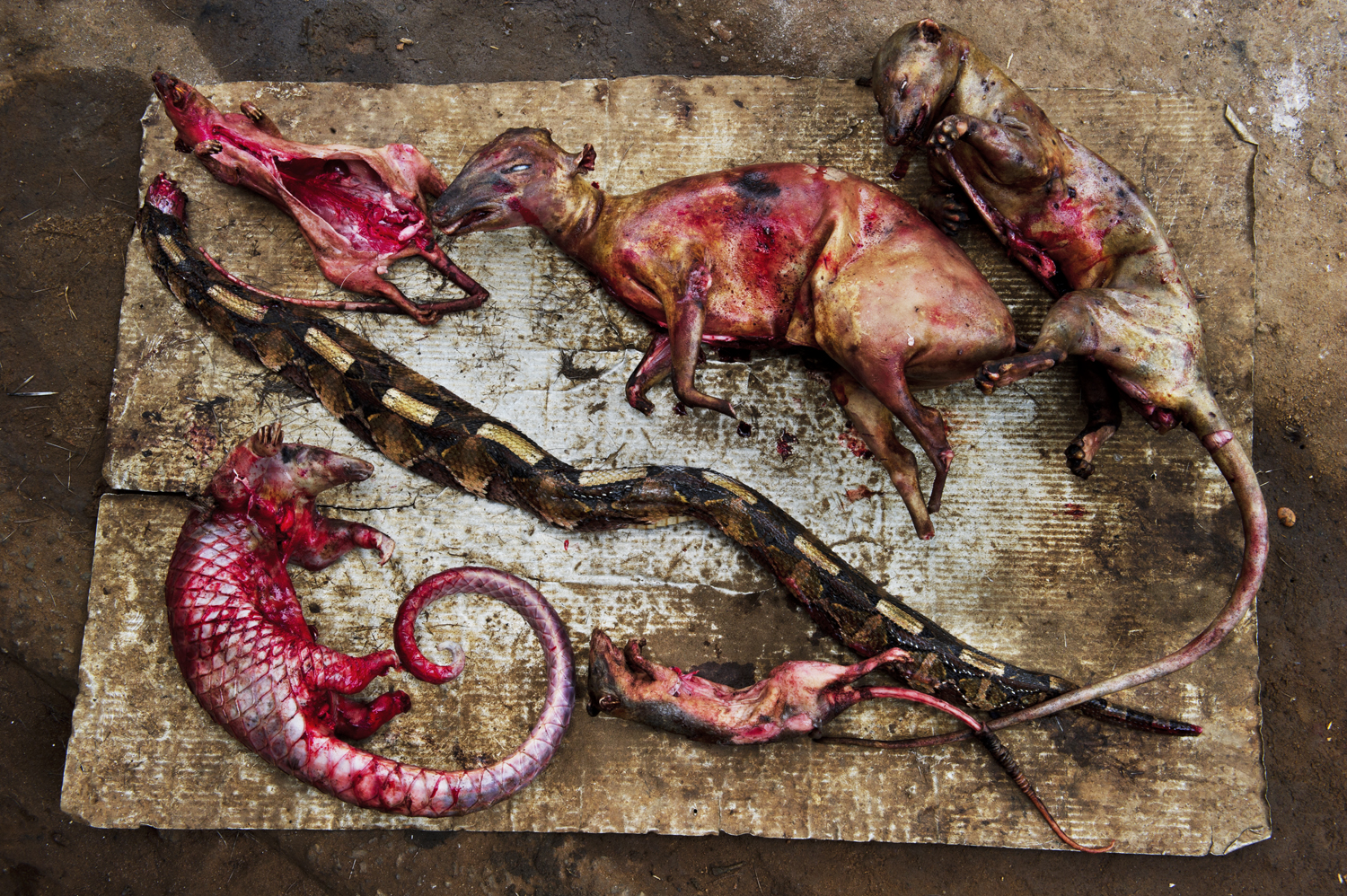 Yellow fever, Lyme disease, rabies, and malaria are all examples of zoonotic diseases that have been linked to such environmental changes. Many of these land use alterations are occurring in sub-Saharan Africa where they also drive the consumption of bushmeat and consequent disease outbreaks, including Ebola and monkeypox.

Zoonotic diseases can be transmitted from animal hosts to humans in many different ways. The most common ways are through shared vectors, such as mosquitoes for malaria, indirect contact, such as exposure to rodent faeces, or direct contact with an animal through consumption, animal bites, and scratches.

Bushmeat has for long been a staple source of protein among the rural poor, but has more recently expanded and become a multimillion-dollar business. Urban consumers have been identified as a driver, as they value bushmeat as a luxury food item for its taste, and for its cultural connotations. While city dwellers generally eat less bushmeat than rural communities, urban populations in Africa have increased dramatically from about 15 % of the total population in 1950 to more than 40 % today.  This has created a strong demand for bushmeat and hence market for rural hunters.

The increasing demand for and access to bushmeat has also been driven by changes in hunting technology, when traditional hunting tools have been replaced with guns and snares. Hunting efficiency has also improved because remote forests have become more accessible through the construction of logging roads and improved transportation.

Proactive approaches
To deal with the problem of zoonoses from bushmeat the authors advocate a proactive approach, including better monitoring, education and public awareness campaigns. It is, however, important to acknowledge that even when people do believe the risk is real and relevant, there is no guarantee this promotes a change in behaviour.

“Campaigns should not rely on the threat of infection to change behaviour, but rather use community leaders to change cultural norms associated with hunting and educate people involved in butchering about best practices of how to protect themselves,” the authors write.

Such proactive measure would be much more humane and cost effective than current global disease control efforts, which tend to focus on responding first when a disease outbreak has started to unfold.