"Ending poverty and safeguarding Earth's life support system must be the twin priorities for the Sustainable Development Goals," says Johan Rockström, centre director and a co-author of the Nature article.

“As the global population increases towards eight billion people sustainable development should be seen as an economy serving society within Earth's life support system, not as three pillars" 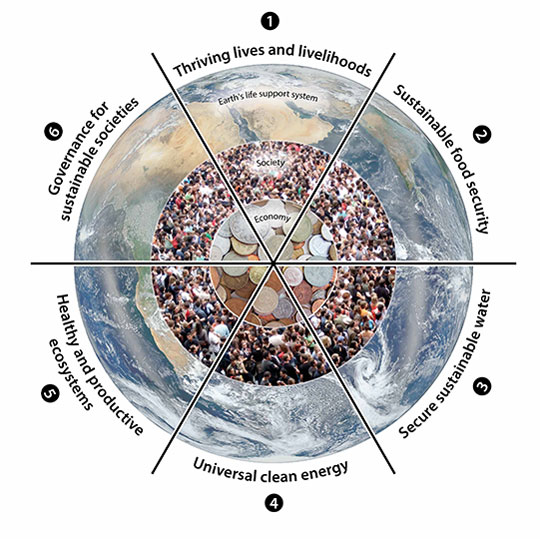