Urban sprawl in Cape Town: With 3.9 million inhabitants, the city grows by 80,000 people per year, mainly due to migrants from rural countryside, and other parts of Africa. Photo: R. Kautsky/Azote

The world is turning increasingly urban with more than five billion people projected to live in cities by 2030.

Scientists now warn that societies and cities should no longer considered to be separate from nature and countryside but rather as integrated, interactive parts of a bigger social-ecological system.

Increasing uncertainty
In an attempt to broaden the discussion concerning urban resilience, centre researchers Henrik Ernstson and Thomas Elmqvist along with researchers from South Africa and the US have published an article in Ambio on urban innovation and resilience.

"We wanted to show that ecological resilience theory can help us understand cities and harness urban innovation towards more sustainable and resilient cities",says Henrik Ernstson.

Based on this the researchers argue that increased urbanization, although riddled with increasing uncertainty, represent an opportunity for change. This is because big cities are hubs for knowledge and innovation. It is also considered to be crucial for biodiversity conservation.

"Contemporary urbanisation, which is riddled with increasing uncertainty caused by climate change, migration and economic instability, must open up for experimentation, learning and innovation in order to harness a more sustainable urban planning. Simply by having more humans, the speed of information processing in urban social-ecological systems is vastly greater than in other systems", Ernstson continues.

Re-organizing New Orleans
The article uses New Orleans, Cape Town and Phoenix - all three vulnerable to climate change, depleating natural resources and unsustainable energy use - as case studies to show how cities can (or must) think new in their quest for sustainable urbanisation.

If Katrina didnt do it, the risk was always that a different disaster would force the city down on its knees.

Today, and ironically thanks to hurricane Katrina, novel collaborations between urban planners, coastal scientists, ecologists, engineers, architectures and an active civil society have emerged, pushing for a re-organisation and shift in thinking.

No more apartheid, but social inequity prevails
Similarly, Cape Town has also been faced with ecological deterioration as a result of the increasing quest for urban space. The city has extended fast, occupying 40 percent more space today than 25 years ago.

Wealthy home-owners have sprawled into attractive mountain and coastal areas while poor citizens have been concentrated in flood-prone areas. This unequal expansion has consumed both biodiversity hotspots of the Cape Floral Kingdom, and fertile agricultural land.

In order to protect natural resources within the city, various initiatives have sprung up, such as the identification of a 'biodiversity network' of threatened ecosystems and species. The aim of the network is to involve Capetonians in the conservation of biodiversity through community use of green open areas.

Big city, not much water
In Phoenix, one of the fastest growing cities in the US, population growth and the spread of the “suburban lifestyle" has led to a vast geographic expansion of the city. This in turn has drained this arid city for its ground and canal water as well as making energy consumption go through the roofs.

The method of bying out irrigation farmers to get more water to the city will not work in the long run.

Efforts have now been made to organise a 'Sustainable Cities Network' where member cities share ''best practices'' such as installing more solar power or improved and more sustainable water management.

Time for a rethink
Ernstson and his colleagues argue that city decision-making need to be made more sensitive to ecosystem dynamics so as to integrate the city as part of the surrounding landscape rather than forcing the landscape to adapt to the city.

"To accomplish change, ecosystem services certainly needs to be more explicitly integrated into urban planning. However, there is more to this. As academics, politicians, activists and others nurturing a change we need to find each other across sectors so as to critique policies and knowledge production that de-link society from nature."

"These arenas of innovation should also nurture‘experiments to engage with social—ecological dynamics, and as construction sites for just and alternative city development agendas. The urban arena might just be that hub for new thinking and innovation", Ernstson concludes. 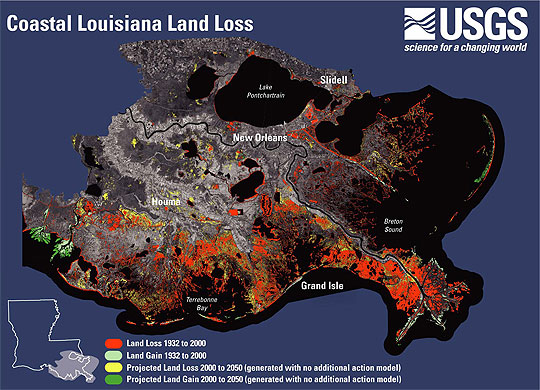 Henrik Ernstson studies cities and urban landscapes from a social-ecological perspective. He is interested in developing frameworks that can account both for ecological complexity as well as issues of social equity and power.

Thomas Elmqvist is a professor in Natural resource management at Stockholm University.
His research is focused on ecosystem dynamics, land use change, natural disturbances and components of resilience including the role of social institutions.