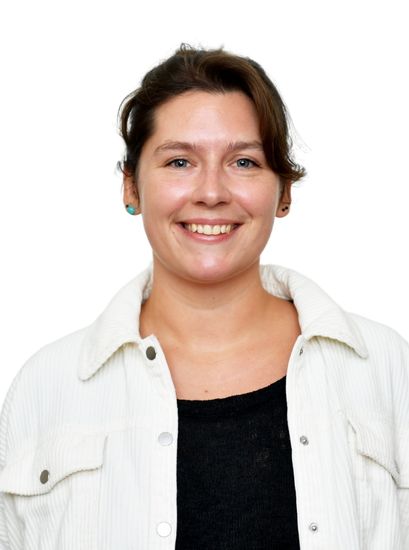 Psiuk supports the Unruly project led by Johan Enqvist which aims to build an understanding of people’s experiences of baboons in urban environments. Psiuk is responsible for laying the groundwork for the participatory process of the project. This includes establishing direct connections with residents, animal rights groups, and other stakeholders, as well as developing and implementing a communications and recruitment strategy.

Psiuk is also part of the Biospherefutures project which aims to gather a set of social-ecological scenario studies to facilitate the creation of a community that can share their experiences. Within the project, Psiuk is working on the social media presents of the project by conducting various outreach activities to increase the number of cases in the database but also active users of the database.

In addition to this, Psiuk is also a teaching assistant for Module 3 of the Social-Ecological Resilience for Sustainable Development master's programme (SERSD). She is responsible for the coordination of the module, particularly managing the connection to the students and to teachers in the Module. She also helps to organise the content of the module.

Psiuk has a background in Psychology from the Radboud University in the Netherlands. During her studies, she focused primarily on social psychology and behavioural science. Psiuk has a broad research interest including social norm, human motivation, intergroup processes, evolutionary psychology, amongst others. In her bachelor’s thesis, she explored the connection between mindfulness and racial biases.

In 2022, Psiuk graduated from SERSD master’s programme at Stockholm Resilience Centre. During her thesis year she conducted a fieldwork in Cape Town to explore the complex interactions between humans and baboons in urban areas.

Psiuk has several years of experience in management. As a general manager in London, she worked in very diverse teams and hold various responsibilities that allowed her to develop a range of soft skills. Psiuk sees those as vital complementarities to her academic background.

During her studies, Psiuk engaged in various voluntary groups. She was a part of the Radboud University Green Office Team that aimed to build awareness about sustainability and the environment by organizing various social events and campaigns. She was also an active member of AGREEn, a sustainability student consultancy, that works with the local partners on various sustainability issues.

As part of AGREEn, Psiuk was involved in the biodiversity assessment at Radboud University campus and scientific validation of the Meetlat tool. Furthermore, Psiuk was part of the Interdisciplinary Honours Programme about Biodiversity at Radboud University. As a part of the project, together with her colleagues, she worked with Rewilding Europe to investigate the relationship between the Common Agriculture Policy, rewilding, and biodiversity.